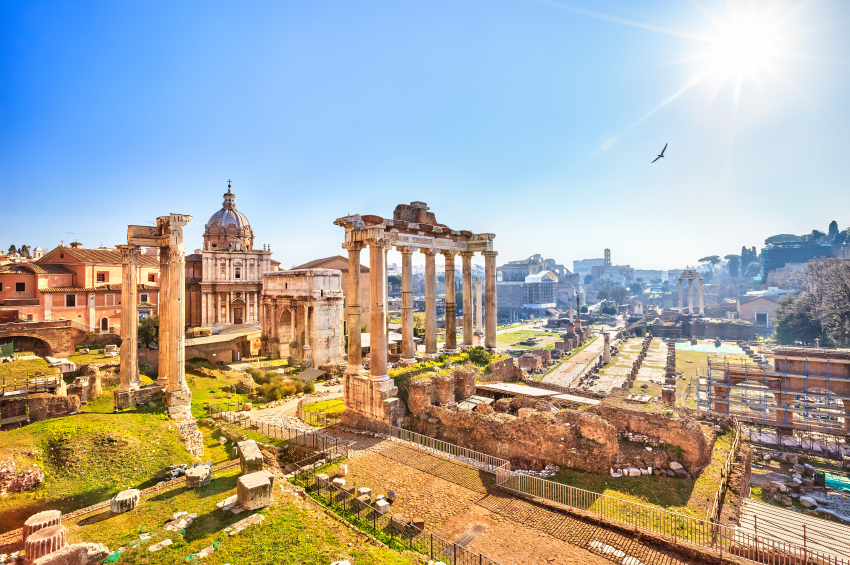 One could easily spend a month in Rome, discovering its precious art, ancient ruins and delectable Italian cuisine—and still not experience it in its entirety. After all, the large city is a veritable open-air museum filled with treasures. But if you only have a couple days to explore the city, here are the key sights you don’t want to miss. 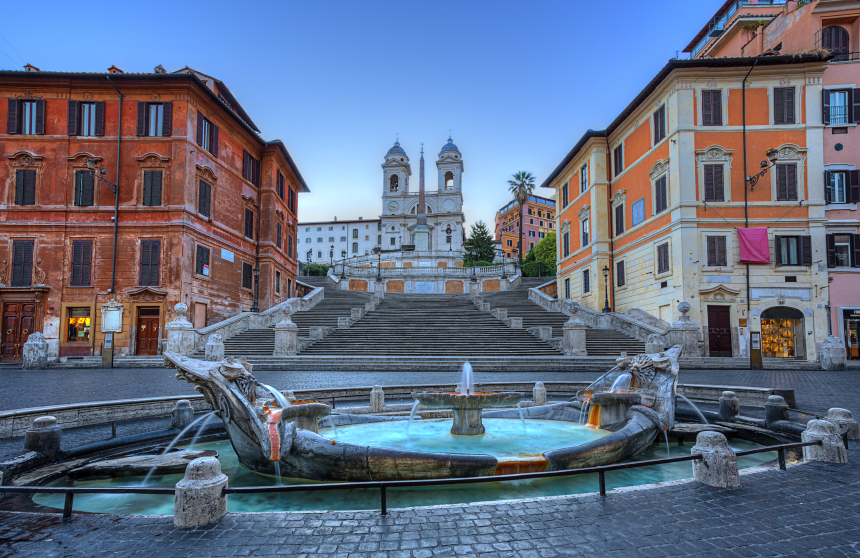 “Meet me at the Spanish Steps!” That’s what writers, romantics and visitors have been doing since the famous landmark was built around 1725. This grand staircase, with a series of steps and a terrace of sorts halfway up, is also a popular resting point where locals and tourists love to hang out and people watch.

Nearby is Trevi Fountain, the city’s largest and grandest, where water spurts and trickles on eloquently carved rock centered by a figure of Neptune. Legend has it, if you throw a coin in the fountain, you will someday return to Rome. 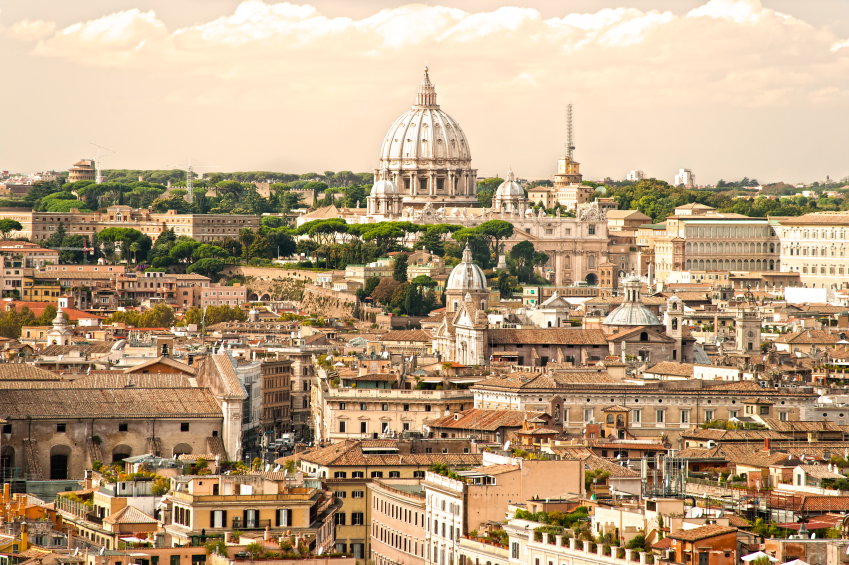 Vatican City is a separate sovereign state that sits inside a walled enclave within Rome. Here, fi nd the Sistine Chapel, where Michelangelo’s famed Last Judgment fresco takes up an entire altar wall, depicting scenes of souls rising to heaven or descending to hell. Also awe-inspiring: his renowned ceiling frescoes with scenes from the Old Testament, including the creation of Adam and Eve, as well as Noah and The Flood.

Within Vatican City, and sitting in front of St. Peter Square, is St. Peter’s Basilica, considered by many to be the holiest of Catholic churches. It is certainly one of the largest churches in the world, and it is also home to Michelangelo’s Pieta, the stunning marble sculpture of the Virgin Mary holding the body of Christ after his crucifixion. The Renaissance artist was only 24 when he completed it in 1499. 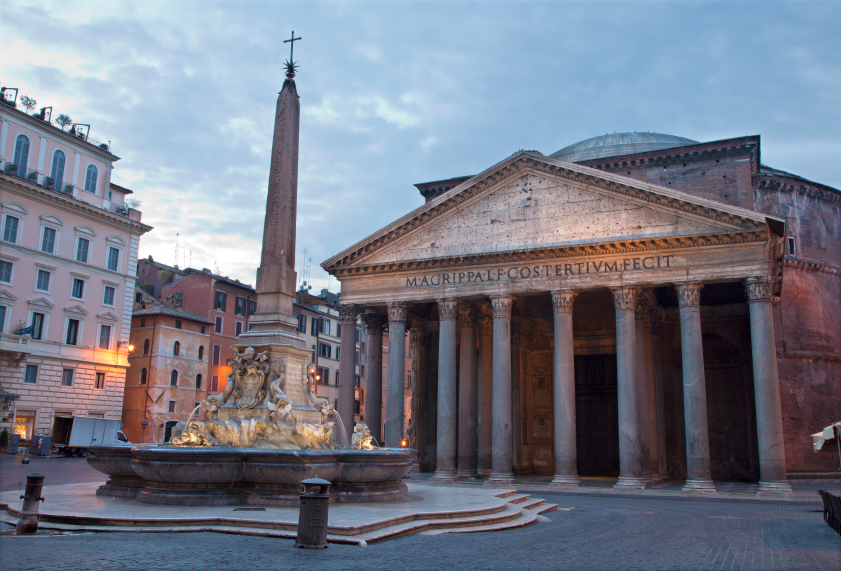 The Roman Forum was the central area of the city around which ancient Rome developed; it is the site of some well-preserved arches and surviving stone columns of temples long gone. One standing seemingly untouched for hundreds of years is the Arch of Septimius Severus, erected in 203 AD as a monument to victories in battle.

Just to the east of the Forum is the Roman Empire’s prominent amphitheater, the Colosseum, which once seated 50,000 spectators. Opened around 80 AD, this is where armor-cloaked gladiators fought to the death—where pouncing lions mauled both the fearless and fearful.

One of Rome’s best-preserved buildings is the Pantheon, built around 120 AD by the emperor Hadrian. Its renowned feature is the enormous dome with a round opening at the top called the oculus. For centuries, the oculus provided the only light to illuminate its spacious atrium, which includes statues and the tombs of Renaissance old master Raphael and two Italian kings.