Here in the US, tipping is not optional in most circumstances, but every country in the world has different guidelines.

Because tipping rules vary by country, region, and place of business, itâ€™s important to research your destinationâ€™s customs prior to any trip. And since there are no real â€˜rulesâ€™, the etiquette of what countries you should tip in can get confusing. We put together a list of 11 top travel destinations and who you should tip and how much. 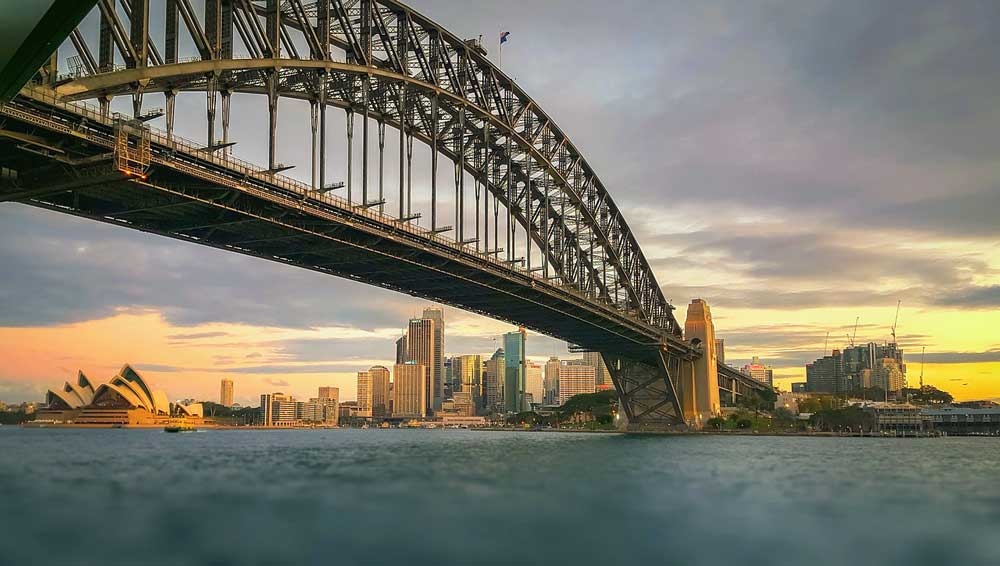 Restaurants: Australiaâ€™s minimum wage is around $18 per hour which has impacted Australians attitudes towards expecting tips. If your service is exceptional, they will always appreciate you rounding up the bill to the nearest dollar.

Hospitality: For the most part, there is no service youâ€™ll receive in a hotel where tipping is standard.

Taxis: While tipping isnâ€™t expected, many Australians will round up to the nearest whole number. Please keep in mind that taxi drivers will add the value of any tolls passed during their journey. 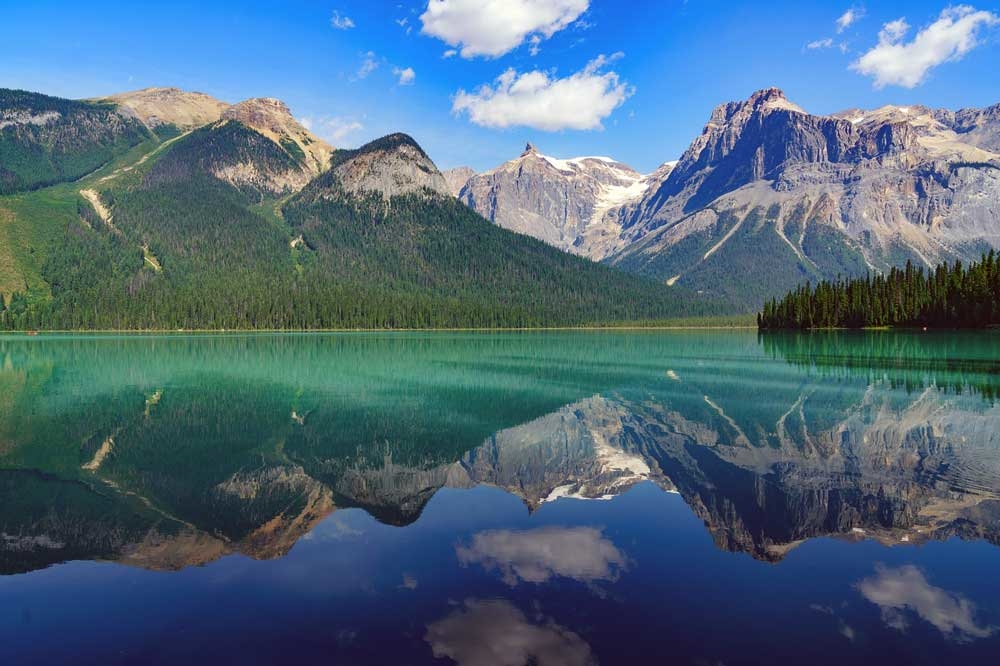 Restaurants: Canadaâ€™s tipping protocols are similar to those in the United States. Most restaurants expect a minimum 15 percent tip and 20 percent for exceptional service.

Hospitality: It is common to tip in Canadian hotels. Tip concierges for excellent service either after every interaction or at the end of your stay. You can leave behind a few dollars with a note for housekeeping, and give porters $1- $2 per bag depending on its weight.

Taxis: Itâ€™s customary to tip cab drivers 10 percent upon arriving at your destination.

Restaurants: Most places in the Caribbean islands follow the same tipping standards as the United States, so in general plan to tip 15% or more. Some Caribbean restaurants incorporate an automatic gratuity, which is about 10% of the meal.

Hospitality: Many all-inclusive resorts discourage tipping, because it is already included, so always check ahead of time with your travel consultant. If this isnâ€™t the case, be sure to tip bag handlers $1- $2 per bag and housekeepers $2 per day.

Taxis: On some islands, taxis operate on a meter system; on other islands taxis adhere to fixed government rates. Also, depending on the island, you may have to pay either per car or per person. Plan to tip around $1- $2 for in-town fares. Tack on a bit extra for late-night, long-distance rides or holidays.

Restaurants: While tipping wasnâ€™t always standard in the Czech Republic, the custom has been catching on. If no service charge is included in the bill, tip 10 percent. Thereâ€™s no need to tip if the bill includes a service charge. It is also customary to hand your money directly to your server, not leave it on the table.

Hospitality: Give bag handlers the equivalent of $1- $2 per bag and housekeepers $3- $5 per day. If a concierge goes above and beyond, feel free to tip him as well.

Taxis: Itâ€™s not necessary, but you can round up the fare to the nearest whole number. 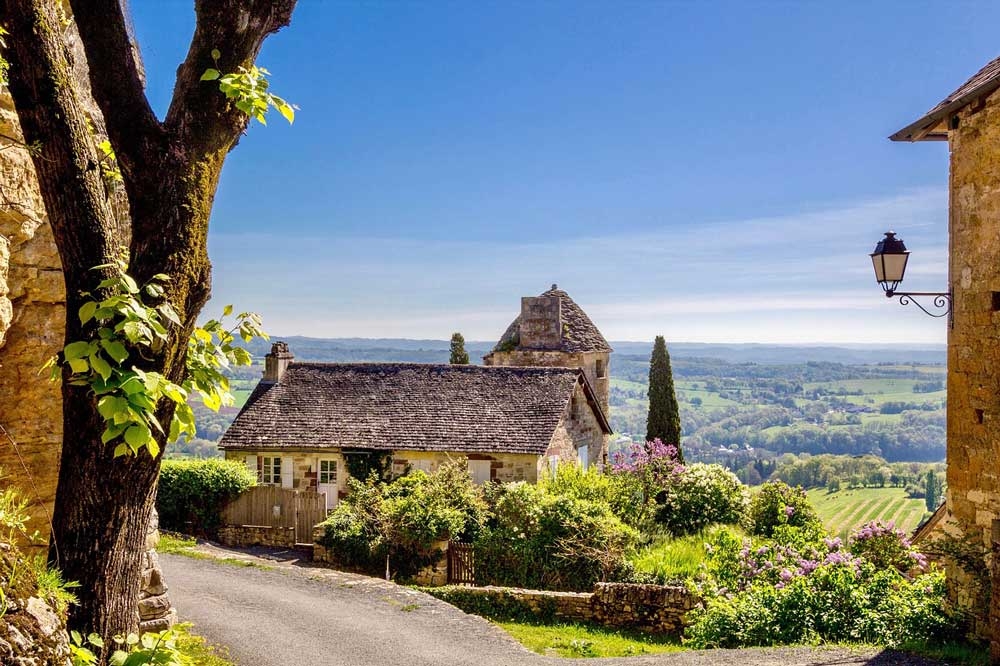 Restaurants: French law requires that service be included in the price. The words â€œservice comprisâ€ on your bill mean no tip is required, but most locals round up their bills with small change (or up to 10 percent of the bill).

Hospitality: Give bag handlers in France 1- 2  Euros per bag and housekeepers around 1- 2 Euros per day. Exceptional service from the concierge, like a restaurant reservation or great advice, should warrant 10 or more Euros. 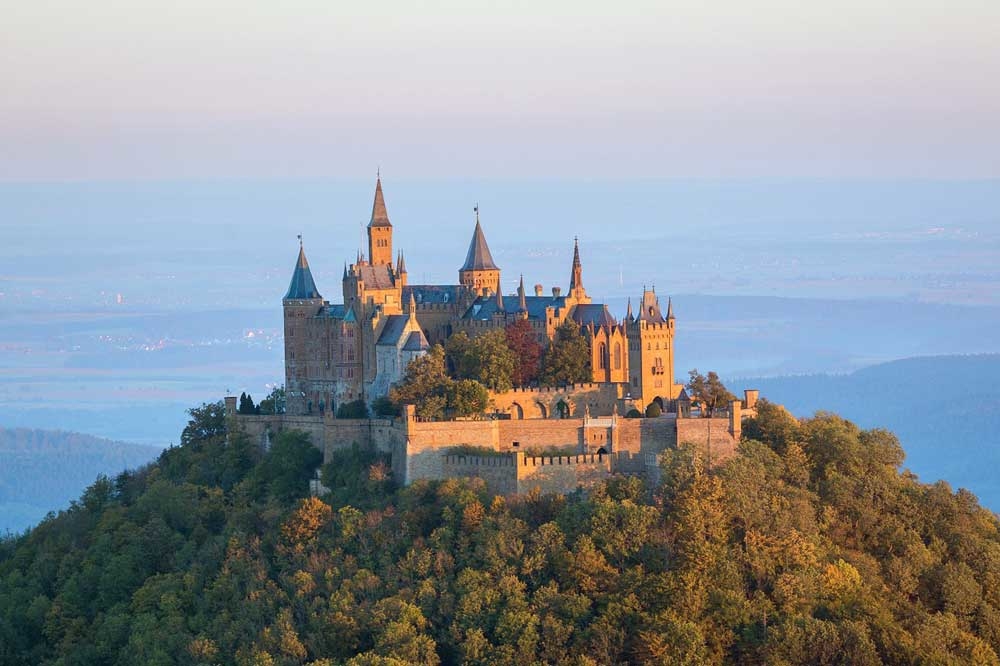 Restaurants: Germanyâ€™s tipping customs work much like Franceâ€™s. Service is included in the price, but itâ€™s customary to round up the bill to an even figure, around 10 percent. Typically, the server will come to your table and tell you your total.

Hospitality: While a tip in Germany‘s hotels arenâ€™t required, itâ€™s courteous to leave behind a few Euros for housekeepers and to pay baggage handlers around 2 Euros per item. Slip the concierge 10 or more Euros for great service.

Taxis: Round up to the nearest Euro. There is no need to leave more than 10%. 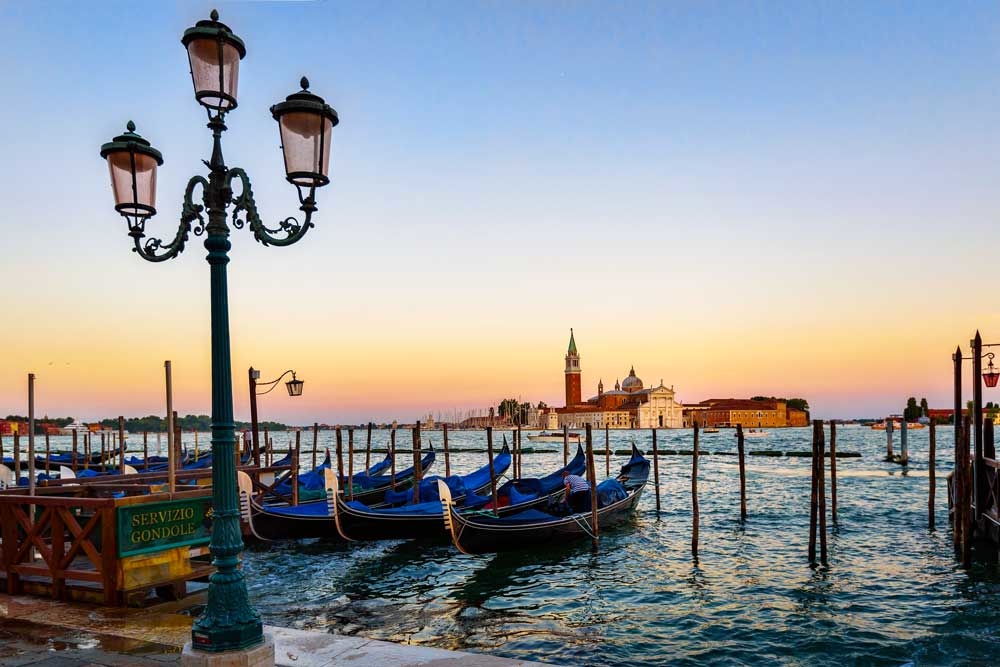 Restaurants: Tips arenâ€™t expected in Italy, but feel free to round up the bill or tip 10 percent for exceptional service.

Hospitality: A tip in Italy is really not expected, but who doesnâ€™t like being appreciated for good service? If the front desk representative goes above and beyond, they will appreciate a Euro or 2.

Taxis: Tips arenâ€™t expected, but they are appreciated, especially if they help you with your bags or give you advice on where to eat or visit. 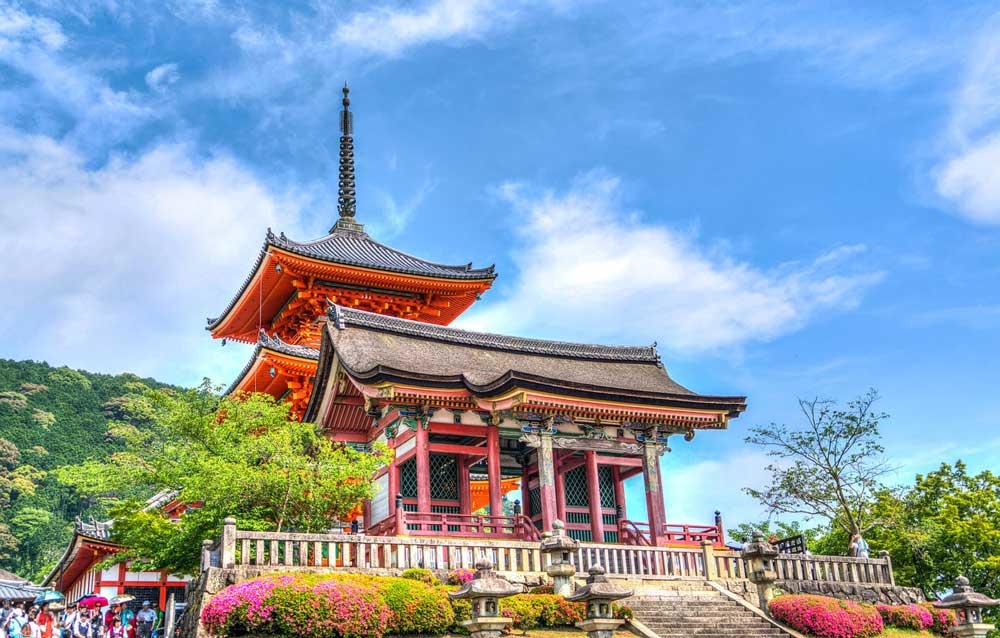 Restaurants: Tipping is not customary in Japan, so donâ€™t be offended if the server refuses extra money.

Hospitality: Because of the â€˜no tippingâ€™ culture, hotel staff may refuse a tip if you offer it to them. If you put in a special request and feel the need to leave money for housekeeping or a concierge, put it in an envelope

Taxis: Tips are not at all expected. A polite attitude and a â€˜domo arigatouâ€™ is all that is necessary. 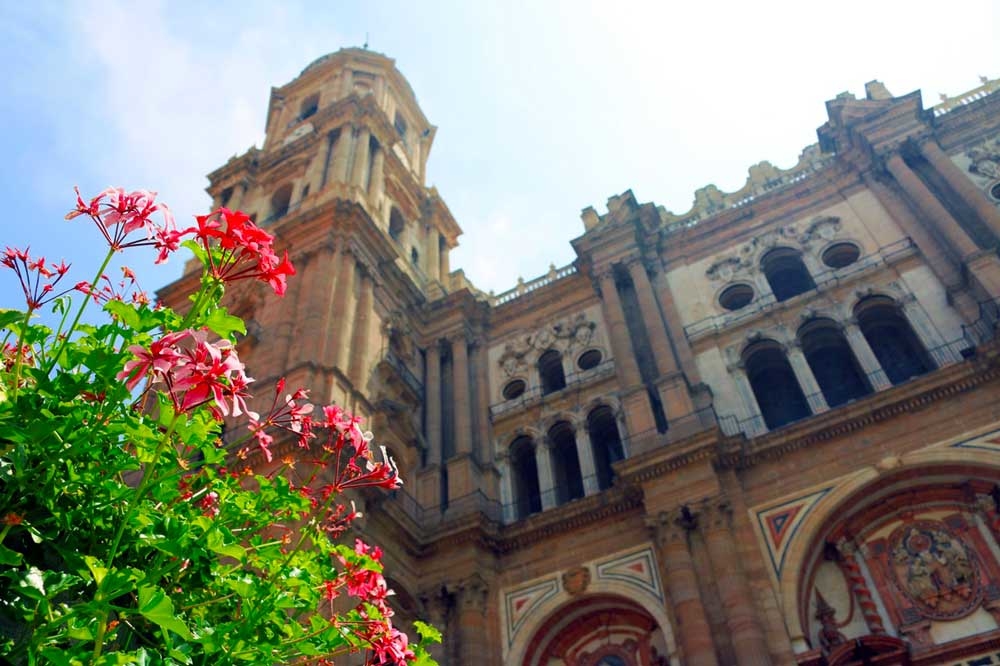 Restaurants: Locals generally leave small change or round up to the nearest euro, so we suggest doing as the locals do. Upscale establishments or big specials requests can warrant a 5-10 percent tip.

Hospitality: If someone helps with your bags 1-2 Euros is expected. For room service, you should tip the person who delivers your drinks and food 1 Euro for drinks and 2 Euros for food. Housekeepers donâ€™t expect tips but feel free to leave a few Euros at the end of your stay.

Taxis: Rounding up to the nearest Euro is customary in Spain.

Restaurants: Expectations in Thailand vary widely, but here is what most people suggest: Tip arenâ€™t necessary at street stall vendors. If you dine at a high-street eats, tip 10 Baht in every 100 Baht, about 10 percent.

Hospitality: Itâ€™s standard to tip bag handlers 20 Baht per bag. While thereâ€™s no standard tip for housekeepers, if you are staying a higher end hotel, itâ€™s respectful to leave behind a tip. Sometimes, they even leave an envelope in your room.

Taxis: Before entering a taxi in Thailand make sure to agree on a price in advance or make sure it will be a metered fare. Itâ€™s common to round the fare to the nearest whole number.

Restaurants: Sometimes, a service charge is already included in the bill at some higher end restaurants in the United Kingdom. If not, it is customary to leave 10 percent. You are not expected to tip at counter service restaurants or at pubs or bars.

Hospitality: Most hotels include a service charge, but itâ€™s still customary to offer 1 pound to bag handlers.

Taxis: Itâ€™s customary to simply round the fare to the nearest whole number. You should also tip extra for help with loading or unloading baggage.

When traveling the world, tipping customs change from destination to destination. Respecting local customs will go a long way toward make any vacation a positive experience. Luckily, you can always ask your travel consultant how much you should tip your tour guides, travel directors and cruise staff. If youâ€™re ever in doubt about whether or not to tip in a certain country, always err on the side of generosity and your server, driver or bellhop wonâ€™t be disappointed.