Israel and the Palestinian Territories Real Food Adventure with Intrepid is a region full of cultural and religious experiences and is home to Jews, Muslims and Christians. It is impossible to go there and not be touched spiritually and mentally.

For my first trip to the region, I chose the Intrepid Travel Tour, Israel and the Palestinian Territories Real Food Adventure. It was a feast for the body and the soul. We discovered classic dishes and delicious wines of the region, all while learning about the history and culture of the area.

Our trip began in the thriving city of Tel Aviv. My son is living in Tel Aviv so we arrived a day early to spend time with him. I highly recommend arriving early anyway because the tour does not spend much time there. We met our group the next evening and enjoyed dinner at a restaurant in the old city of Jaffa. We set out the next day for Haifa with a stop at a winery along the way for some wine tasting followed by a picnic brunch. In Haifa, we visited the amazing Baha’i Gardens. Haifa is the home of the Baha’i faith. 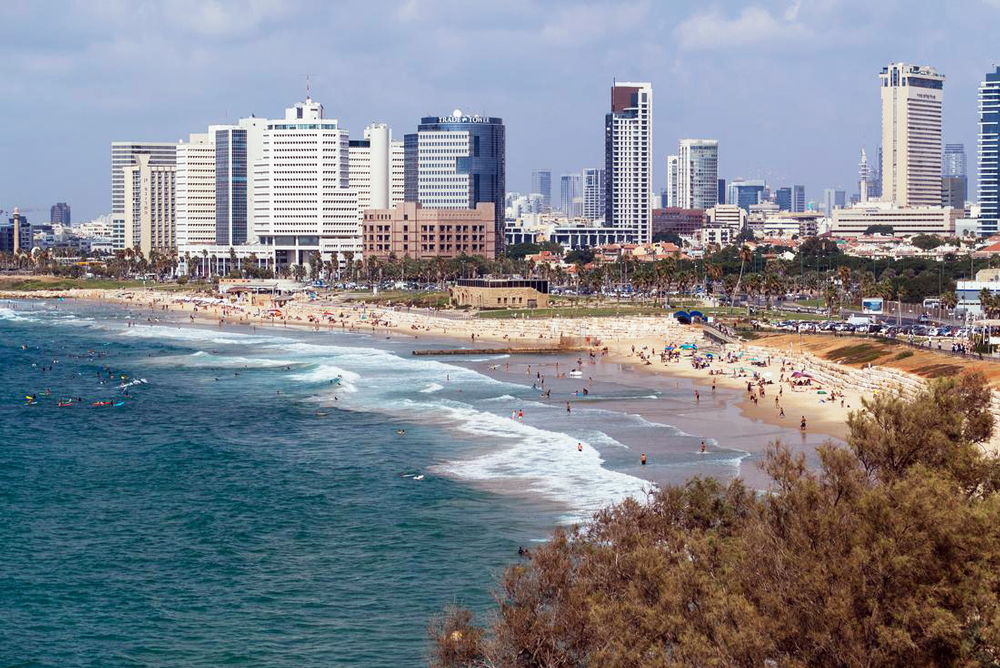 From Haifa, we drove to Golan Heights where we were treated to a home cooked vegetarian meal in a Druze family home and took a stroll along the famous Sea of Galilee, Israel’s largest freshwater lake. After breakfast, we visited the Church of the Annunciation Mary’s Well. We then continued to Jericho and took a cable car up to the Mount of Temptation.

We then traveled to the Dead Sea, the lowest-altitude place on earth, where we experienced what it’s like to float in the world’s saltiest body of water. As the tradition goes, we covered ourselves in the Sea mud to remove impurities and it is true, you immediately float in just a few inches of water. 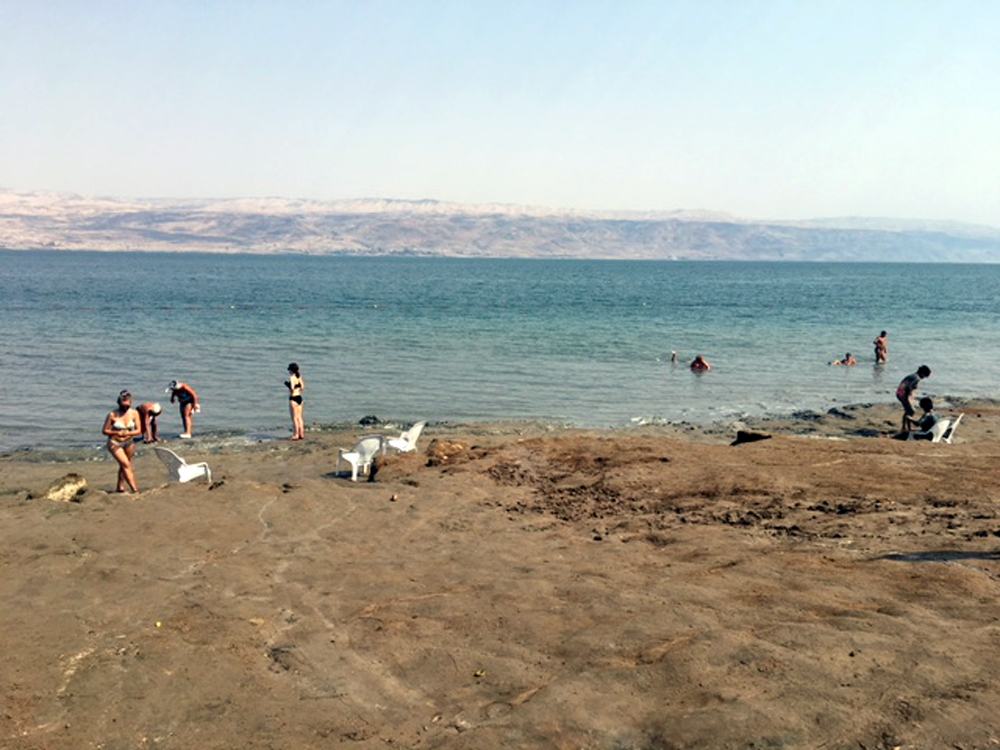 From Jericho, we made our way to Jerusalem by way of Nablus on the West Bank. They are famous for the Arabic dessert called knafeh. On the way, we met a group of Samaritans – a Jewish minority group living in Nablus (the only group to hold Israeli, Palestinian and Jordanian passports) to learn about their culture. 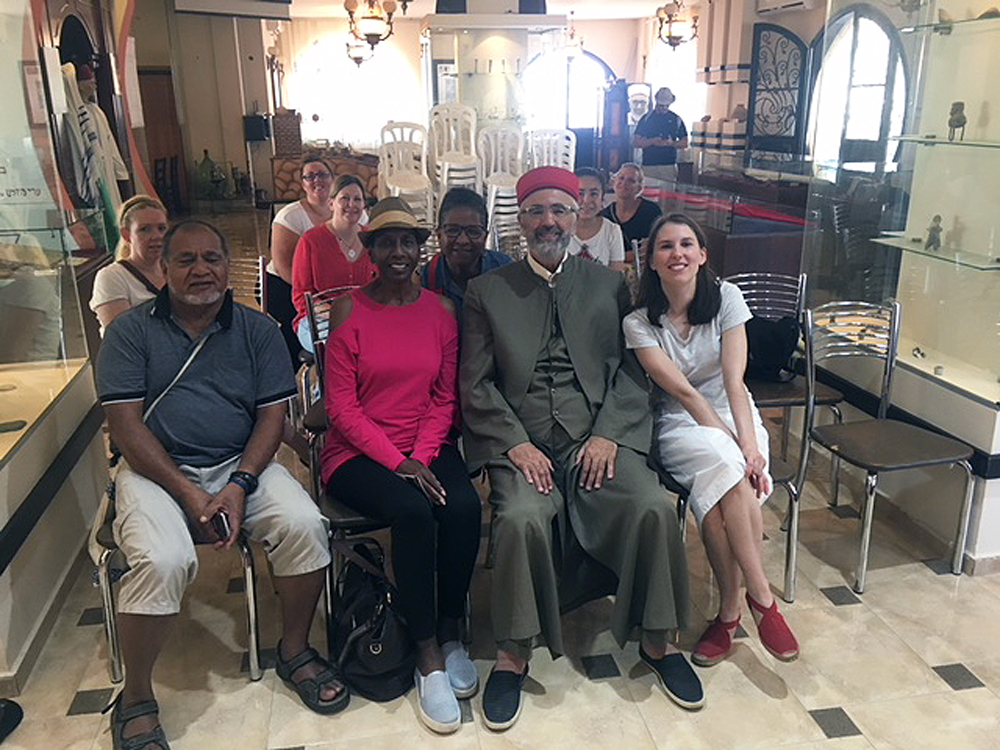 The most fun we had in the area was at local chapter of the ‘Slow Food’ network for a cooking class. The ladies there were fun and the food was good. They teased us good naturedly about our poor cooking skills. Afterwards, we drove to Jerusalem via the famous Mount of Olives, an important pilgrimage site and home of the Garden of Gethsemane.

The next day we had a full-day tour of Jerusalem, starting with a walking tour of the Way of The Cross (Via Dolorosa) in the Old City. We finished in the Jewish quarter and witnessed the Wailing Wall and the Machane Yehuda which is an amazing food market. 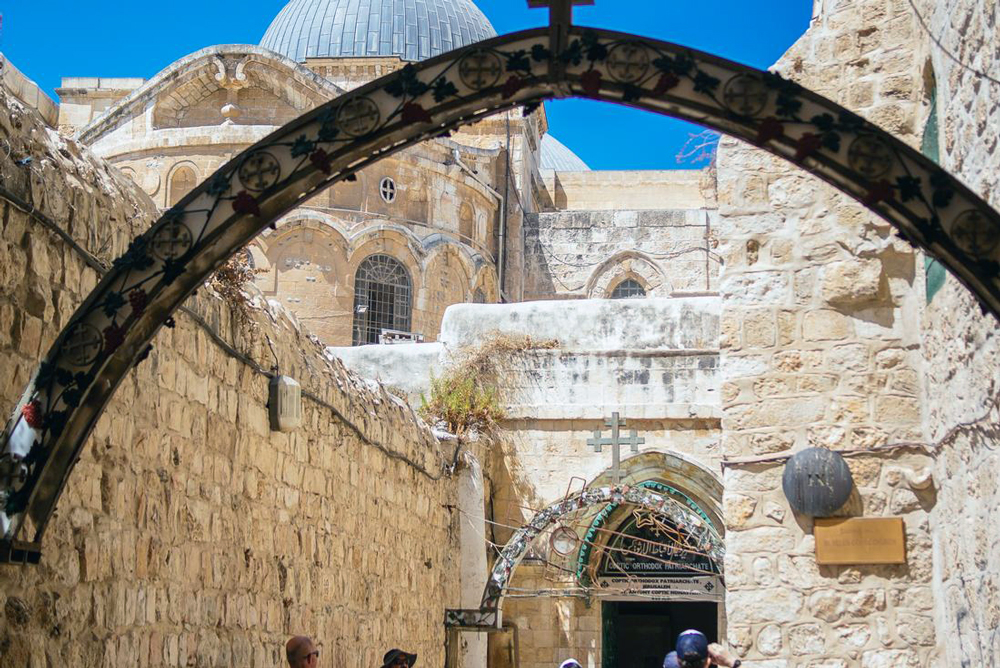 While in Jerusalem, we also visited the Negev Desert and the Tomb of David Ben Gurion, the first Israeli Prime Minister. We visited Battir (recently listed by UNESCO) where villagers continue to practice ancient agricultural methods. The village is surrounded by an impressive Roman-era system of stone-walled terraces and a unique irrigation system fed by seven springs.

Next, we went to the holy city of Bethlehem. The route passes through a gap in the controversial security wall that separates Israel from the West Bank. We took a walking tour of this city and visited he Church of the Nativity, the world’s oldest continually operating church, which also marks the birthplace of Jesus.

Of course, we could not visit this area without seeing the Wall built on the West Bank. I was quite emotional to see this and we left praying for peace in this region. I commend Intrepid for making this a trip where we could see all the political views without forcing ideology on anyone. This was a great trip! I recommend it for foodies, religious seekers and history lovers. There is something for everyone.