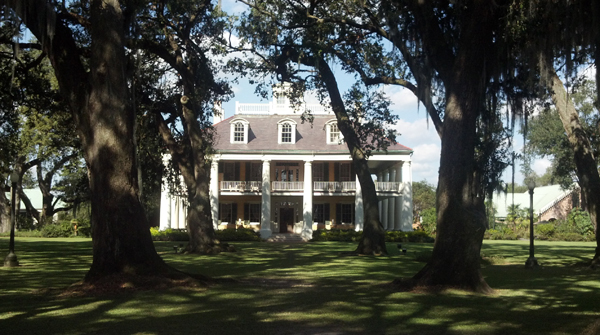 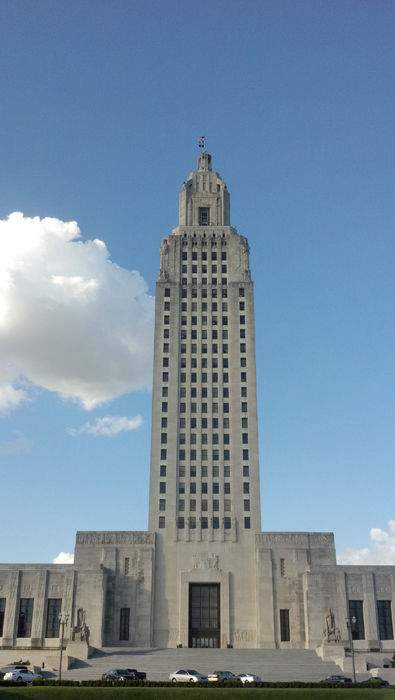 I’ve just returned from an awe-inspiring trip to Cajun Country Louisiana (Baton Rouge and New Orleans) where I had the opportunity to visit a few plantations and sites of historical importance. First on my lists of sites was the impressive Louisiana State Capitol building which is listed as a National Historic Landmark and built on the former grounds of LSU (Louisiana State University). Standing tall at 34 stories, Louisiana’s State Capitol building holds two proud distinctions; the tallest building in Baton Rouge and the tallest capitol building in the United States. I was surprised to learn that Huey Long, Louisiana’s 40th Governor was buried on the grounds of the capitol which was a project he championed as governor.

Just a few blocks away from the state capitol building sits the Old Louisiana State Capitol which is a site to see. This Neo-Gothic medieval castle was designed by New York architect James H. Dakin in 1847. 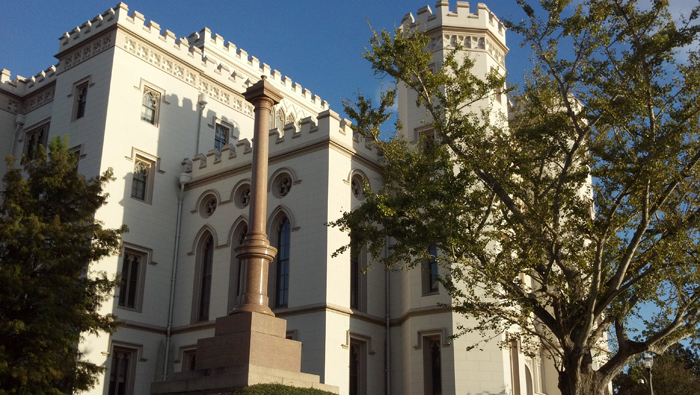 It was in this building on January 26th 1861 that the Ordinance of Secession of Louisiana was adopted which paved the way for Louisiana’s departure from the Union and into the Confederacy. Union troops used the building as a prison and garrison until December 1862 when the interior of the building was destroyed by an accidental fire. The Old State Capitol building was saved from demolition as recently as 1991 and restored as a museum of Louisiana’s political history.

After my stay in the city of the Red Stick (le Baton Rouge) I turned my sights to the mighty Mississippi River and the romantic River Road. One cannot help but to be impressed by the fields of sugarcane which blanket the landscape. First stop of the day was Nottoway Plantation located in White Castle.

The main house sat on land which originally included 400 acres of highland, swampland, oak trees and sugarcane fields. A brief tour of the main house provided me with an understanding of life during Antebellum (pre war) period. Standing on the balcony overlooking the Mississippi River and the barges heading towards the Gulf of Mexico was a relaxing way to spend the early afternoon. But I could not help to think what the scene would have been like 150 years ago as our nation was involved in a brutal Civil War.

After Nottoway I continued my journey along the River Road to visit The Houmas Plantation and Gardens also known as the Burnside Plantation. The plantation was established in the late 18th century and named to honor the native United Houma Nation. I recommend this plantation highly as the grounds are beautifully maintained with stately Oaks, statues, waterfalls and giant lily pads. An actual Civil War era submarine is on display. The mansion tour was very educational and the tour guides dressed in period costume added to the ambiance of this site. It was unfortunate that the slave cabins at both Nottoway and Houmas House no longer stand however it does not take much to close your eyes and imagine what life must have been like in a past not so long ago. This plantation was also the site of the 1964 film Hush…Hush, Sweet Charlotte staring Bette Davis. The guides make sure to mention the fight scene between Bette Davis and her former co-star Joan Crawford which quickly got out of control and cemented Joan’s departure from the film. I also recommend visiting Laura’s Plantation for a greater understanding and appreciation of the plight of the former slaves and freemen. The original slave houses can be visited while at Laura’s Plantation which is roughly a half hour drive from Houmas House. 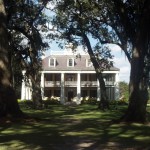 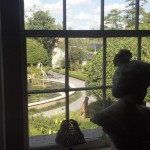 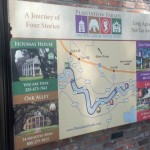 With my plantation visits over it was time to continue deeper into the heart of Cajun Country and into the grand Crescent City on the Mississippi, Ville de La Nouvelle-Orleans. Where does one begin? Le Vieux Carre or the Garden District? I opted to start my day at the Chalmette Plantation. The importance of what occurred on these grounds not only pertain to the history of New Orleans but to that of the United States as well as it was on these grounds that the American forces inclusive of slaves, freemen and even pirates lead by Major General Andrew Jackson defeated the British in a decisive victory during the Battle of New Orleans in the War of 1812. The immense battlefield is preserved as a national monument with many of the participants who fought in that battle as well as other wars in our nation’s history buried in the adjacent Chalmette National Cemetery. 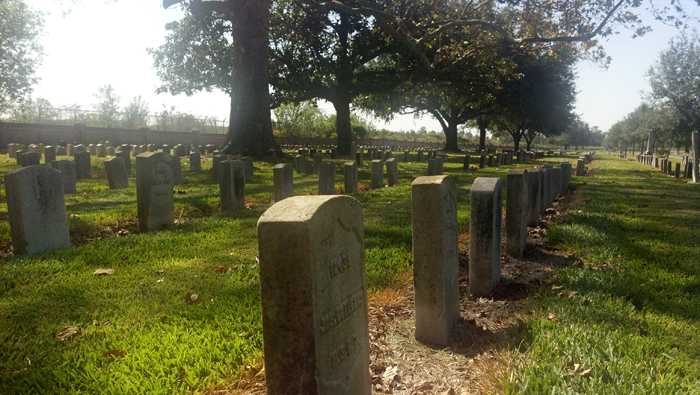 After a solemn visit to Chalmette it was time to visit the French Quarter or as the locals call it the Vieux Carre. My first order of business was to take a cemetery tour. My group and I headed over to St. Louis Cemetery No. 1. 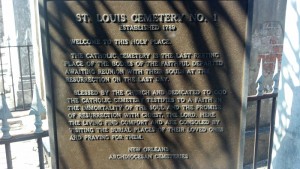 Known as the City of the Dead this cemetery is over 200 years old and is the final resting home of many notable people who have had a key in either New Orleans or U.S. History such as: 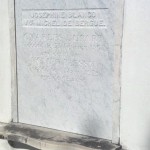 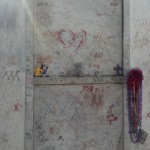 1)      Homer Plessy; Plaintiff in the landmark 1896 Supreme Court case, Plessy vs. Ferguson, which declared separate as being equal.
2)      Marie Laveau; Known as the Voodoo Queen, she lived a fascinating life and was known throughout New Orleans
3)      Barthelemy Lafon; lived a double life as an architect and engineer but also as a privateer, smuggler and pirate

You can also find the future burial site of actor Nicholas Cage. Not many locals are happy with the design of his pyramid mausoleum as it draws attention away from the more modest graves. 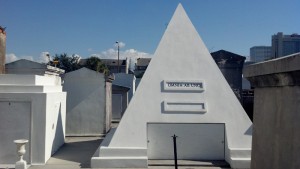 While on tour I learned that the above-round burials in New Orleans have more to do out of custom and tradition than to the water table problems faced by the city. In fact, deceased residents used to be buried beneath ground. This cemetery, which only spans one city block, also has a location set aside towards the rear for Protestants as the Spanish would not allow them to be interred in the main section of the cemetery.

Another great way to get a feel of this city is by taking an evening Voodoo tour. My tour group and I were lead by our tour guide through the vibrant streets and alleys while telling stories of Madam Marie Laveau and the traditions of the slaves. We visited a Voodoo shop, Marie Laveau’s home and Congo Square where the slaves would be allowed one day (typically Sundays) to sing, dance and play music. The following day I drove down (I really should have taken the street car) to the Garden District. This is the neighborhood where the Americans set up their residences as they most wealthy Americans did not want to live with the Creoles in the French Quarter (and I’m told the feeling was mutual). Here you can find numerous antebellum mansions, a few Victorian homes and very beautiful gardens. The Garden District and the French Quarter both escaped the extensive flooding during Hurricane Katrina. 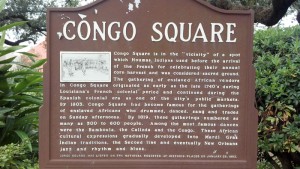 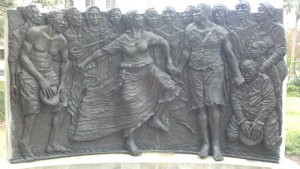 New Orleans is a city like no other. Did you know that Louisiana is one of only two states in the United States whos borders where designed to protect it’s religious practices and cultural heritage? (New Mexico being the second). Or that the flag of the Republic of Cuba was first raised on the corner of Poydras & Camp Street in New Orleans’ Central Business District? Or perhaps that prior to the Louisiana Purchase, a person’s race was not as much a factor as was their religion in regards to status? This is a city with deep ties among it’s Africa, Spanish, French, Native American and Creoles and that legacy leaves us with much experience and learn from. 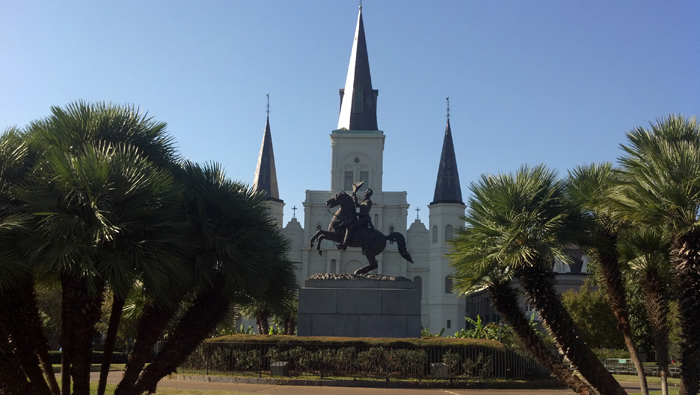 Monograms offers an Independent 4 day package with centrally located hotels such as the Wyndham & Sheraton, included sightseeing tours and local host service. You can also pre purchase optional excursions such as a jazz cruise on the Mississippi River, a swamp tour or simply stroll on your own to the world famous Cafe du Monde for some beignets. For those who would like an Escorted tour, Tauck features an 8 day tour called New Orleans: Bayous & The Big Easy with included admission to the National World War II Museum, private streetcar tour along Canal Street and St. Charles Avenue, private jazz experience at the famous Preservation Hall and admission to the Shadows-on-the-Teche antebellum houme located in New Iberia, Louisiana. Mayflower also offers an 8 day tour of Cajun Country which visits the big 3 plantations (Houmas House, Nottoway and Laura’s Plantation).

Whether you plan to visit this region Independently or on an Escorted Tour, the many memories you’ll take home will be well worth the visit and any chance you may have to help the locals would be greatly appreciated. Take some time to visit the most European city in the United States, Ville de La Nouvelle-Orleans awaits!