THINGS TO DO IN POLAND

From the Old Town to the Jewish Quarters, Krakow is a city of rich culture, architecture and deep history. Europeâ€™s largest medieval town square is located here and survived the wartime destruction. The entire Old Town has been designated a UNESCO site and is a must-see when visiting Poland.

YOU SHOULD KNOW
According to legend, there once lived a dragon on Wawel hill that required livestock sacrifices so that it would not eat any of the locals. Well, the dragon was slain by the sons of King Krakus and the dragon now has its own statue close to Wawel Castle.

A deep dark stain on history, Auschwitz is, unfortunately, infamous for what Germany did during World War II, committing mass genocide against the Jews. Auschwitz is the location of the most well-known extermination camp. While history cannot be erased, memorials and monuments in memory and reflection have been built to help ease the pain the country still feels.

YOU SHOULD KNOW
In 1945, before abandoning the camps, the Germans destroyed parts of it but much of Auschwitz was intact. It was later transformed into a museum and memorial site. In 1979, it was named a UNESCO World Heritage site.

Itâ€™s said about 85% of Warsaw was destroyed during the war. However, when you visit today, you can walk around Old Town without even imagining that it had once been just rubble. The only sign of conflict in this city are the museums and monuments scattered around the city. Of course, one of the most famous activities to enjoy when in Warsaw is to take the Royal Route, which is a beautiful way to see Warsawâ€™s historic landmarks.

YOU SHOULD KNOW
Other than the Old Town, you definitely want to take the Royal Route, a nearly 10-mile route to see all of Warsawâ€™s most historic landmarks and full of churches, palaces, and amazing homes. The three big highlights here are the Royal Castle, Lazienki palace, and Wilanow Palace.

Although traditionally rich in salts, meats, vegetables, and herbs, Polish cuisine has been going through a bit of a transformation. Due to its Czech and Slovak neighbors, as well as German and Hungarian influences, Polish food has gotten much more eclectic. Itâ€™s a must-try activity to find some authentic local polish food when traveling through Poland.

YOU SHOULD KNOW
One of the things about Polish food that makes it so famous is the way they pair things. However, if a heaping portion of meats with sauerkraut soup or goose dumplings do not fire off your taste buds, there are plenty of international options for you to try.

Some of the most inspiring museums and memorials can be found in Poland. It would be a missed opportunity to visit a few and reflect on the history of this beautiful country. In 2017, there were 127 registered museums throughout Poland, with the capital city Warsaw having the highest number at 16.

Like a Phoenix, Poland has rebuilt itself to be stronger than it was before. With a lot of the country left in ruins after the war, youâ€™ll be surprised when you see what the thriving cities and communities look like today. You may not even be able to tell that there was once so much misery in some parts. As you visit. youâ€™ll be rewarded with an amazing culture and community of people, architecture, and of course, its history. All thatâ€™s left is to find out the best time to go!

QUICK FACTS
Summer is the most popular time for tourists to visit Poland Winter is considered low season but has been growing in popularity due to the Christmas Markets & Winter sports available during this time. Weather in Poland is generally unpredictable so itâ€™s always recommended to bring layers

The average high during Summer in Poland is 72F and 52F lows. Summer is the busiest time of the year as it is high season, but itâ€™s also the rainiest time. It can also be very hot in Poland, so plan accordingly if visiting Poland in the Summer. Despite the fact that the weather is completely unpredictable, Poland is filled with tourists during this time and youâ€™ll want to book your trips early on!

The average high temperature during the Fall in Poland is 55F and lows of 43F. The Fall is arguably when Polandâ€™s natural landscapes are at their most beautiful. The foliage takes center stage with beautiful colors, the weather cools down, and the crowds begin to thin out. Youâ€™ll want to pack accordingly, as the temperature can drop quickly at night.

The average high during the Wintertime is 36F with lows at 28F. The brutal winters mean itâ€™s slow season with not too many tourists visiting. However, as the Christmas markets become more popular, more and more groups are slowly discovering the beauty of Poland during winter. 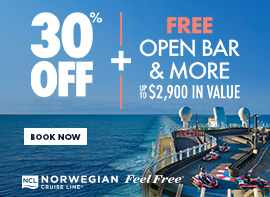