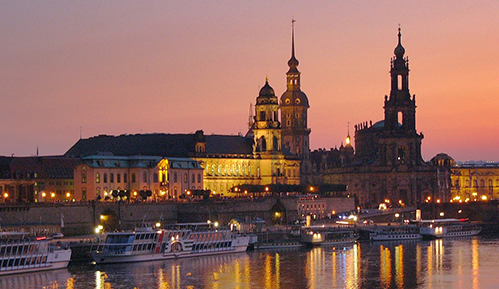 The strength of the American dollar this year has made it a particularly favorable time to travel, as the resultant exchange rates have caused prices for travel expenses such as hotels, restaurants, and shopping to drop anywhere from 15% to 50% from where they were last year. This makes for a great opportunity for anyone who wanted a vacation but didn’t think they could afford it to plan one, as well as for others to upgrade their travel plans with a little more affordable luxury. Here are some highlights of the places you might go where you can make the most of your dollar.

The Euro is weak right now compared to the dollar, so anywhere in the “Eurozone” is favorable, in particular some of the Mediterranean-facing countries such as Italy, Spain, Portugal, and France. In fact, almost anywhere in Europe would make for a bargain vacation right now, as Eastern Europe is also favorable to tourists, as many countries are trying to attract tourism that might otherwise go to their more popular Western neighbors.

If you want to head north, Canada‘s dollar has fallen to about .80 compared to the U.S. dollar, making it an affordable destination rich in culture and natural beauty. South of the States, a number of countries have what are already relatively cheap costs of living, making the favorable exchange rates even more of a boon. Mexico‘s cheap cost of living and Costa Rica‘s cheap available flights make them good options. In South America, Argentina, Uruguay, and Chile provide particularly good value this year.

Many countries in Asia have long been popular budget travel destinations, like India and Thailand, and the strength of the dollar has made them even more so.  South and Southeast Asia in particular are terrific for value vacations right now. Japan isn’t traditionally one of the more affordable countries in Asia, but with the dollar at a seven-year high against the yen, it’s a fine time to visit if you’re interested.

The Australian dollar is another currency that has fallen in the face of the U.S. dollar. While flying to the country is still expensive, the exchange rates make seeing sights like the Outback and the Sydney Opera House much cheaper. Perhaps best of all, it’s a great place to take a vacation when you need a change of season. Winter getting you down? The January Australian summer might just be the ticket for you.

The strength of the American dollar worldwide this year has led to favorable exchange rates for Americans abroad, which means favorable prices on vacations for you and favorable costs of visiting. Since our goal at AffordableTours.com is providing you with great vacations at affordable prices, we couldn’t be happier. Visit our website or call us at 1-800-935-2620 if you’re interested in booking or learning more about your next international vacation.