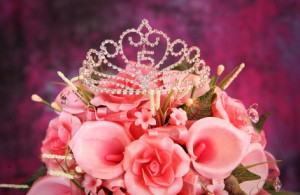 In many Latin American cultures, the quinceañera, though it does not always go by that name, is an important rite of passage into adulthood for young women. The word quinceañera literally means “one who is fifteen,” and, traditionally, the quinceañera celebration is held on a girl’s fifteenth birthday, to mark her transition from child to adult.

As the ritual is an important part of many Latin American cultures, it takes on different meanings and overtones in each culture. In Mexico, the tradition of the quinceañera is thought to date back to the times of the Aztecs, although no one knows for sure. In Aztec tradition, young women were expected to marry and care for the household, so they were only taught the skills that would help them do so better. The quinceañera was a signal that the young woman was being prepared for marriage and would soon be available to do just that. The women of the village would teach the young woman the skills needed to maintain a household and be a good wife. Occasionally, if a young girl was a member of the elect, she would be chosen as a priestess, and would be trained to that end.

After the Aztecs were conquered and the Spanish brought Christianity into Mexico, the quinceañera began to take on more religious overtones. Even today, Catholicism is still very popular in Mexico, and the quinceañera often involves a Catholic Mass as part of the ceremony. The Mass is usually held at the beginning of the ceremony, and is followed by a lavish celebration. 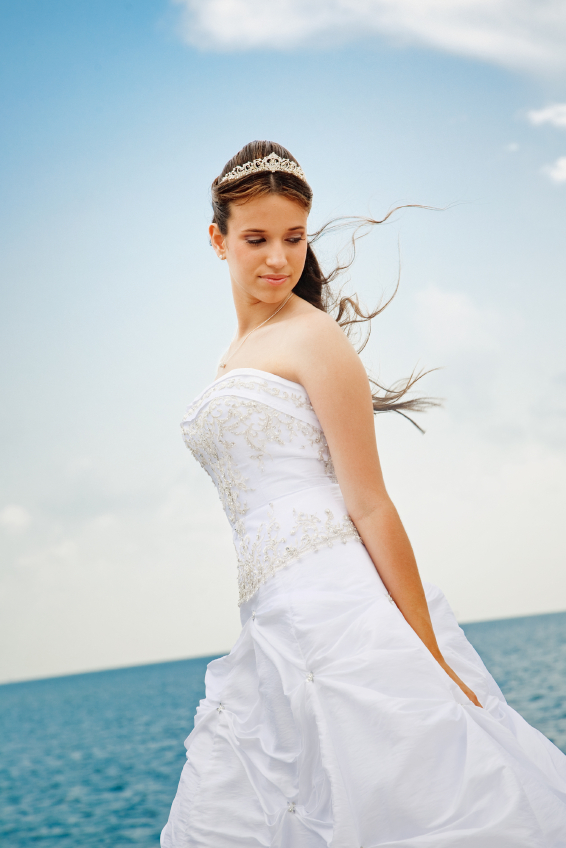 The birthday girl (who is also known as the quinceañera, since she is literally the “one who is fifteen”) is very much treated like a bride in these ceremonies: she will have a formal dress (originally the tradition was that the dress be pink, but in modern times white has surpassed pink in popularity) and will wear makeup for what is traditionally her first time (though nowadays this is not usually the case). She will have a party, similar to a wedding party, consisting of her parents, godparents, and a court of honor comprised of girls and boys who are paired off (similarly to groomsmen and bridesmaids). The girls are known as damas and the boys are known as chambelanes, and there are typically seven or fourteen pairs of each.

After the Mass, the tradition continues much like a wedding reception, with a formal entry, formal toast, and a first dance, after which follows a dance with the quinceañera’s party, then a general dance.

Though the quinceañera ceremony is most strongly associated with Mexico, it exists in other cultures as well. Generally, other cultures do not have as strong religious affiliations with the ceremony (although, of course, this is always dependent on individual families). In Argentina and Paraguay, the ceremony is called a fiesta de quince, and also includes a meal of several courses as well as other rituals including a candle ceremony. In Brazil, the ceremony is usually known as a festa de debutantes or baile de debutantes and frequently involves a video ceremony as well as dancing to both Brazilian national and international music at different points in the evening. Other countries often have choreographed dances as part of the ceremony. Ecuador is notable for having a “crazy hour” late in the ceremony, in which guests don masks or other disguises and participate in a silly, fast-paced dance.

While the quinceañera ceremony is a tradition that is strong in Latin America, it is by no means restricted only to those of Latin American heritage. (It is, after all, not dissimilar from the upper-class American tradition of the debutante ball.) A quinceañera can become truly memorable and special by making it a once-in-a-lifetime experience. 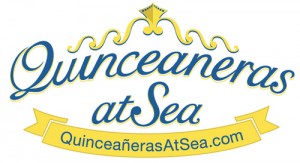 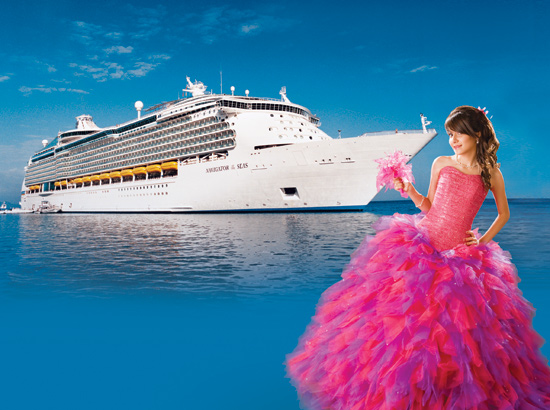 AffordableTours.com has a division dedicated to handling these events and making them as magical as every young woman deserves. With Quinceañeras at Sea, you can plan the coming-of-age ceremony as part of a Caribbean cruise. Quinceañeras at Sea will not only provide a unique experience that everyone will remember, but also will provide travel packages that take care of many of the important details of the ceremony, including:

Now is the perfect time to plan ahead and book your quinceañera ceremony. Let Quinceañeras at Sea take care of all the details and provide a special experience your daughter or loved one will remember for the rest of her life.