By: Lesa Caden, CTA and Director of Employee Development

Want to get away, feel the ocean breeze and cooler temperatures? Then try the 7 day Canada and New England with Norwegian Cruise Line on the Norwegian Escape to Halifax, Nova Scotia. Itinerary ports include roundtrip New York; Portland, ME; Bar Harbor, ME; Saint John, New Brunswick and Halifax, Nova Scotia. We opted to do a pre-night in New York for the convenience of port transfers.

Embarkation was efficient and filled you with the excitement of cruising at your leisure. The Norwegian Escape is a beautiful ship with onboard activities such as the Triple Decker Ropes Course and the Planks Course. It was too cold and chilly to partake. We decided to stay more firmly planted on the ground and enjoy the amenities and perks of the food, spa and entertainment. 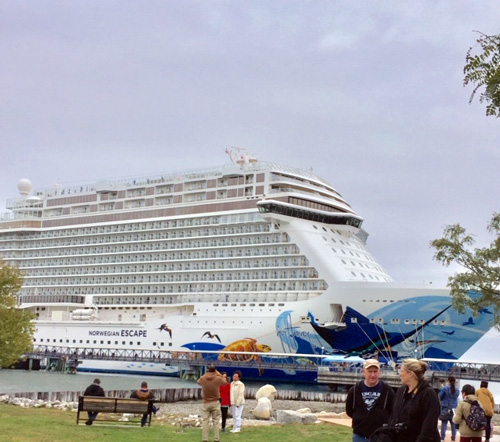 As to the Freestyle dining options, there were many as well as specialty dining. Our daily stops were the buffet and the main dining rooms (The Manhattan, Taste & Savor), all beautifully decorated yet different in atmosphere. As you can see from this photo, the desserts were tempting and irresistible. 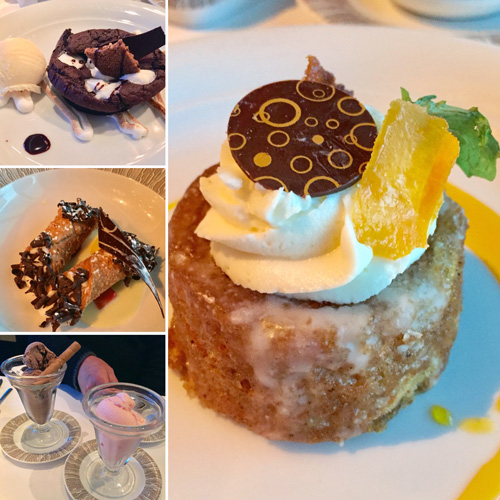 The Garden Café was the buffet area and it had fantastic food and views as well. The pretzels sticks come highly recommended.

NCL also sponsored an event called “Meet the Wine Maker” which was hosted by renowned chef and wine maker Aaron Sanchez. He was very personable and approachable. His food demonstration and wine paring sessions were informative and fun. 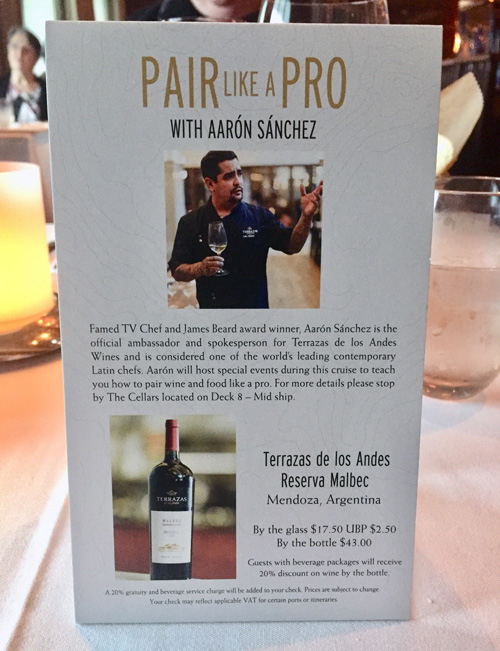 The spa is beautiful and serene. You’ll appreciate the decor of the ship with its beautiful lighting and artwork. 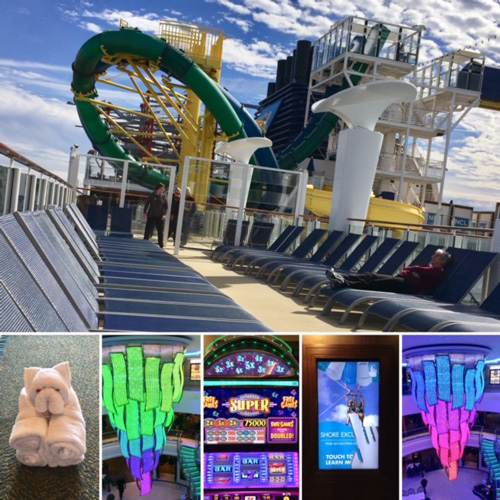 The Casino, Escape Theatre and Headliner Comedy Club were a fun way to end each night. 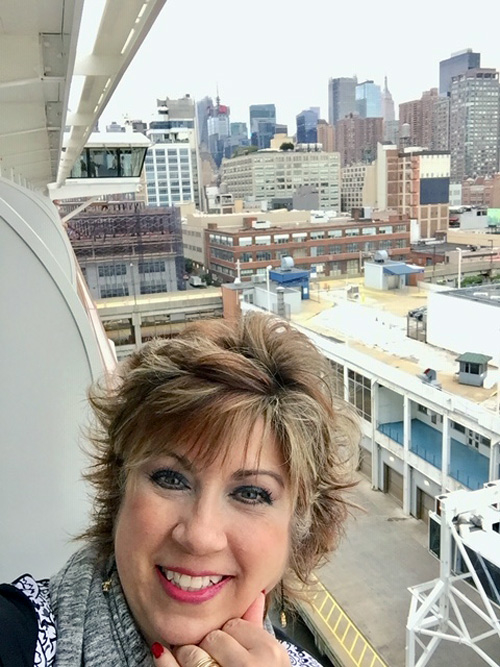 Portland, Maine was our first port of call. It’s a walkable distance to downtown and the excitement of the city. Your first impression off the ship is lobster merchants, lobster rolls and lobster souvenirs. First stop of the day was Portland Lobster Company for a fresh lobster roll. 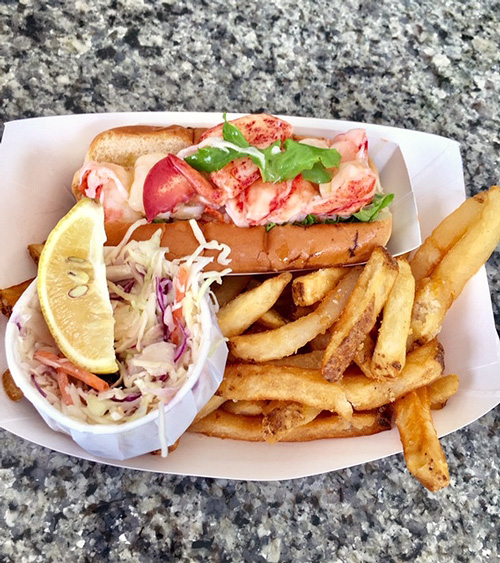 Bar Harbor, Maine was not an option due to inclement weather. Another day at sea and chance for game play, ship board activities or to relax with a book. 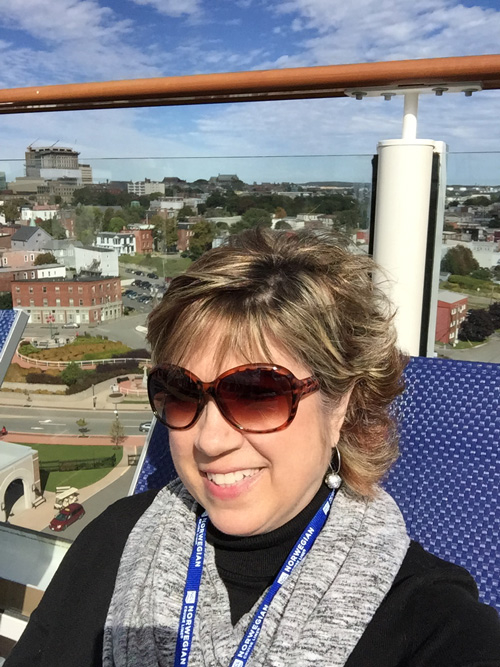 Related: The Best Cruise Deals All In One Spot! View Now!

Saint John, New Brunswick was a fun shopping port with a visit to Saint John City Market located in the heart of Saint John.  It’s colorful – full of handcrafted items, fruit and local delights. The Stone Church is historic and beautiful dating back to 1825. 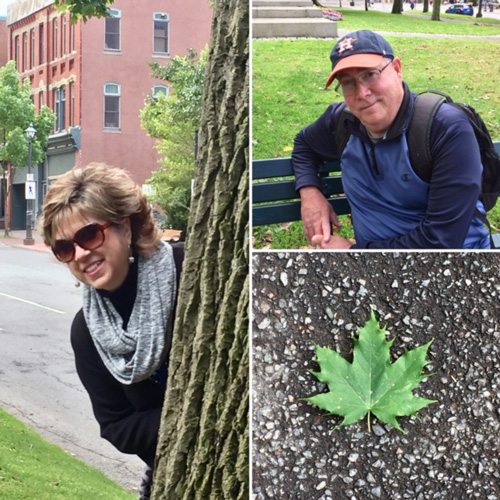 Halifax, Nova Scotia is the second largest harbor in the world next after Sydney, Australia. Our excursion was a trip to Peggy’s Cove which is a small community located off of Margaret’s Bay when abbreviated it becomes Peggy’s Cove. Peggy’s Point Lighthouse is the major attraction with a legend that follows about a ship that ran aground with only a girl who survived. Her name was Margaret. It soon became a place for locals who wanted to see “Peggy’s Cove.” The harbor is quaint, surrounded by local artist, shipping boats and small shops. It’s was cold, the terrain was rocky but beautiful to behold. 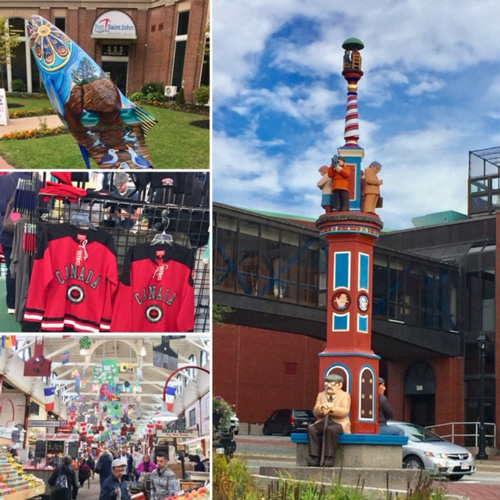 Our last day was returning to LaGuardia airport to make the trip home. When reflecting back on our New England with Norwegian Cruise Line cruise, we appreciated the luxury of independence, ship options and exceptional ports of call.