The Best of the Canyonlands with Trafalgar was a fantastic trip. The trip starts in Denver and ends in Las Vegas. I happen to have family in both those cities so it was ideal for me to arrive a day early and leave one day later to enjoy time with them. For this trip, I decided to take my mother. She doesn’t get to travel much so she was extremely excited.

The Best of the Canyonlands with Trafalgar tour started with a Welcome Reception in Denver where you meet the tour group and tour director. The hotel is in a great location in downtown Denver. It is a block away from the Denver Pavilions and 16th Street Mall where there is an abundance of shops, restaurants, and bars. From Denver we head west to Moab, Utah. This is the longest drive of the trip but it is broken up with a stop in Vail along the way. Vail is a very beautiful little village and going in October it was nice to see the snow which is something that we never see in Houston where I live. 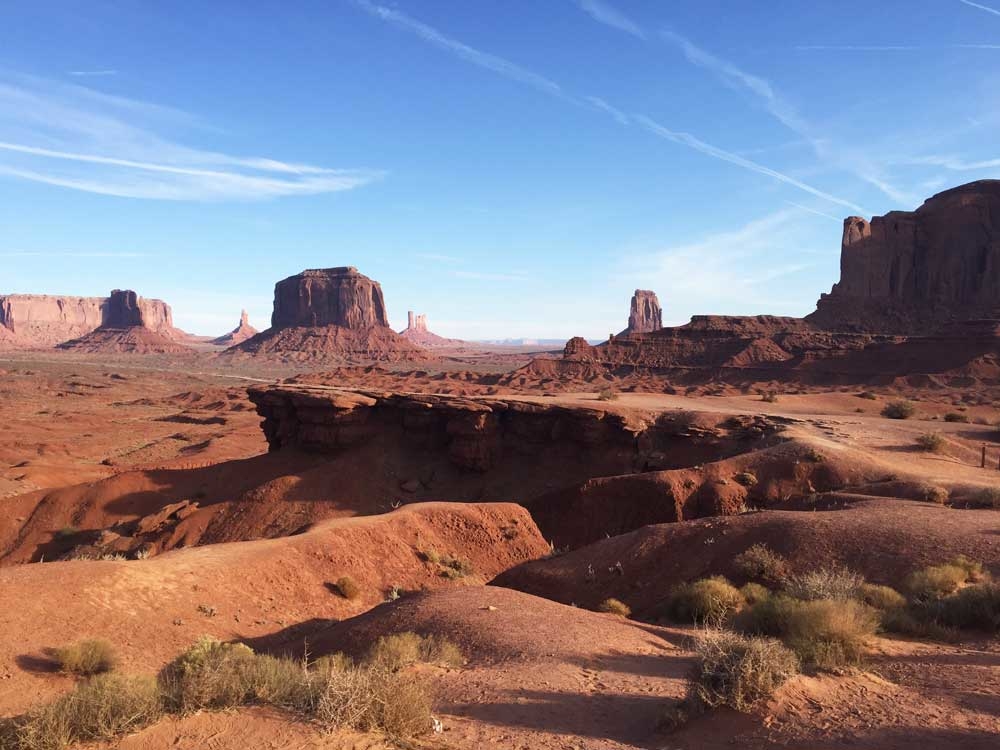 We spent two nights in Moab and the hotel was right in town and there were several nice restaurants right outside the hotel. Moab was a base to see two amazing national parks, Canyonlands National Park and Arches National Park. Even though the two are very close to each other they are completely different. 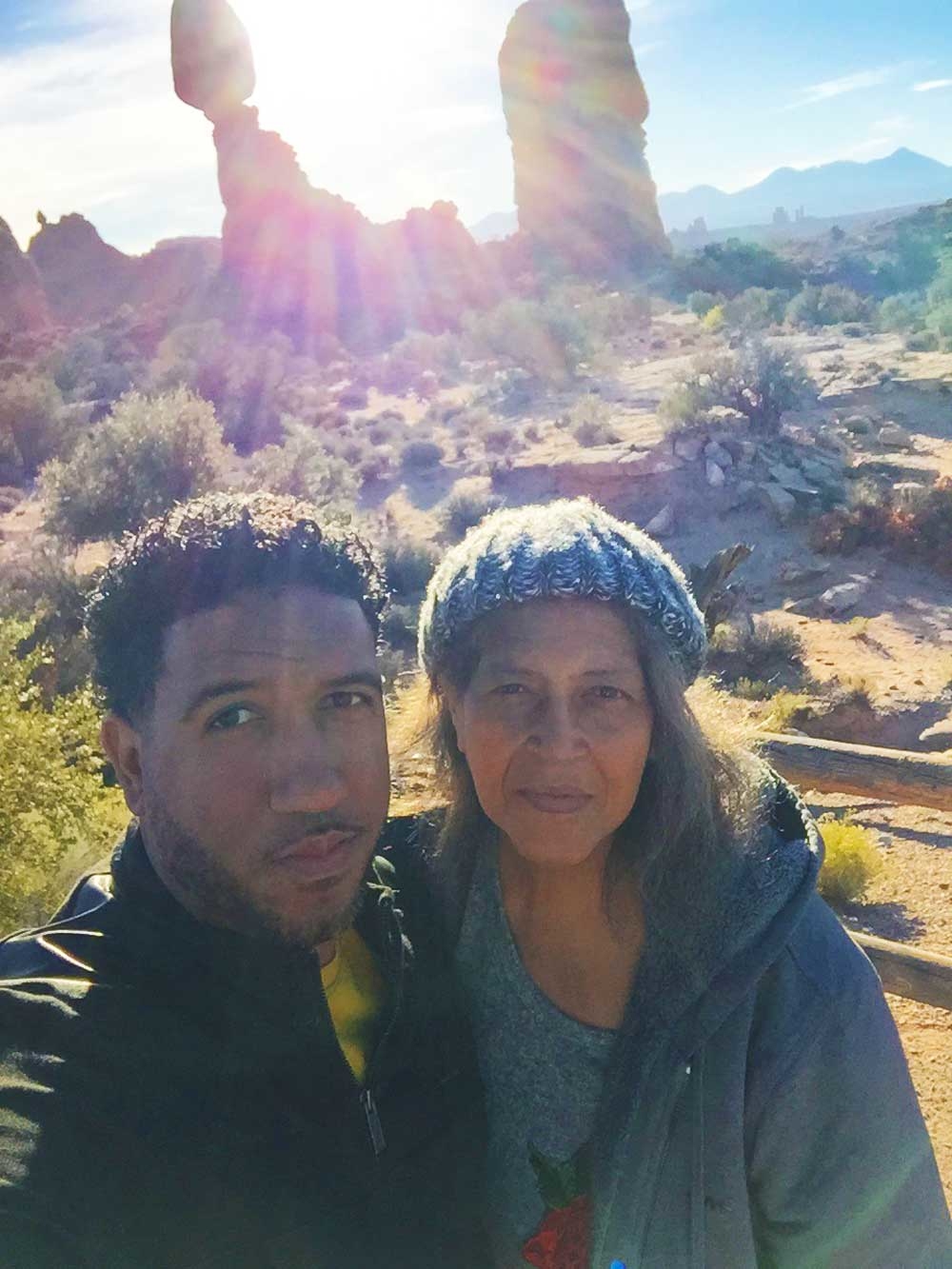 Canyonlands National Park to me seemed more like a mini Grand Canyon and while I enjoyed it, it was Arches National Park that really intrigued me. There was a section of the park where we were told that the opening of Indiana Jones and the Last Crusade. On the bus we actually watched that opening scene and it was pretty cool to be walking in the exact same spots. 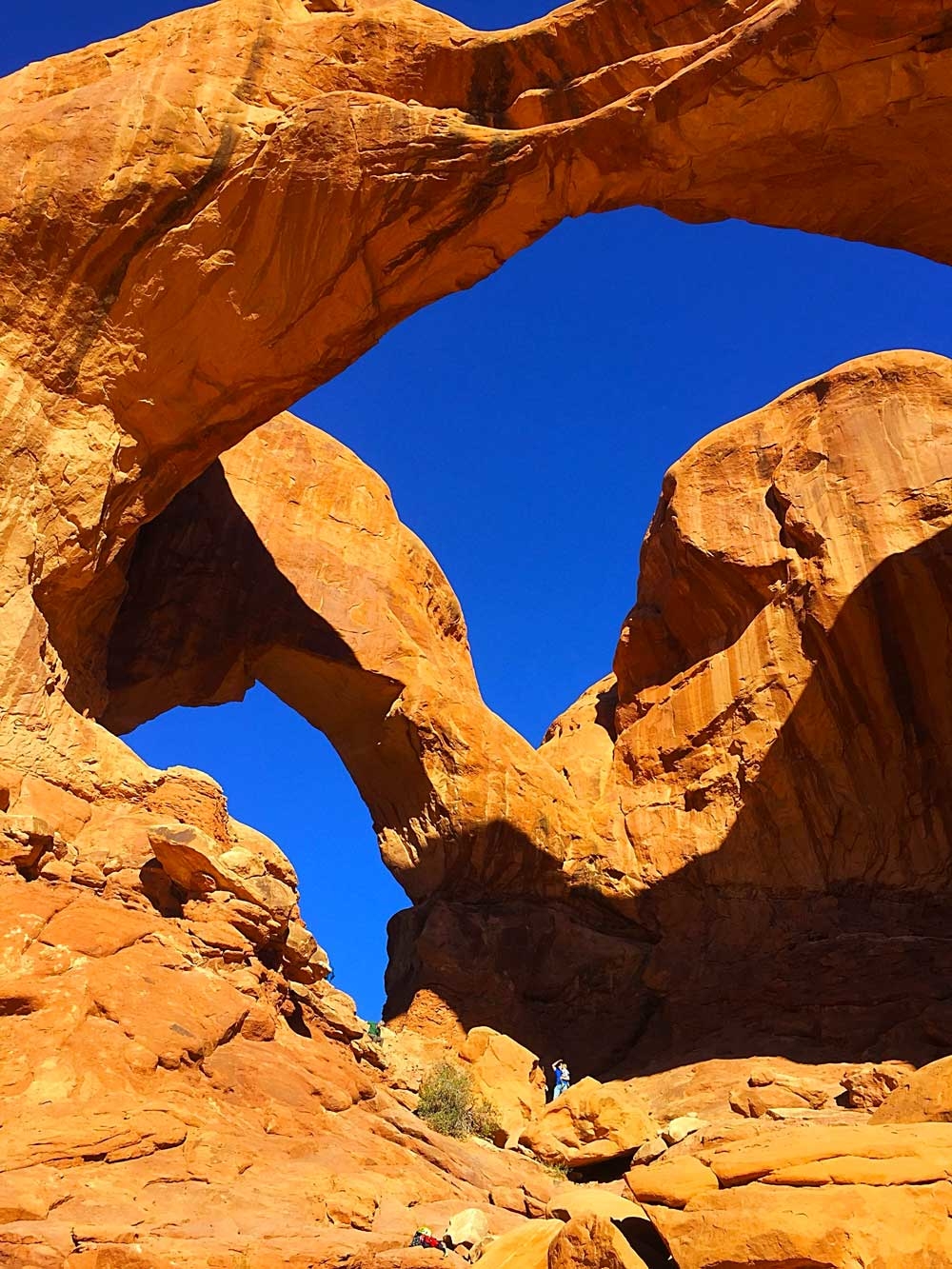 After two nights in Moab we traveled south to Monument Valley and stopped at Mesa Verde National Park along the way where we saw some of the cliff dwellings where the ancestral Pueblo people once lived. 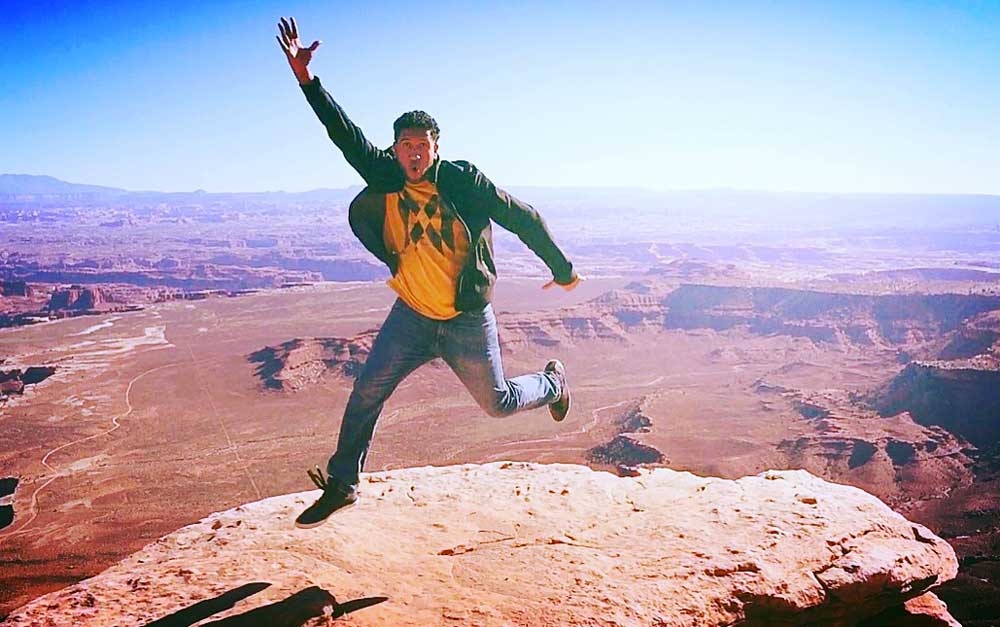 In Monument Valley, we drove out on these open air vehicles for about 30 minutes and had a really good dinner provided to us by Navajos. They also told us stories and sang and danced. The experience was great. All of the Monument Valley area was also home to many John Wayne western films. I love movies and also love seeing in person where movies were filmed so on the drive out of Monument Valley, one of my favorite moments was when was passed the same spot from the movie Forest Gump where Forest had been running all over the country until he stopped and said…â€I’m pretty tired. I think I’ll go home now.â€

Next up for me was the highlight of the trip. The Grand Canyon! Just standing there looking out at the canyon was magnificent! We had a guided walk and learned about the forming of the Grand Canyon. Just the beauty of it was amazing. It was also a plus that we stayed at one of the national park lodges so walking out of the hotel you are only a minuteâ€™s walk to the South Rim. 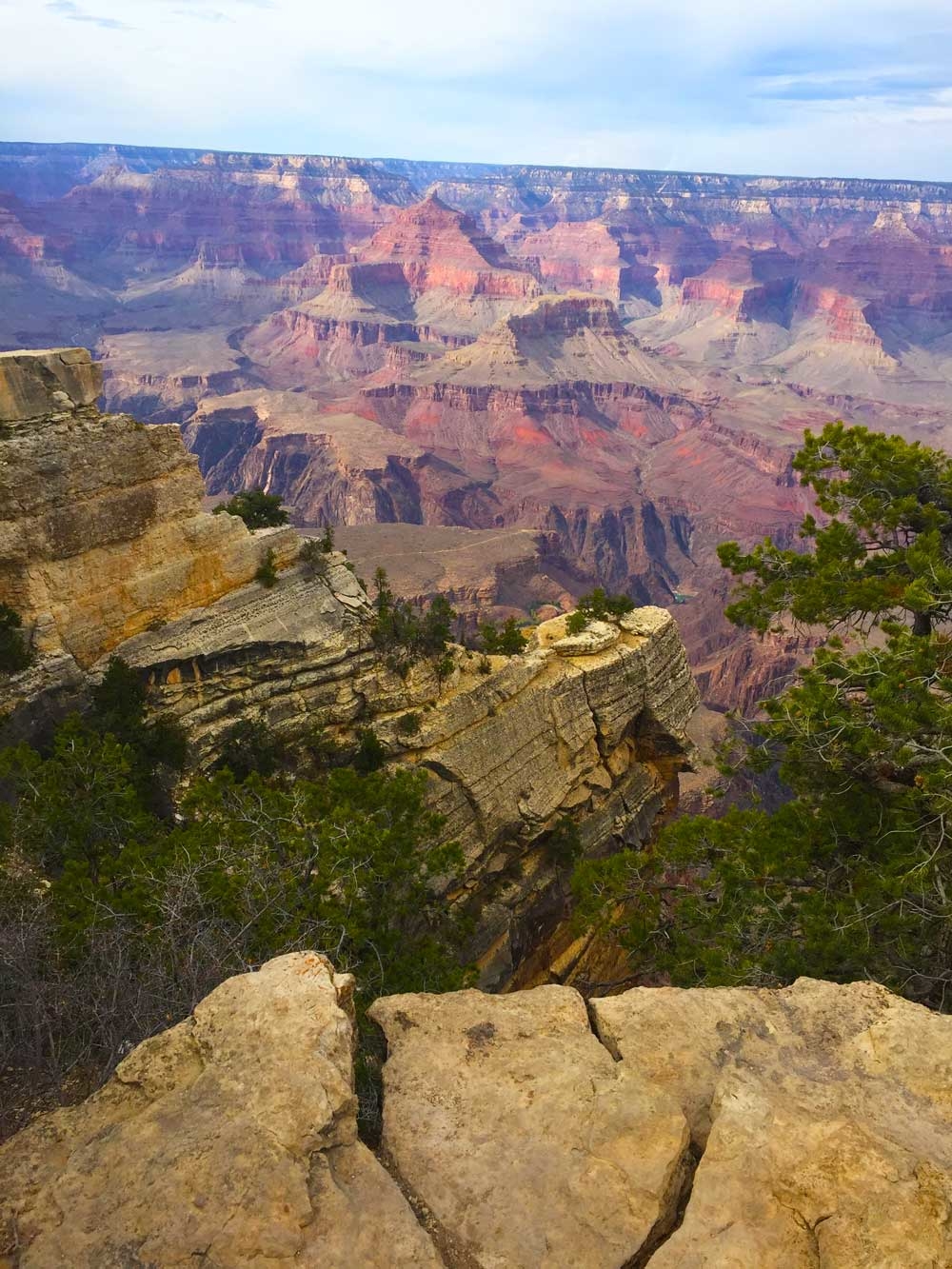 The trip ended in Las Vegas after the drive down famous Route 66. Here we bid farewell to our amazing tour director and driver and the rest of the tour group. The ending of our trip was special as we visited with my Uncle / Mom’s brother whom she had not seen in over 30 years! Best of the Canyonlands with Trafalgar was an awesome trip and another one for the books!