Bienvenidos a España which translates to Welcome to Spain.

There are things that undeniably define a country and Spain has more than its fair share. Hailing everything from ice-capped mountains, green lands, arid zones, sandy beaches, culture, friendly locals, historical sites, narrow streets, grand display of art and architecture. Plus, not forgetting the country’s great cuisines from the Basque province, Catalonia in the North, Madrid to Andalusia South of Spain that are full of aroma and mouth savoring tastes. The perfect tour that provided me with all the above was The Best of Spain with Globus.

On the first day after our arrival we took to the streets of Madrid for a nice afternoon stroll. Our four star hotel was centrally located in the heart of Madrid with a rooftop pool in September. At 6pm we met with our Tour Director and fellow travelers for a quick introduction and discussed the agenda for the rest of the week. It was then followed by a grand buffet with wine. The food was extremely delicious and catered for all tastes including seafood lovers and vegetarians. 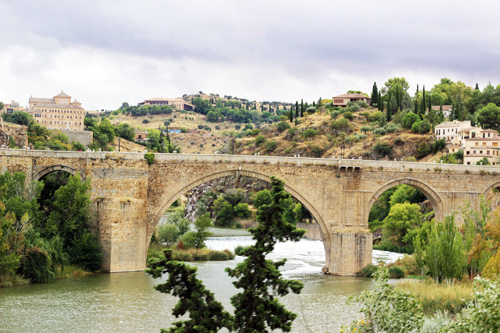 On the second day, after our delicious buffet breakfast at the hotel, we went on a tour of Madrid with our local tour guide. We drove by Puerta del Sol, Plaza de España with its monument to Cervantes, the beautiful Madrid parliament, Cibeles Fountain, Elegant Calle alcala and Paseo de Castellana. Prado Museum was the highlight of day. It was founded in 1819 and has one of the finest European art collections of the last 8 centuries.

We took the optional excursion to the imperial city of Toledo. One of the oldest and most beautiful towns in Europe known for its genuine Spanish buildings of almost all periods in history (Arab, Gothic, Mudejar, Renaissance, and Baroque styles). Home of the former Painter El Greco, we visited the Church of Santo Tome with its Masterpiece by El Greco, the synagogue and a Damascene steel workshop. 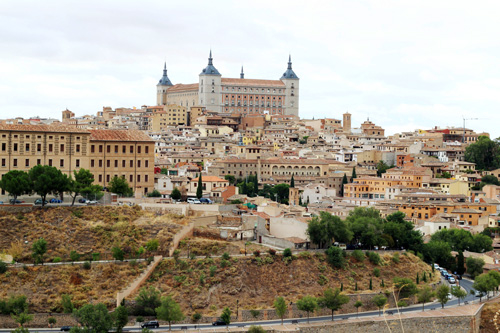 We arrived back in Madrid, just in time to conclude our day with a Panoramic evening drive with a Spanish Style dinner at an underground stone restaurant including with wine and Sangria (the most traditional and famous Spanish drink) to top off the night.

On day three, after breakfast we left Madrid and headed for Seville, the vibrant, festive capital of Andalusia, with a stop in Cordoba which was an important Roman city and a major Islamic center in the middle ages. Our local guide took us on a sightseeing tour of the medieval Jewish quarter, the Mosque of the Caliphs which is famous for its 850 Pillars of porphyry, marble and jasper, the Roman Bridge, and the remains of the Alcazar. We arrived in Seville around 4 pm to unwind at our beautiful hotel right in the center of Seville. Later, dinner was included at a local Spanish restaurant Sevilla style.

On day four, our tour included Seville city sightseeing. We started off with a visit to the magnificent Plaza de Espana, used in the movies Lawrence of Arabia and Star Wars. We also saw the Casa De Pilatos that had a mixture of Moorish and Roman architecture with a splendid collection of Roman sculptures. In the afternoon we had the opportunity of doing our own exploring, or relaxing, or an optional excursion of the La Giralda.

We had an hour visit of magnificent Seville’s 15th century La Giralda Gothic cathedral then afterwards strolled through the narrow lanes of charming Santa Cruz Quarter as we walked back to our hotel.  What ending tour night out with a truly amazing Andalusian Flamenco Show, which included a typical Andalusian dinner and wine. I personally recommend this optional excursion.

We said good-bye and left Seville on the fifth day and headed for Granada known for grand examples of medieval architecture dating back to the Moorish occupation, especially the Alhambra. We visited the Alhambra Complex with our local guide. It was a fantasy of “lace in stone” surrounded by arabesque gardens and fountains with its superb views of the Old Quarter and Sacromonte, a mountain occupied by Gipsy cave dwellers and a royal summer residence, The Generalife.

We departed Granada for Valencia, the city of Art and Sciences, on the sixth day. Valencia rarely gets rain and the day we arrived it was raining cats and dogs, so unfortunately we did not have the chance to explore beautiful Valencia, instead we opted for an orientation drive. We had the opportunity of trying the traditional healthy Horchata drink made with tiger nuts and dates for sweetness.

Later that evening, a tour of Valencia is not complete without trying Paella. We visited a local restaurant, La Marcelina, for a paella dinner including wine and Sangria.

We left Valencia on day seven and headed for the famous Barcelona via a scenic route along the coast all the way to the cosmopolitan capital of Spain’s Catalonia region, known for its art and architecture. I would also like to add shopping and food. Barcelona is the icing on the cake.

The reminder of the afternoon was left free or us to explore the numerous attraction areas, shops, restaurants, history and architecture were within walking distance from the hotel. Time for some Tapas!

On day 8, we took an optional excursion to Mount Monserrat. The Benedictine monk’s retreat offers some of the most spectacular mountain views of Catalunya. The natural beauty surrounding the monastery is simply breathtaking. This was the highlight of my visit along with the guided sightseeing tour of Barcelona city. Beautiful Barcelona features the Columbus Monument, Plaza de Cataluna, and Paseo de Garcia.

Then we went to visit the spectacular Sagrada Familia Basilica, Gaudi’s masterpiece, then saw a panoramic view of the city and harbor from Montjuic Hill.

We took a walking tour of the famous La Rambla to visit the Boqueria Market which is the oldest food market in Spain. This is where the top chefs buy for their Michelin star rated restaurants and where we enjoyed one of the popular fresh fruit juices. We had time to shop before it all came to a pleasant end with a farewell dinner at La Fonda del port Olympic restaurant to bid farewell to all my friends. What a perfect ending to our tour. Great food, history, art, architecture, culture, people, shopping and a great tour. 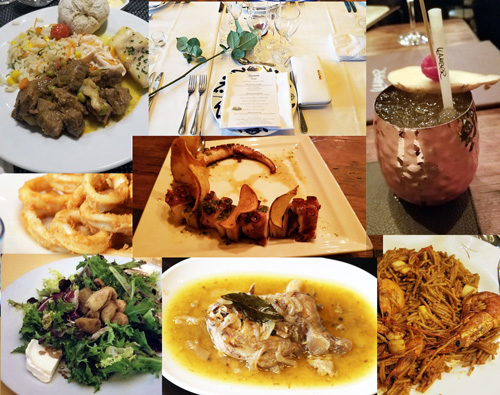 Our Journey came to an end with a transfer to the airport for our flight back home after breakfast.

I highly recommend The Best of Spain tour with Globus to anyone interested in culture, Flamenco, magnificent churches, majestic mountains impressive architecture, art history, beaches, landscapes, and Spanish amazing food. Spain is one of the most beautiful countries in Europe. Adding a day at the start and at the end of this tour will give you enough time to explore Madrid and Barcelona at your own pace.