This summer, I had the opportunity to take a tour of Cape Cod, The Islands, and Newport with Tauck. Our program began at the luxurious Lenox Hotel, a prestigious boutique hotel in the heart of Boston, where our group was each introduced to one another before going to an elegant steak dinner at Grill 23 & Bar. We had an early start the next morning, so it was very convenient that the restaurant was only a 10 minute walk to our hotel, although we took the motor coach.

The following morning provided us with a brief sightseeing tour of Boston. We then headed off to the town of Plymouth to see the famous Plymouth Rock and a replica of the Mayflower. Although the tour did not include a visit inside of the Mayflower, we were provided admission to the Plymouth Plantation, which is a living museum with re-enactors who provide insight about the Wampanoag People and the English community during the 17th century.Â  Â After spending time with the re-enactors, we drove to the town of Falmouth, and had lunch in a very beautiful town located in Cape Cod with a population of approximately 31,000. Later in the afternoon, we took a ferry ride to Martha’s Vineyard for a 2 night stay at the Harbor View Hotel & Resort in the former whaling center town of Edgartown. 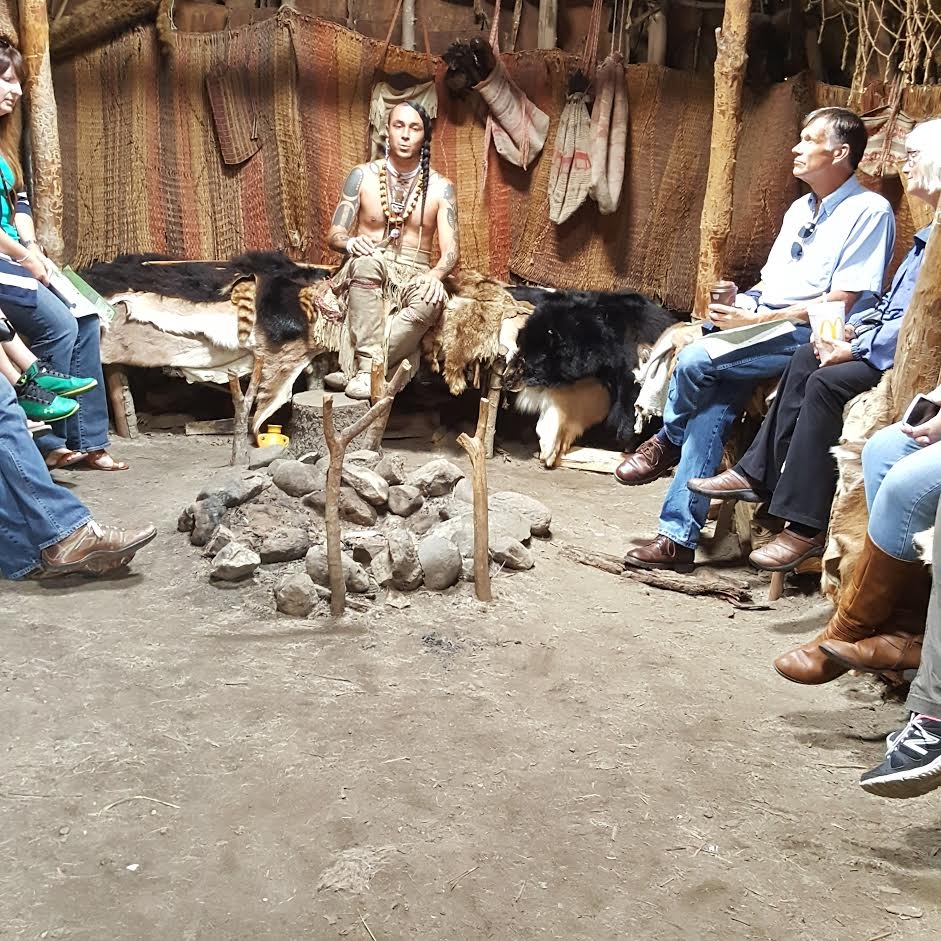 While we hear of Martha’s Vineyard from time to time, I was surprised by the size of this island. It was larger than I had expected and very affluent. The year round population is roughly over 16,000, however, this number swells to over 100,000 people during the summer. Our sightseeing tour of Martha’s Vineyard included the colorful gingerbread cottages of Wesleyan Grove in Oak Bluffs and Vineyard Haven. Wesleyan Grove has been listed as a National Historic Landmark District and was the first summer religious camp established in the United States by the Methodists. Church services are still held in the Tabernacle during July & August, as well as community sings and movie nights. Our tour also included a visit to the towns of West Tisbury and Aquinnah, were we had the opportunity to take photos of the Gay Head Lighthouse.

Day 4 of our tour was one of the best, as Tauck had chartered a couple of Cessna planes to fly us to Nantucket. The flight was less than 20 minutes total, but it was great to sit up front next to the pilot and see the landscape below us with miles and miles of endless ocean, and Nantucket, ahead of us. The Nantucket Memorial Airport was very familiar to me as it was featured in the 1990 TV series, Wings. Nantucket Island was one of the most important whaling towns some 200 years ago, and the island shows it. I did not know, however, that Nantucket also played an important role in the Abolitionist Movement and was frequented by the likes of Frederick Douglass, William Lloyd Garrison, Horace Greeley and Lucretia Coffin Mott. We were provided a sightseeing tour of Nantucket, and had an entire afternoon on our own for lunch and to do as we wished. Tauck was very generous and provided us all with lunch money as well.

After spending a beautiful sunny afternoon shopping for souvenirs, our tour group met up at the ferry terminal for the fast one hour ferry ride back to Cape Cod, where we met up with our coach driver for the drive to our next resort, the Chatham Wayside Inn. All accommodations on this tour have spoiled me, as each had its own distinct character. The seaside town of Chatham and Chatham Wayside Inn was a picture perfect destination of family and friends, chapels and churches. Kind of like a modern day Mayberry by the sea, but more luxurious. The highlight of our dinner this night was an included traditional lobster and clambake. This was my first time having lobster since I’m not really into sea food, but it was a good experience. The wine did help! 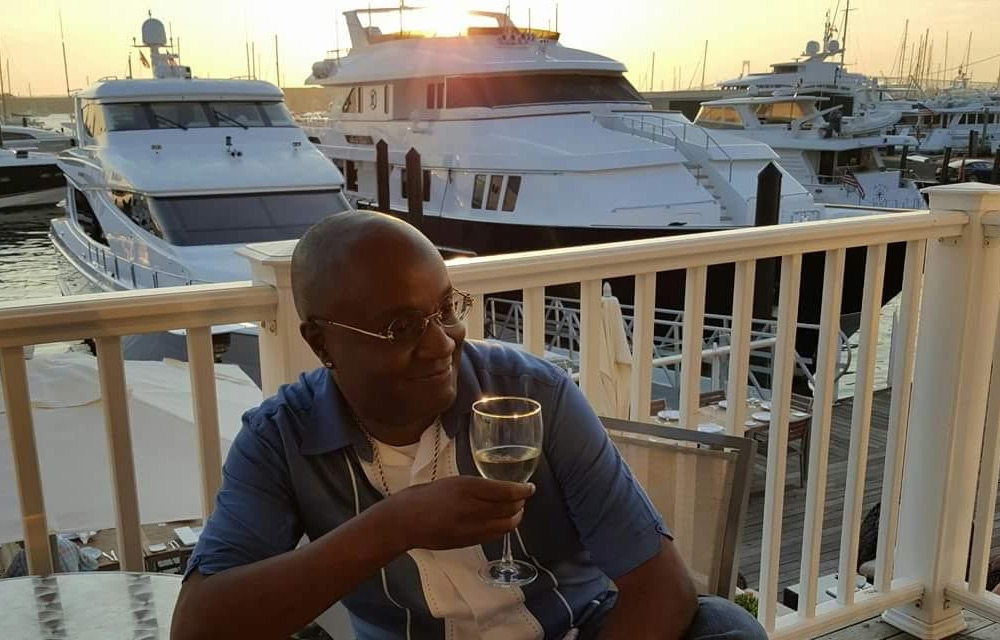 We traveled the next day to the Marconi Wireless Station Site, which was the site of the first transatlantic wireless communication between the U.S. and Europe. It was here back in April 1912, where station operators alerted the RMS Carpathia of the sinking of the RMS Titanic, so that they may rescue the passengers in need. That afternoon, we headed to the summer resort of Provincetown (or as the locals call it, P-Town.) Provincetown was the location of the first Pilgrim landing, which is commemorated by the Pilgrim Monument, a 252 feet tall solid granite structure located in the Historic District, which offers endless views of the area. Another highlight of this trip was our afternoon whale-watching cruise, where we spotted so many different species, Â such as the Minke whale, Finback whale, and Pilot whale to name a few. This was one of those life experiences which forces you to realize that we must do more to protect these beautiful animals, some of which are endangered. It was back to our accommodations at the Chatham Wayside Inn for dinner and a relaxing evening.

After our stay in Chatham, we drove off to New Bedford for a visit to the New Bedford Whaling Museum, the largest museum dedicated to the history of whaling. The decline of the whaling industry has taken a toll on the city of New Bedford, and it’s evident that the town has seen better days, but the city does have a strategic master plan to provide additional development and revitalization by the year 2020. I’m sure that the Whaling Museum will be the center of a rejuvenated city center. The museum is home to the world’s largest ship model, the Lagoda, a half-scale whale ship built in 1916, and includes four species of complete whale skeletons. Â Our tour continued on to our final destination of Newport, Rhode Island.

Our first stop on our Cape Cod Newport Tauck tour was at the La Forge Casino for lunch. We had a sightseeing tour of the historic summer “cottages” of the affluent members of the Gilded Age, and explored the Ten-Mile Drive. Our last two nights were at the Newport Marriott, which was centrally located on the harbor.

Our last day of the tour included a walk along the Cliff Walk with beautiful views of the city in the distance, and the summer mansions adjacent to us. Our tour included admission to The Breakers. This summer “cottage” was built by Cornelius Vanderbilt II, the grandson of Commodore Cornelius Vanderbilt who was a business magnate and philanthropist, who built his wealth in railroads and shipping. You can spend days in The Breakers and still not see it all. After our tour, we had the opportunity to use our tickets for admission to other mansions on the circuit at a reduced price. I decided to visit Marble House, which was built for Commodore Cornelius Vanderbilt’s other grandson, William Kissam Vanderbilt, and his wife Alva.

Our afternoon was spent on an enjoyable harbor cruise exploring Narragansett Bay with a viewing of Hammersmith Farm, which is where the wedding reception of former president John F Kennedy and Jacqueline Bouvier Kennedy was held on September 12th, 1953. The perfect end of this day (and tour) was a farewell cocktail reception and dinner at The Grill at Forty 1 North, an exclusive dockside restaurant with elegant views of the yachts and exquisite meals.

This Cape Cod Newport Tauck tour was a tripÂ of a lifetime, and I highly recommend it to the discerning traveler who will settle for nothing but the best. From classic accommodations, transportation, and knowledgeable guides, Tauck offers white glove service from beginning to end.