In September I was able to cross sailing around Greece off my bucket list with Contikiâ€™s Greek Sailing tour. I wanted to hit the smaller Greek islands that had less tourists, and to go with other Millennials. 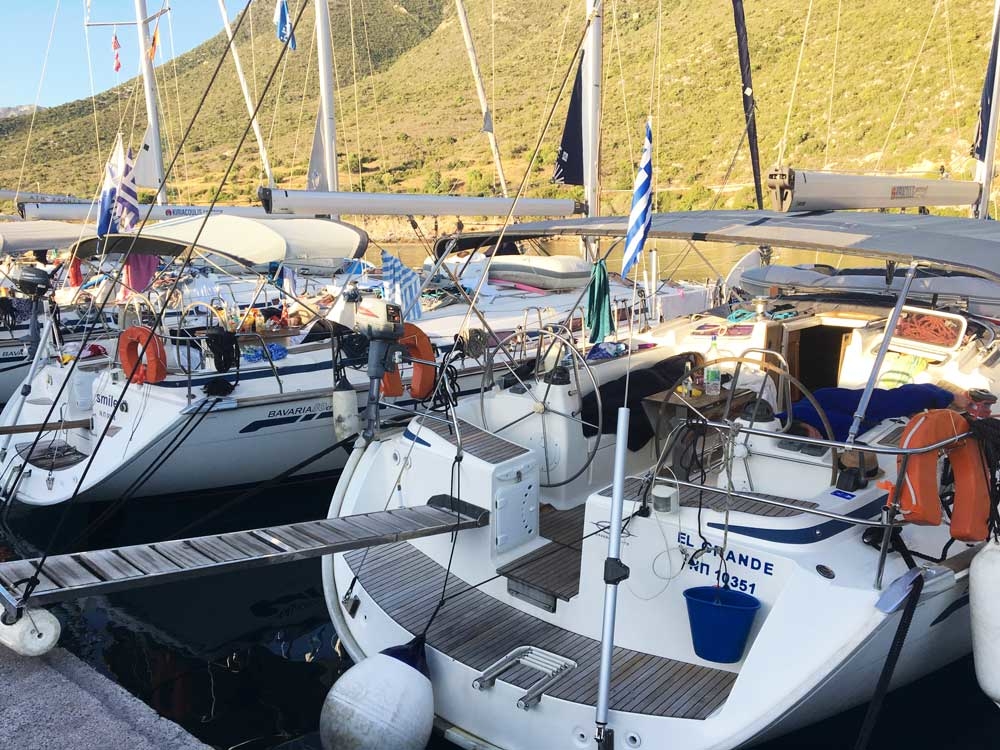 There were 23 of us split between three 50 foot long sailboats, and I personally think my boat had the best people. The eight of us got along really well, and for the majority of the trip we did things as a group. We did go off and do our own thing from time to time. But, I think thatâ€™s why my all female boat didnâ€™t have a single fight on it. 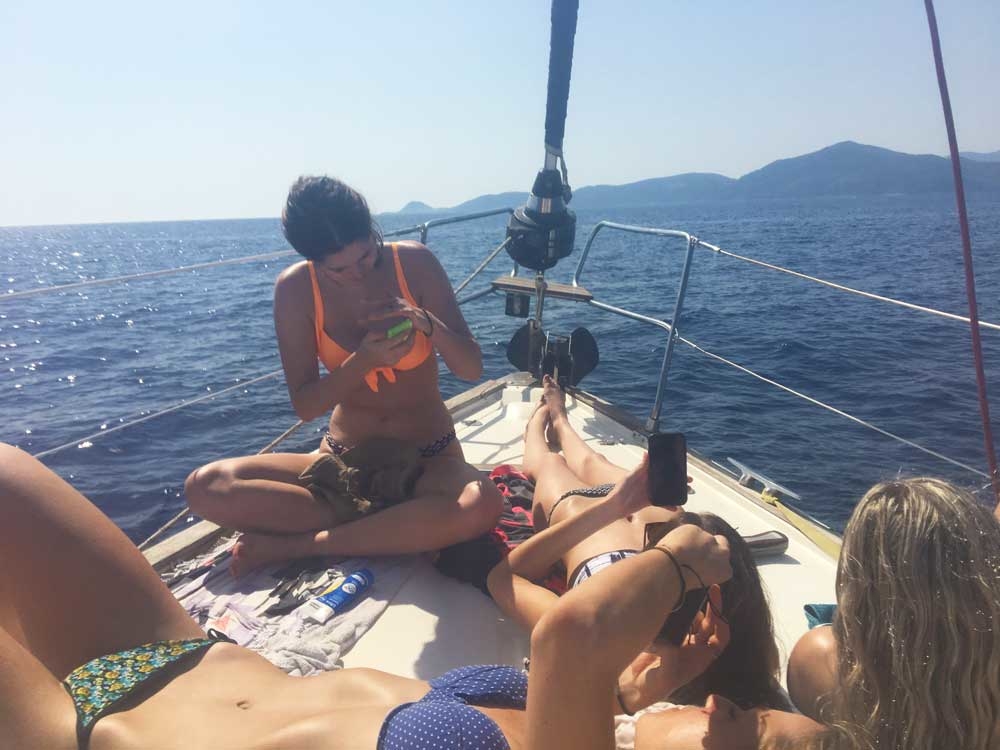 We would snorkel, paddle-board, and float in the most beautiful water in the world!

Also, Greek men can cook!!! Our wonderful captain and captain in-training, Petrov and George, would cook some truly amazing meals while we had fun in the water. I wish there were pictures, but I was too busy eating. We were also told at the end of our trip that Contiki had decided to cover half the cost of our lunches! Just because it was the last trip of the season. 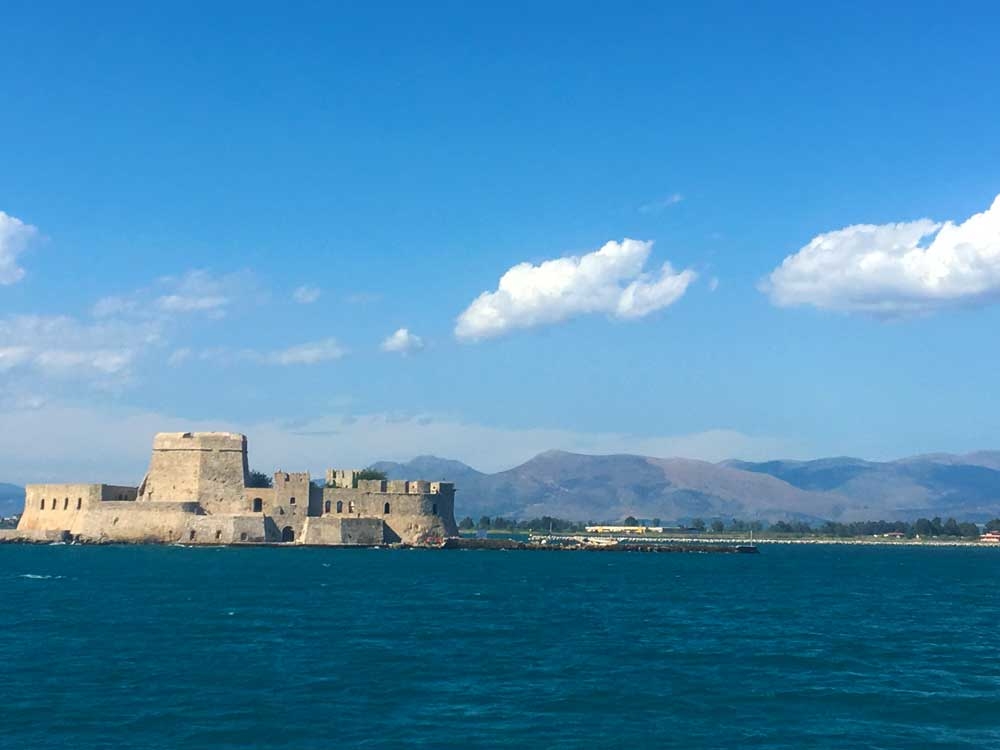 We also would go out to dinner every night with everyone on the tour. Luckily, my boat would eat family style. Everyone would order one thing to share, and then the bill was split evenly between us. The only night we didn’t order family style, my meal got messed up. But when Petrov found out, he went to the owners of the restaurant. Long story short I didn’t have to pay for my original meal or its replacement.

When we were sailing my boat was arguably, â€œthe most boring boat of the summerâ€¦at least during the day time,” at least according to our eccentric captain.Â However, after my hometown was hit with Hurricane Harvey, I was perfectly fine with that. We would tan on the bow, read a book in the cockpit, or give a stowaway from another boat truly horrible pedicure. We also loved going down below deck to play music, dance, and dehydrate with Ouzo drinks whenever the sun was just becoming too much. 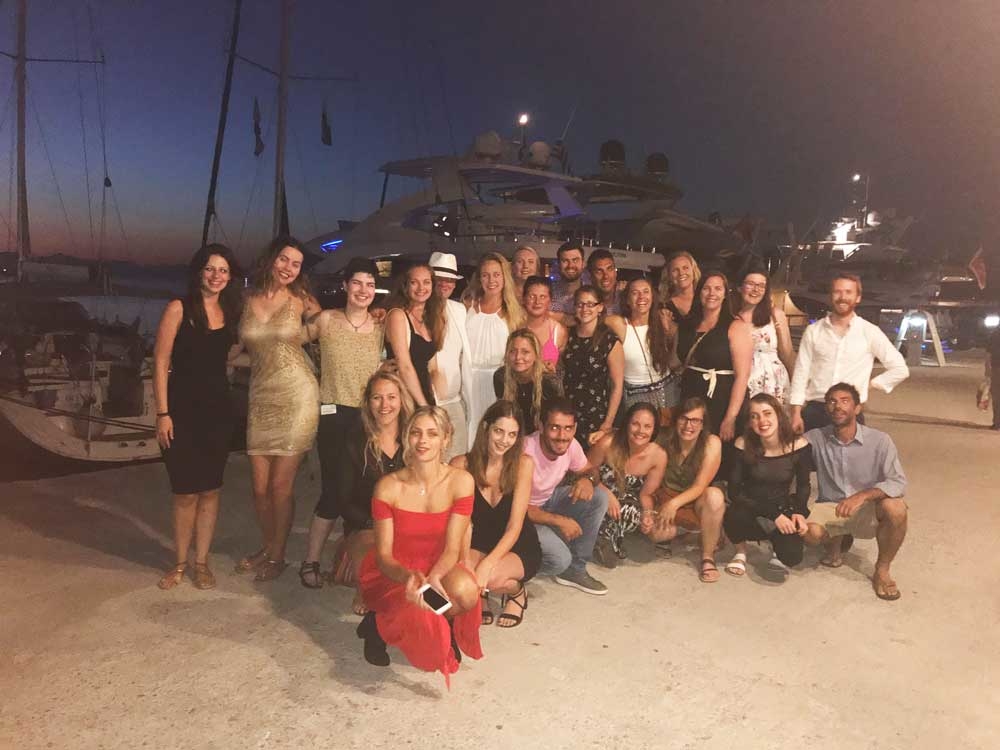 One of the things I really liked about this trip was once we got to our destination, we didnâ€™t have to do anything! Either Petrov or George would recommend the best things to do in every port. They would tell us how long it would take and how to get there. From cliff jumping in Hydra to trying to climb the 999 steps of the Nafplio Castle. (Key word for me was trying!) I made it a fourth of the way up the 999 steps before deciding the view might be nice, but so was being able to breathe. Then after dinner the captains would take who ever wanted to go out, to the best bar/club in the city, and they would party right along with us. They would also act like a watch dog and did their best to make sure things didnâ€™t get too out of hand.

Another thing that really different about the Greek Sailing itinerary is you only have to unpack once. However, because it is a sailboat there is a chance you will have to share a cabin and possible a bed with someone you do not know. But, it will be someone of the same gender as you. The cabins were very small and I do not recommend you bring a lot of stuff. Honestly, I spent so much time in my swimsuit that I didnâ€™t need 60% of the clothes I brought with me. Contiki also supplied us with a pillows, sheets, and comforters. 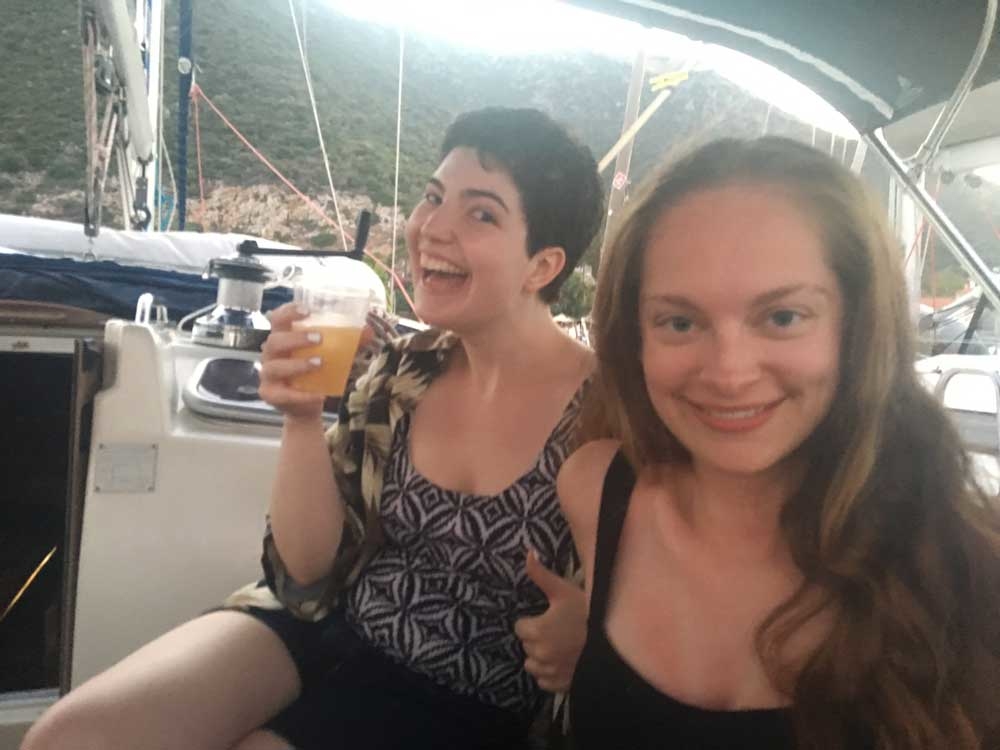 The biggest shock for us was showering situation. We would have to pull the faucet out of the sink in order to take showers. Then we had to figure out which button to press to drain the shower water.

All in all, the trip was amazing and was everything I wanted a Contiki trip to be. With that being said, the best way to describe Contiki is Study Abroad without ANY classroom time! If you are looking to get some culture in during the day and party through the night, Contiki really is the perfect tour company for you.

Related: Calling All 18-35 Year Olds! Save On Your Next Contiki Trip!

Also side note that has nothing to do with Contiki but is still pretty awesome! At one of our lunch stops we got to see Qatar’s former Prime Ministerâ€™s 436 feet long private yacht. So in addition of getting to swim within three football fields of royalty, our wonderful Captain was nice enough to circle the yacht so we could really see it! Even though itâ€™s considered very rude to circle another boat/ship. 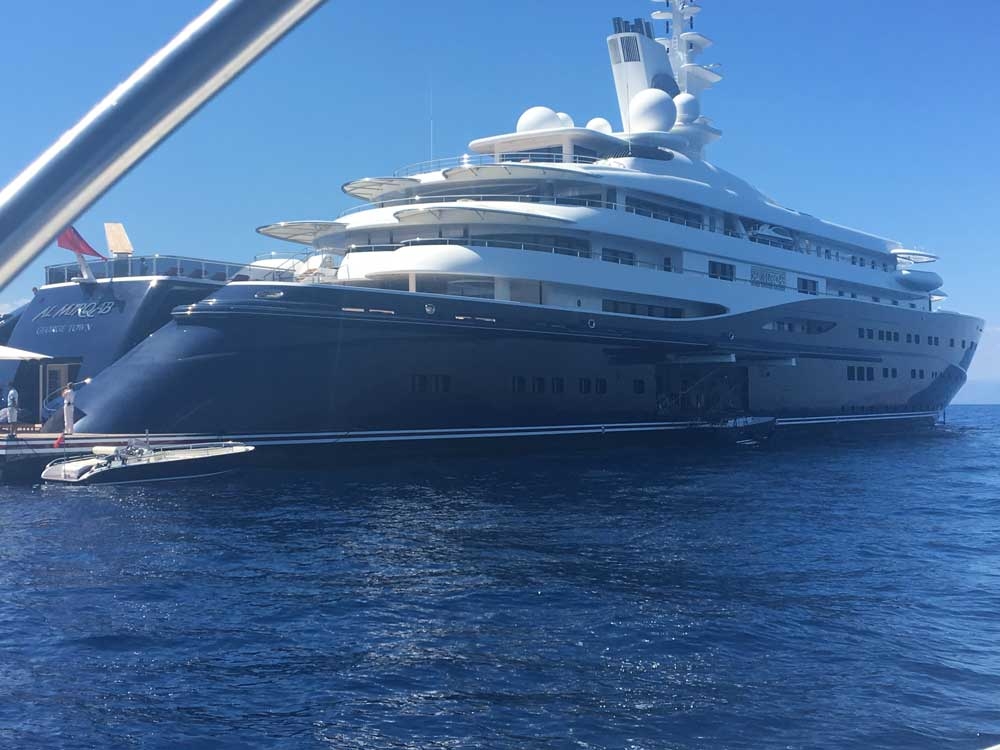