I can’t say enough good things about the Highlights of Vietnam with Trafalgar.Â This tour will be remembered as one of my favorite vacations ever. The tour was 12 days of cultural discovery, great food, beautiful beaches, lovely humble people and fun. Every hotel on this itinerary was top notch and centrally located. 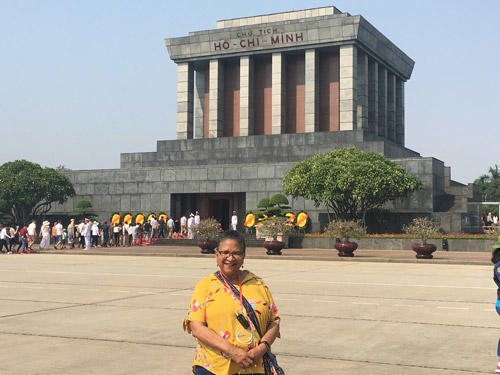 Our journey began in the north in Hanoi and ended in South Vietnam in Ho Chi Minh City (Saigon). In Hanoi we visited the home and Mausoleum of Ho Chi Minh or Uncle Ho as he is known there. Forgetting politics, he is revered for his lifelong battle to free the people from oppression by colonizers. 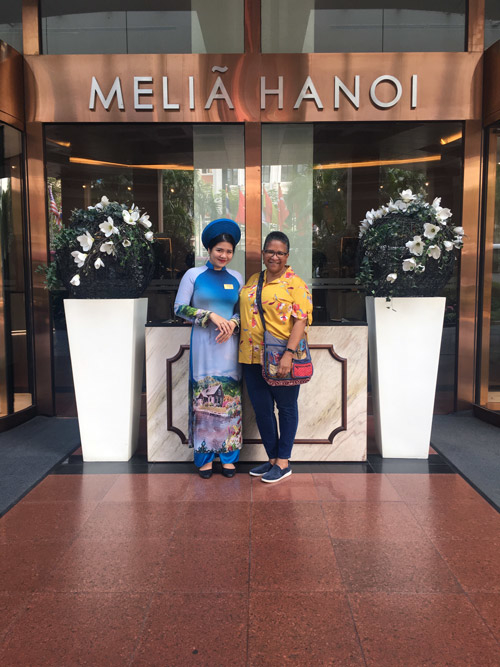 Other highlights in Hanoi included a rickshaw tour of the city, a visit to the Hanoi Hilton where Senator John McCain was imprisoned and a visit to the Temple of Literature, the first university for the sons of Mandarins. 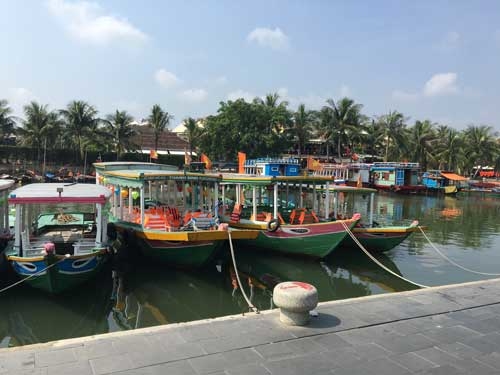 After leaving Hanoi, we set out for Halong Bay where we cruised on a junk boat (a style of boat but not the description because the boat was beautiful). 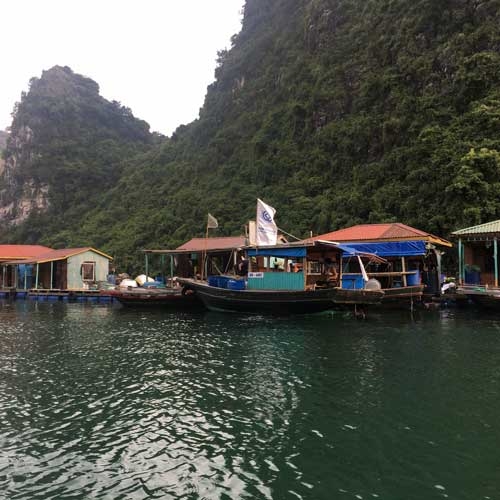 Aboard the boat, we had a cooking class and early morning tai chi class and learned how fishermen and their families live on the bay. From Halong Bay, we flew to Danang and transferred to Hoi An, which is a UNESCO World Heritage site. What a charming city with narrow lanes, colorful marketplaces and ancient temples. There is great shopping and everything is inexpensive. You can even have custom clothes made for a fraction of the cost you would pay in the US. While there we visited a local organic farm and even did a little bit of farmingâ€¦lol. We were treated to foot massages after our hard on the farm. 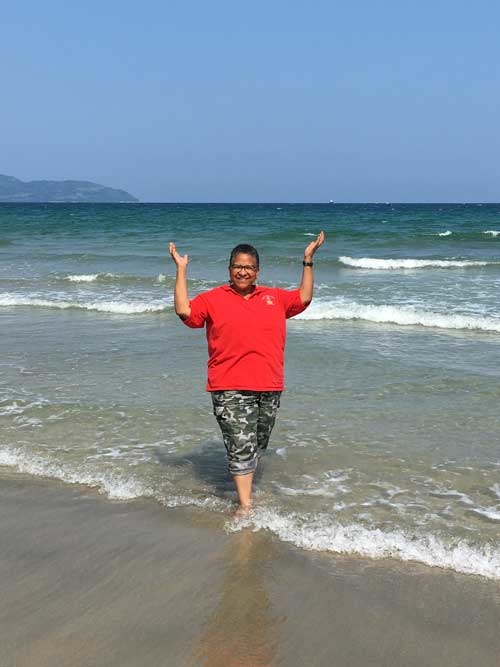 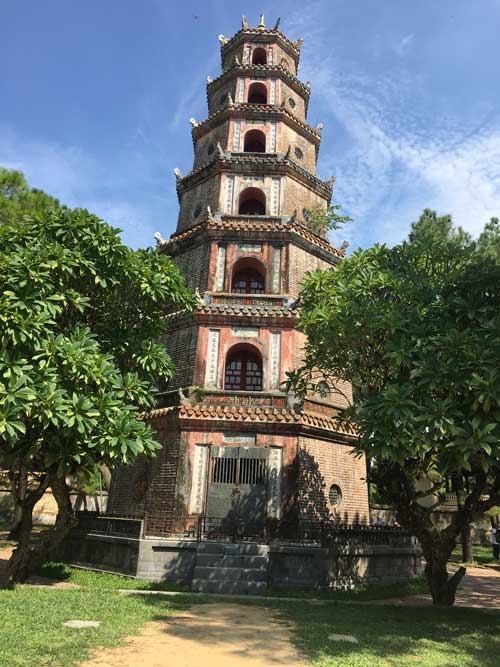 Our next stop on the itinerary was Hue, Vietnam. Along the way we stopped at a cooking school and visited China Beach famous from the Vietnam War. Interesting tidbit – the Vietnamese refer to the war as the American War. Before heading to our final destination, Saigon, we visited the ancient Imperial City of Vietnam, had a private dinner in the home of a Vietnamese family and learned how to make art using bamboo fiber. 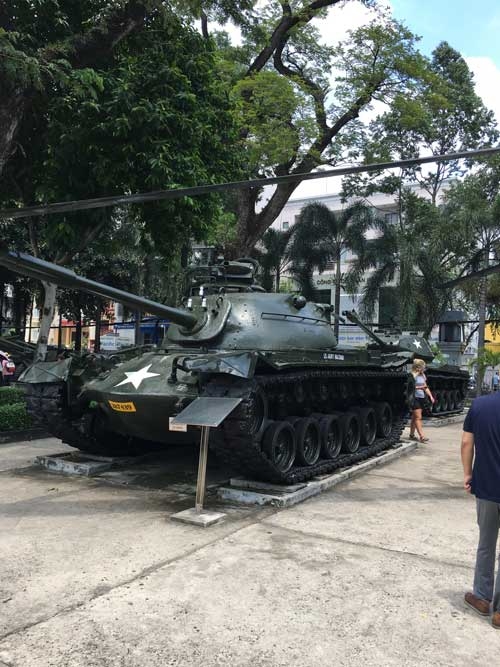 The tour ended with a flight to Saigon and included the most moving aspects of the trip. We visited the War Remnants Museum. It was heartbreaking to experience. 58,000+ Americans were lost in the war and over 3 million Vietnamese died or were reported missing. Sadly, there are millions still dealing with health issues due to Agent Orange. But what is so beautiful is that I saw no bitterness. The people are humble and welcoming. There is much poverty and suffering but just as much hope and love. Â We also visited the Cu Chi tunnels that sheltered the Viet Cong during the war. 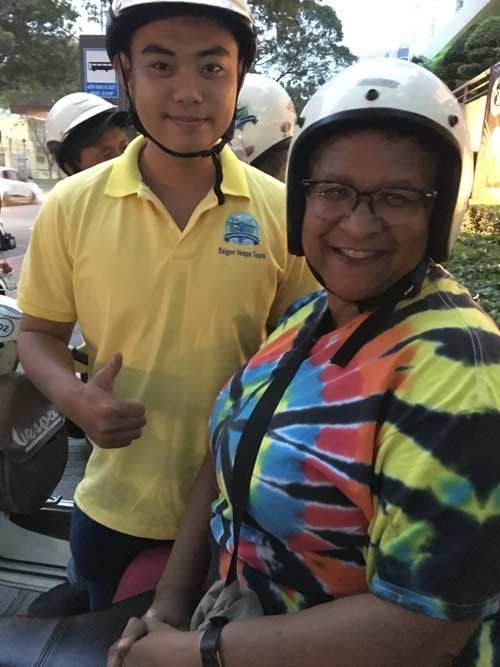 Saigon is a vibrant big city with much to offer the traveler. The highlight for me was a foodie tour on Vespas. It was so much fun! Our drivers took us to local restaurants and bars including a Latin club where the band was actually quite good. We had a ball but riding through the mean streets of Saigon on the back of a scooter is not for the faint of heart! 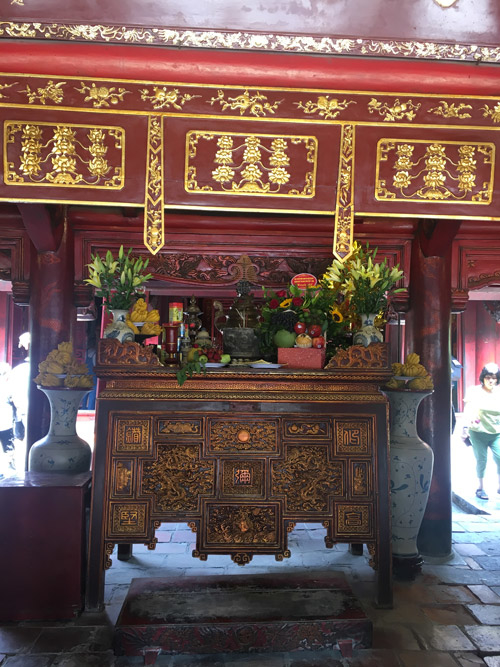 Our farewell dinner in Saigon was held at the former home of the Ambassador to South Vietnam during the 1960’s, Henry Cabot Lodge. The home is now owned by a wealthy Vietnamese family. The dinner and the house were beautiful. 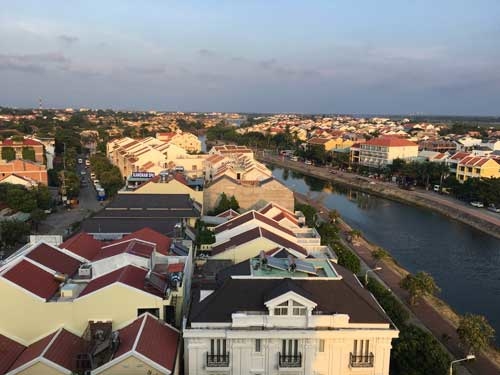 Highlights of Vietnam with Trafalgar is a great tour for history buffs, lovers of Asian food and culture, or anyone willing to try something different. I can’t end without giving kudos to our Tour Director, Thom Nguyen.Â  He was awesome. A good tour director should be personable, knowledgeable and efficient. Thom was all of these things and more. On more than one occasion, he tweaked the itinerary to fit the needs of certain individuals on the tour and he was able to do it and still keep everyone else happy. That is not easyâ€¦lol. Trafalgar is lucky to have him. 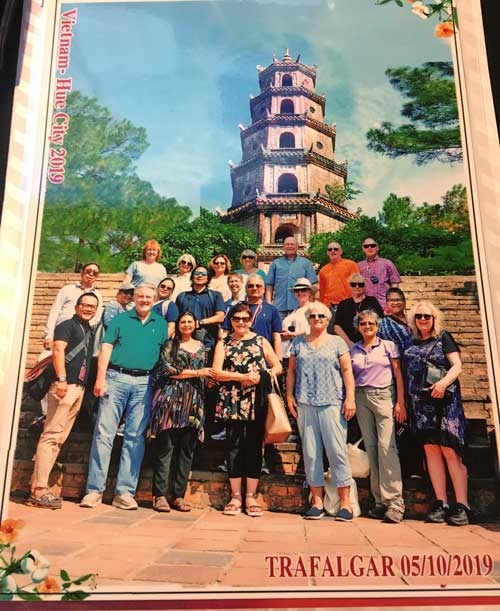 I highly recommend this Vietnam With TrafalgarÂ  tour. Europe is crowded. Go to Vietnam instead!