Vietnam is country with a rich history. At the beginning of my cruise on the Mekong river with AmaWaterways, I went to the Independence Palace, which serves as one of the many museums that Saigon has to offer. Itâ€™s known as Saigon by its people who live there but Ho Chi Minh City by its government.

On the outside of the museum there were relics of old war planes, tanks and large bombs that were used in the war. That was extremely fascinating for me seeing these in real life as opposed to on television or in a movie theater.

Itâ€™s here that I was educated on the affects that the dioxin, Agent Orange, had on its citizens. Woman, men and children mangled and severely disfigured. An extremely disheartening site due a needless war. Some of the older men on the tour were reduced to tears, with the memories rushing back like a giant avalanche racing down the side of a mountain.

Later on that day my group and I went to visit the Cu Chi Tunnel which was the strong base of Party Committee of Saigon and headquarters of Saigon.

This site has tunnels going probably 100 feet underground that housed the VC/Gorillas (Viet Cong) and many of the residents. The VC led attacks from underground against the then enemy. This tunnel was dug 1 by 2 feet. Thatâ€™s mean you had to be extremely thin to fit down theses tunnels.  Itâ€™s amazing how intricate these tunnels were.

Related: Sail The Mekong River With AmaWaterways And Experience The Magic Of Vietnam And Cambodia!

Going to the Ben Thanh Market was extremely interesting. Youâ€™d enjoy this flea market, especially if you enjoy the art of negotiation. As you walk by each individual shop which is next to the other one with no walls, the vendors are just calling you and in some cases pulling you to their shops.

Visiting Cai Be to see the floating markets, I had an opportunity to try snake wine which is similar in taste to vodka. The whisky is a variation of moonshine that has dozens of snakes in the extreme large jar of alcohol. I was only one of 2 or 3 people to try the wine. The rest of the group was a bit skittish.

While we were there, we saw Pop Rice being made. Itâ€™s made with black sand mixed in a giant wok like bowl with rice over high heat. I have never heard of this prior to going here. The rice actually pop like popcorn and tastes pretty good. The Vietnamese people are extremely industrious. They also use rice to make various types of candy, like Rice Candy. Who knew? 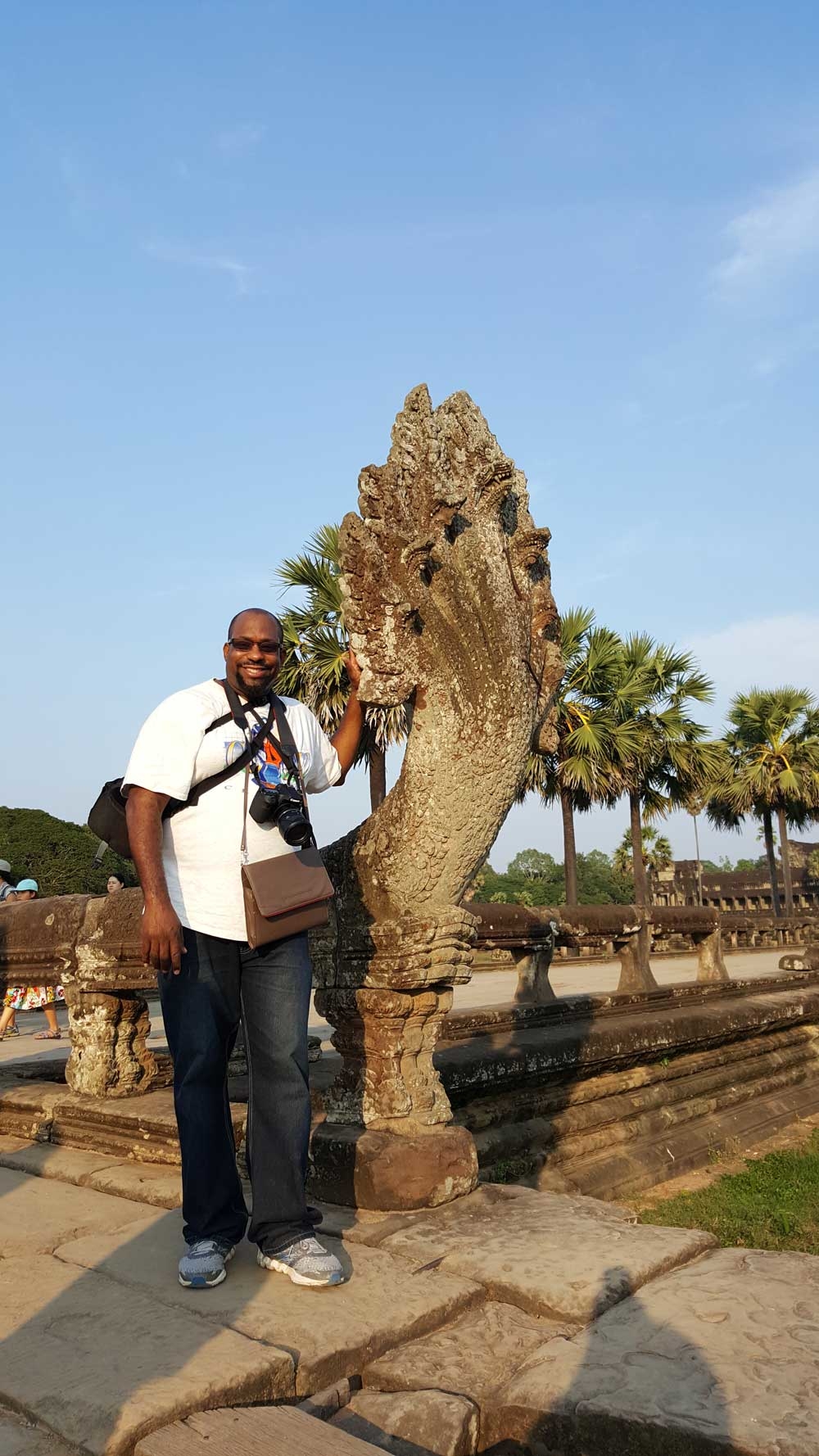 Later on that day we went to Sa Dec and visited a beautiful temple. Once we left there, we went to a very large street market where the locals sell fresh produce. They had little rats, amphibians and all kinds of fruits and fresh foods. The locals come here in droves. The market was extremely busy this day. Theses merchants here work 12 hours per day and only take around 3 days off per year for the Lunar New Year.

One of the highlights was going into Tan Chau on Evergreen Island and interacting with some of the local children. You would never think that with such meager living conditions the children would be so happy.  Many of the homes had no windows and were completely open with no doors. The electricity was run through to top of these modest homes due to the fact that they all flood just about every year. Thatâ€™s a major reason the residents donâ€™t purchase anything too expensive. If they did, they would lose it all the following year. 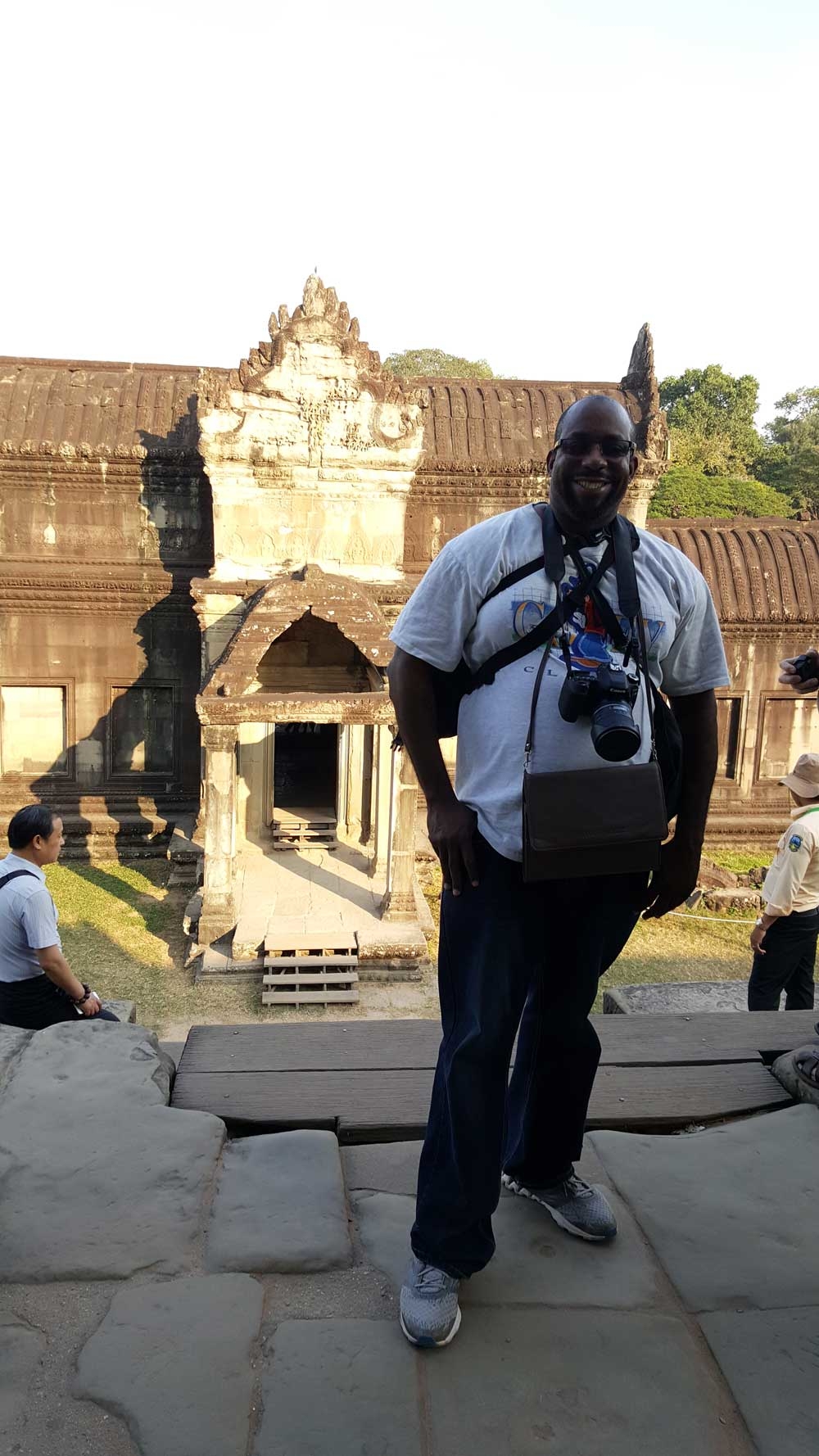 While in Tan Chau we visited a rattan mat workshop were they make mats as well as visiting a silk workshop. Touring though the town on a rickshaw (Xe Loi) was a different but good experience. Itâ€™s hard to believe that residents still use that primitive form of transportation.

Phnom Penh, Cambodia was once known as the â€œPearl of Asia.â€  It was considered one of the loveliest of French built cities in Indochina in the 1920â€™s. First stop was the Royal Palace. This is a huge complex and has beautiful gardens and many of its buildings serves as a museum. Inside has pieces of art and statues dating back hundreds of years. This is definitely a must see when visiting Cambodia. 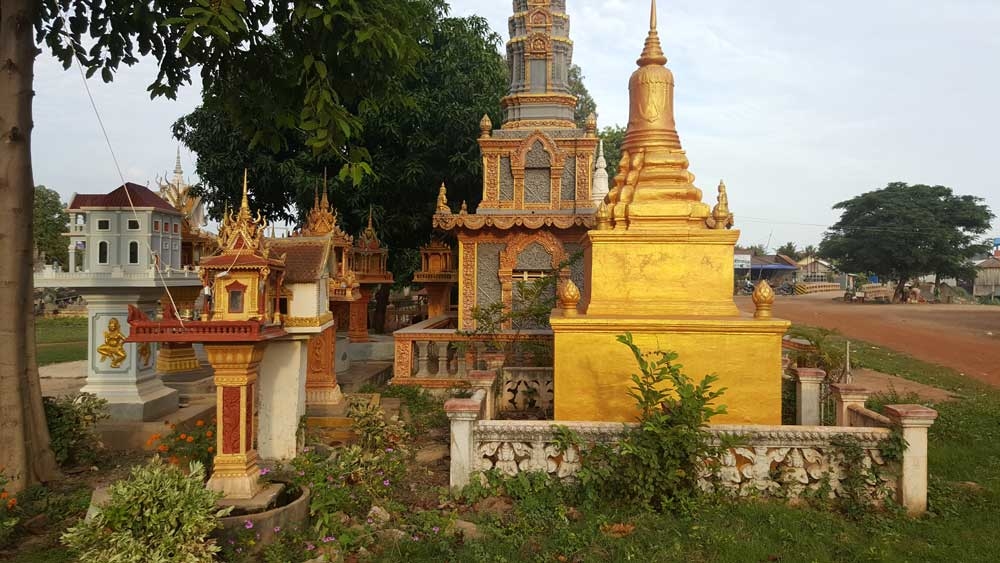 Another depressing site is going to the Tuol Sleng Genocide Museum where Cambodians where murdered and tortured. It was here I saw a giant picture on an outside wall. Within that picture were two young children in a prison camp with no clothes on. The oldest boy couldnâ€™t have been more than 10 years old. Believe or not, that same 10 year old boy who is now a much older man today what there at the Prison S21 Museum. It was there he told my group his personal story. This was an amazing first – hand account of what actually happened at that time in history.

This day ended with a tour of the National Museum which has so many statues and monuments dating back to the 16th century. This is definitely a must see. 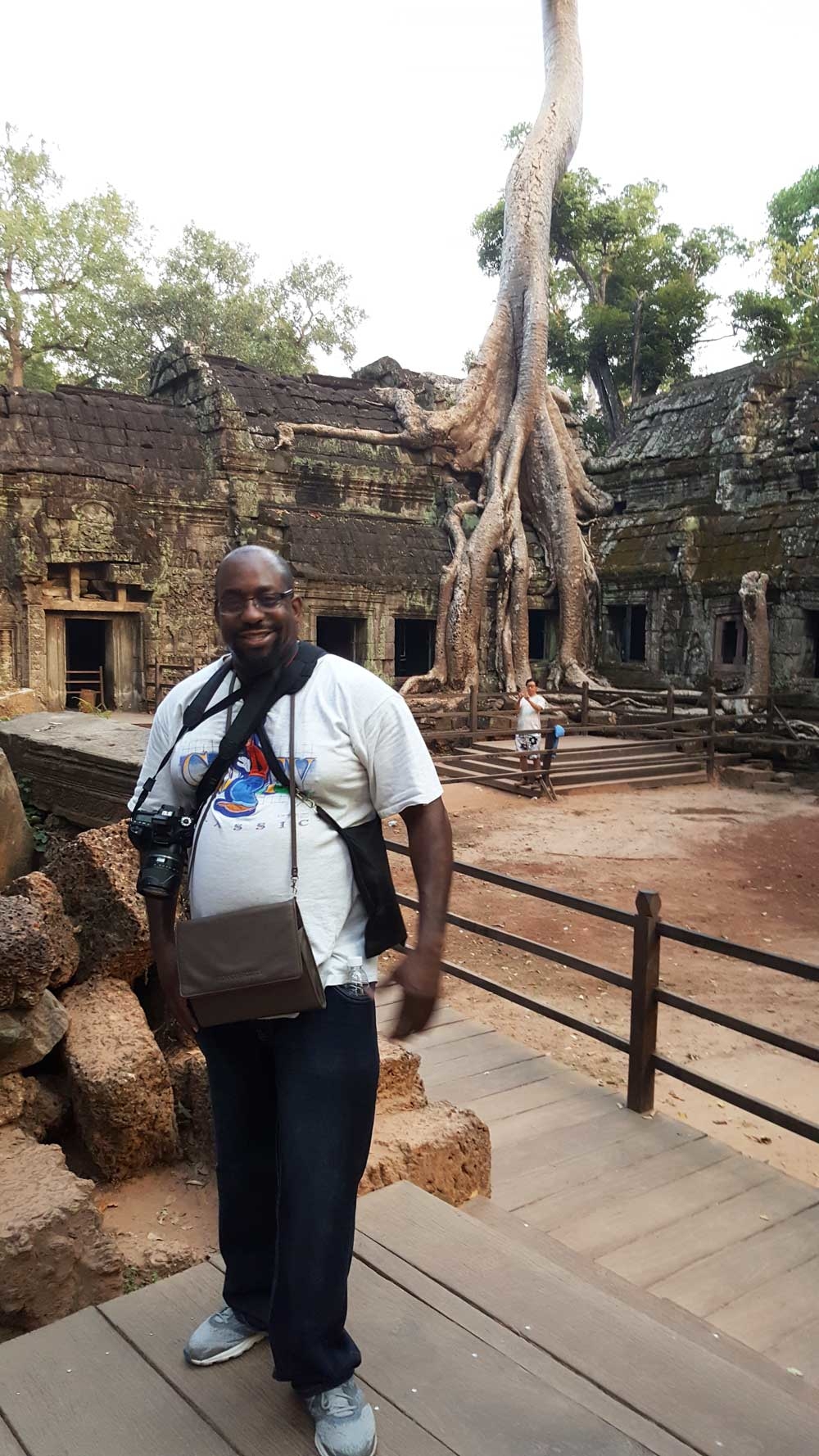 In Oudong we went to see the largest monastery in Cambodia. While there we went inside a large temple after taking our shoes off and sat down on the floor while the Buddhist monks said a 15 minute prayer. 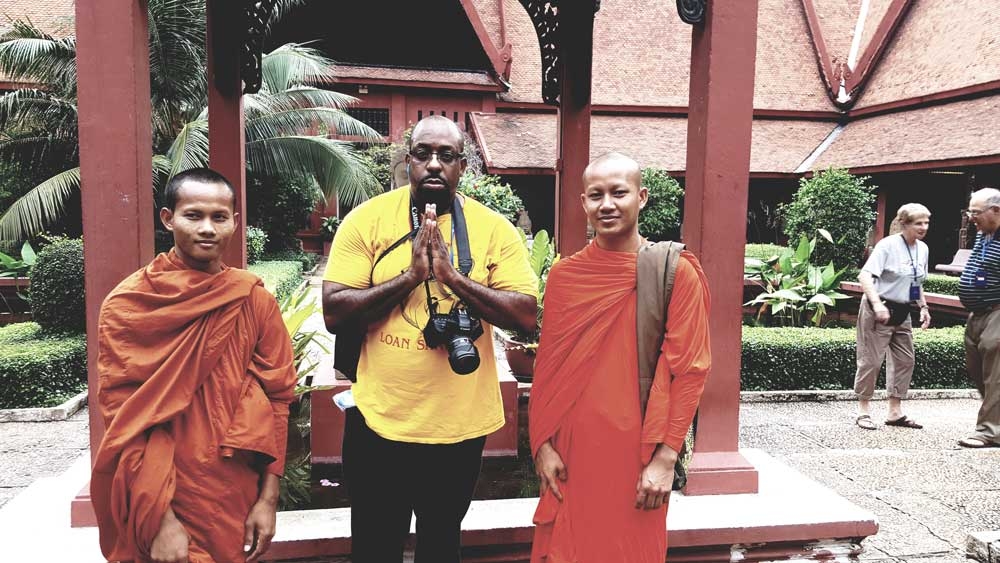 Once we completed the prayer and walked around a bit, we went to Kampong Tralach and ended the day with an old fashioned ox cart ride.  Believe it or not, the ox cart is still a common form of transportation in Cambodia.