Viking Sagas with Holland America Line was amazing for so many reasons, but Iâ€™ll begin with the ship. The Nieuw Statendam is Holland Americaâ€™s newest ship and boy, is she gorgeous! Itâ€™s chock full of fabulous new venues and itâ€™s not your grandmaâ€™s Holland America anymore.

To be fair, the crowd was still older as is common on a Baltic cruise, but the energy is ramped up. Theyâ€™ve put a lot of thought into their Music Walk and it pays off. There is truly something for everyone and people were definitely trying it all. The ship is home to the Rolling Stone Rock Room, billboard onboard (dueling pianos), Lincoln Center Stage and the crown jewel B.B. Kingâ€™s Blues Club. The way they have them set up and scheduled you easily transition from one musical genre to the next and then you can do it all over again. 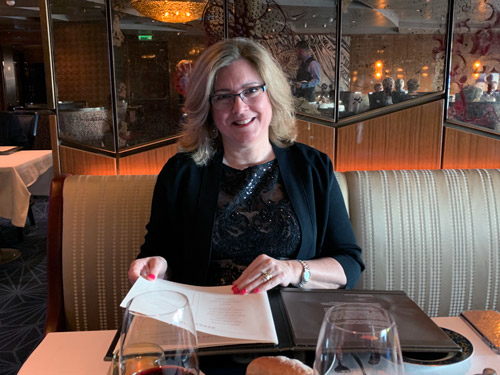 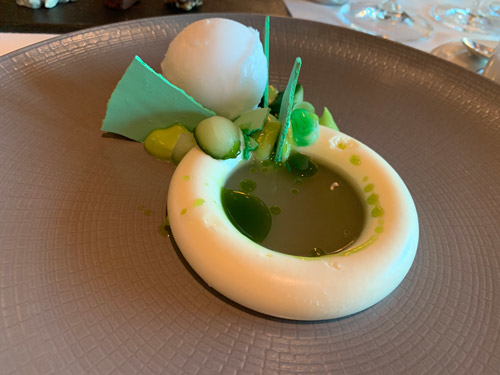 We also enjoyed a second night in the Pinnacle Grill for the Pri Fixe menu dinner and wine pairing Librije. 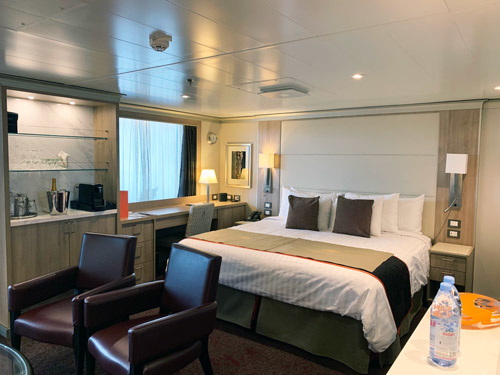 Since my husband and I were celebrating our anniversary, I treated him to a Neptune suite.Â  He fell in loveâ€¦â€¦with the bathroom! If this is something you can afford, do it! 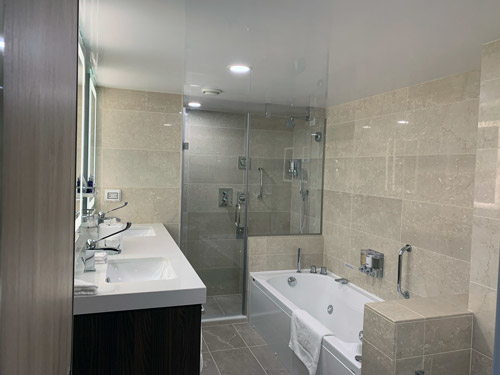 The bathroom was larger than the one we had in our hotel room. It was truly a joy to behold, clad in luxurious marble, adorned with glass and mirrors and showered in light. It had double vanity sinks, a jetted tub and a large walk in shower with fixed shower head, hand held shower and body jets. The perks just keep coming with a Neptune suite. 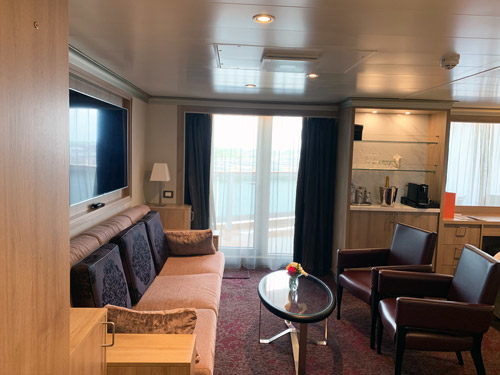 The cabin included a king size bed with exclusive Marinerâ€™s Dream mattress, sitting area with couch, coffee table and 2 chairs, ample storage area, including lighted closet rods (who knew I needed these, but I do now) a large balcony with 2 lounge chairs and a table and 4 chairs. You also get use of the private Neptune lounge and the services of 2 amazing concierges, on our cruise, Paolo Aniceta and Jennica Dizon along with a dedicated private dining room, Club Orange, for breakfast and dinner.

Now for the voyage! We departed from wonderful Amsterdam after staying in the heart of town at the Park Plaza Victoria. Beautiful renovated hotel across the canal from the train station.Â  Captain Sybe de Boer and crew gave us a smooth ride for the duration for the duration of the cruise. If only they could have controlled the weather! 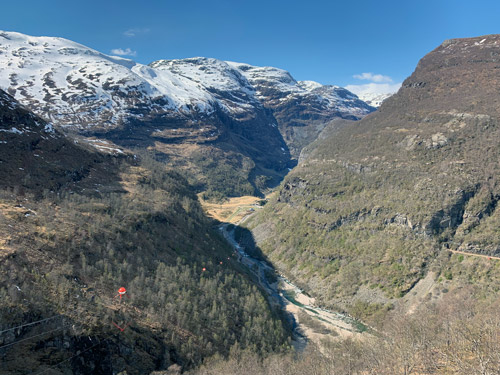 We arrived at our first port, Flam after a glorious day at sea. Flam was my favorite port of the cruise and the most picturesque. We docked in the fjord and we were the only ship there. It was magical. There are pathways all around leading to hostels, restaurants, cafes, restaurants, bars, hotels, a grocery store, a park and a train museum. We walked around and enjoyed the town before heading off on our chosen excursion on the Flam railway. 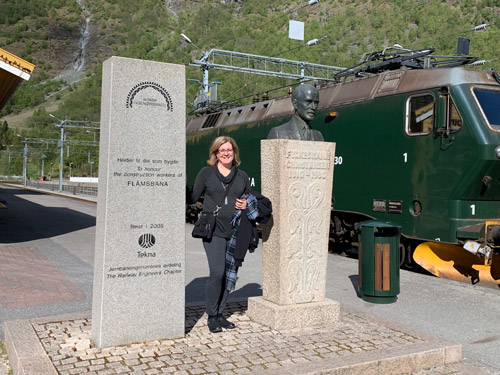 I would recommend doing the bulk of your souvenir shopping here as I felt upon looking back that it had the best selection except possibly sweaters which I found to be less expensive in Oslo. Back to the train. It was a beautiful and scenic ride crossing back and forth over rivers, traveling through tunnels, a magical stop at Kjosfossen Waterfall for pictures and up to our departure stop at Vatnahalsen and the Vatnahalsen Mountain Hotel for coffee and waffles, yum! After about an hour to eat and walk around we boarded the return train and saw the sublime views in reverse. 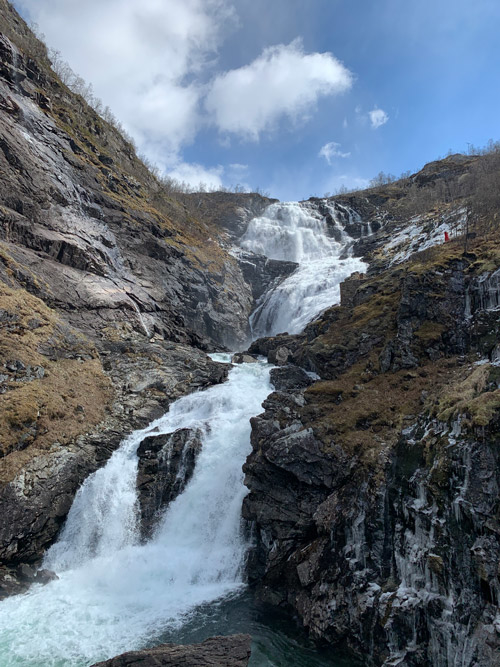 Our next port was Stavanger. Here we ported at a lovely, but more industrial area on one side and the town on the other. We opted to take the HAL excursion Stavanger Old & New. 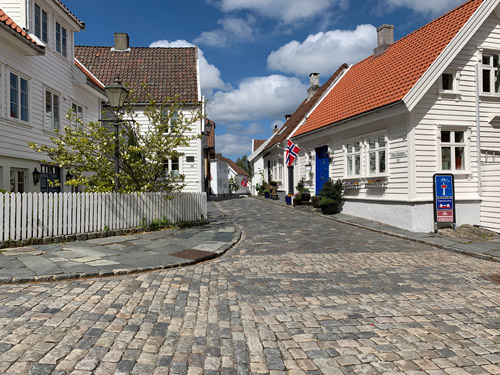 It was a bus plus walking tour. Our stops included the Swords in the Rock Monument which commemorates the place where Viking King Harald Haarfagre defeated the last regional princes in 872 AD and founded the Kingdom of Norway by uniting all the small kingdoms under one crown. 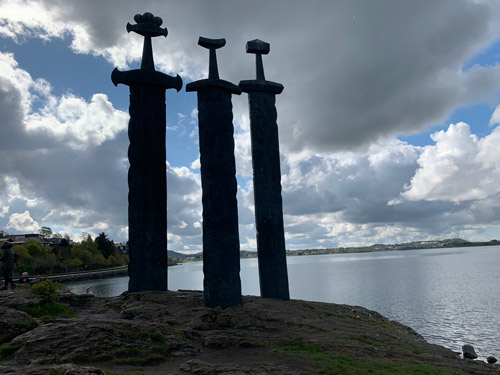 Another stop was at an Iron Age Farm, built on actual burial mounds from the Bronze Age and also the time of the Vikings and then on to the Archaeological Museum. 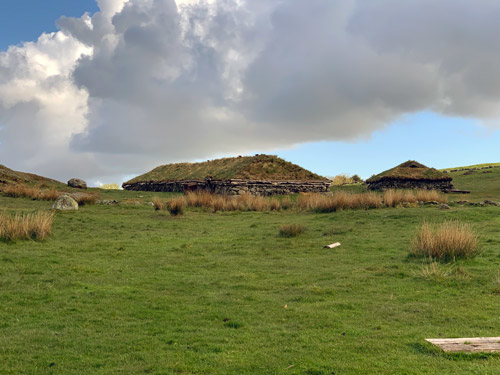 Then the final bus stop at the Petroleum Museum, highlighting life on a North Sea oil platform and interactive experiences. Finally, we take a walk through old Stavanger, taking in the quaint homes originally built for seaman, businessmen and craftsmen of the town and traversing the cobblestone roads. 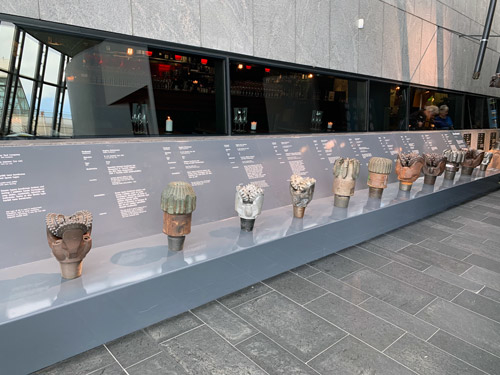 The next port was Kristiansand on our Viking Sagas with Holland America cruise. Hereâ€™s where the not so awesome weather starts. We pulled into a very foggy port it was drizzling and quite cold. Here we decided to take HALâ€™s Norwayâ€™s Southernmost Lighthouse tour.

This tour is a rather lengthy bus trip to the Lindesnes Lighthouse, Norwayâ€™s oldest and southernmost lighthouse built in 1655. This site is also the home of the National Lighthouse Museum that hosts a film and various exhibits relating to the Norwayâ€™s maritime history and history and development of lighthouses. We then climbed up to the lighthouse and the surrounding area. I opted to climb to the top of the lighthouse. The view was simply stunning. We then boarded the buses and headed back to the ship. We took a brief unscripted photo stop at Under, a new fabulous underwater restaurant that has a waiting list of six months.

Related: Click Here To See All Sailings On The Nieuw Statendam! 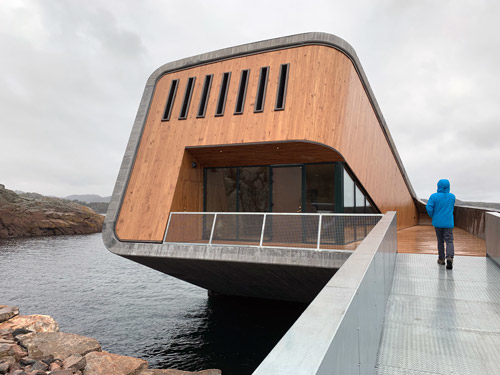 Now our Viking Sagas with Holland America cruise is approaching the end and our final port of Oslo, the capital of Norway. Here we port next to the magnificent Ankershus Fortress. At this port we have a later excursion and take a walk into town for a little shopping and on foot tour. 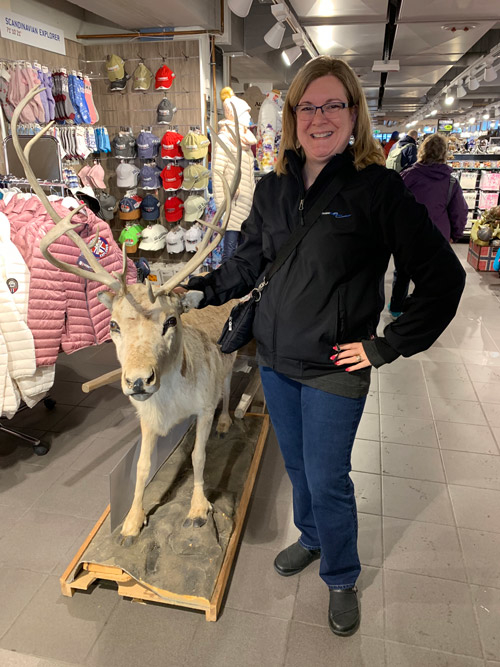 Oslo is home to many fabulous sights and is in the process of growing and changing.Â  We saw the City Hall, the Nobel Institute and blocks of office buildings and design studios. We embarked on our final HAL excursion, Oslo Highlights and Viking Ships. We took a brief bus tour and then went to the amazing Vigeland Park containing the largest collection of sculptures created by a single artist, Gustav Vigeland. 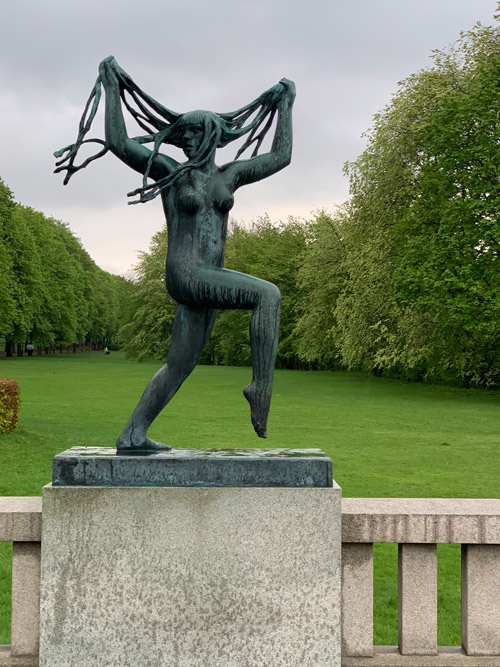 Itâ€™s spectacular and definitely worth seeing. It was unfortunate for us that it was raining during our time there, but I wouldnâ€™t have missed it. This is the location of the famous Angry Boy.

The next stop was the Viking Ship Museum, home to carefully restored Viking vessels, the Oseburg ship, the Gokstad ship and the Tune ship. Our final stop is the Thor Heyerdahlâ€™s Kon Tiki Museum that houses the balsa raft he and 5 other men used to sail the 4,970 miles from Peru to Raroia in Polynesia over the course of 101 days. Fascinating history! Another side note, while all the HAL excursions we did were amazing and enjoyable for those DIYers out there, Norway is very easy to get around and self tour. 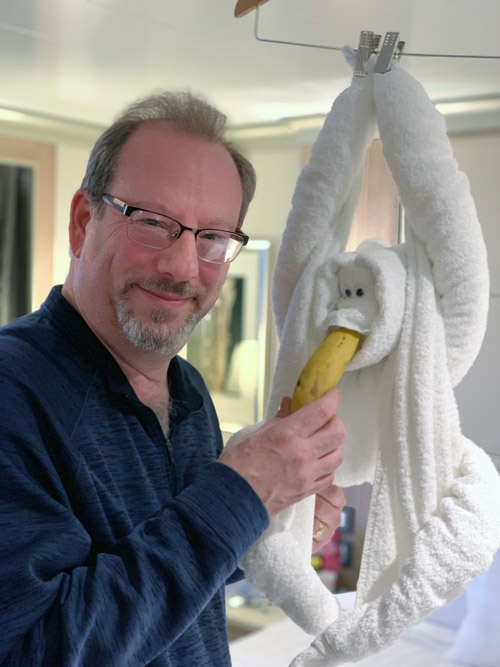