I had the opportunity to cruise on the long ship, the Viking Njord, sister ships of……Idun, Freya, Bragi, Aegir, and Delling on the Romantic Danube. The name of the itinerary says it all! From the moment we arrived in Nuremberg and stepped on the red carpet laid out in front of the entrance, I knew I was in love. 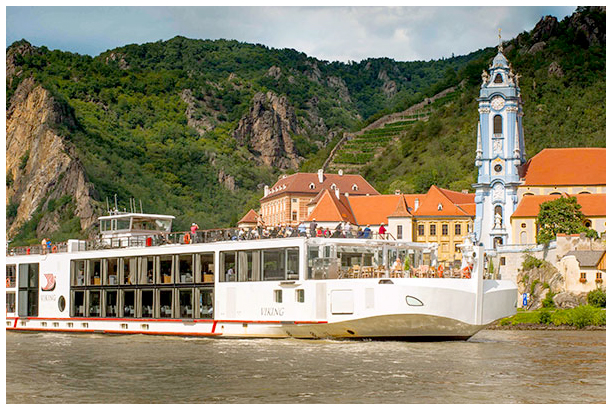 The staff promptly met us and took our bags as we stood like celebrities taking pictures of this magnificent vessel. From the outside it was very long and sleek. The colors of their fleet blended perfectly with the surrounding areas that we would be passing by with floor to ceiling windows throughout the whole ship. We stepped effortlessly onto the ship with no stairs to take and the guests said welcome aboard. They offered us a refreshing drink and hot rags to wash our faces and hands with and they took us straight to our cabin. That was it!  Our luggage was already in our cabin and when the staff opened the door, I was pretty amazed. Since I had booked the CAT D and thought “wow, 135 square feet, this was going to be tiny,” but the way they had it set up was perfect.  Floor to ceiling windows, the whole length of our cabin, and a french balcony that had a big sliding door that opened up to the outside. The bathroom had a fun feature as well, where you could actually make the glass see through or with a touch of a button, darken it. Our luggage and belongings where no problem, there was a place for all of it. 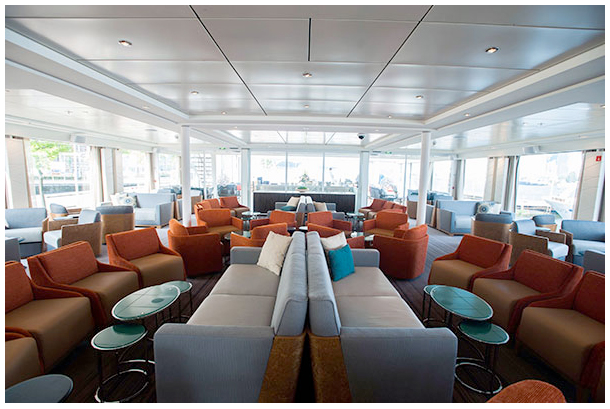 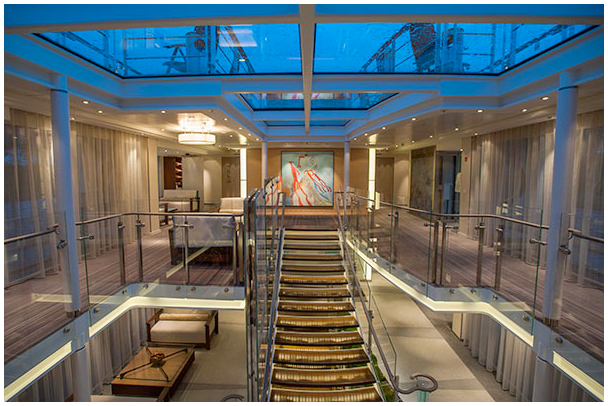 We had a 40 inch flat screen with surround sound in a cabin with top notch entertainment channels and movies. Once you closed the door you could not hear even one person from the outside. With the surround sound, no sound came from the other cabins. I was like, I am going to love this cruise and we did. We started off in Prague for the 3 night Pre extension and it was well worth it! I would not want to miss this extension at all. Prague is breathtaking and so affordable. It is one of the cities that was not damaged by the war and it was beautiful.  We visited the Prague Castle up on the hill, a must-see, and had lunch at the Lobkowicz private residence. We actually met the prince and had a great Czech meal, and then the private concert and a tour through his private collections of Mozart and gun collections were unbelievable. Once we completed Prague we were transferred to Nuremberg in a motorcoach to the ship.

We visited many different ports from Nuremberg where the Nazi trials where held, to Kelheim which is the the best preserved medieval cities from the 13th /14th century, to Regensburg which actually has Germany’s oldest restaurants. We did an excursion to see 400 ft chalk cliffs which was amazing and then to Weltenburg Abbey, famous for its dark beer brewed by Monks since 1050. Onto Passau, which has very narrow streets and attended a special concert played by a 17,000 pipe organ, Europe’s largest church organ. From Passau on to Vienna where you will be able to see the whole city on your own pace. You can opt to take group transportation, take the subway system, or go off on your own.  This was where we saw a wonderful private concert at Hofburg Theater—amazing. Onto Budapest where the streets had 19-20 century mansions lined up and down the streets. One side was called Buda and the other side Pest. There were very good subways and it was easy to get around. If you have time go to the thermal spas which are abundant there.

See all 2014 Viking River Cruises for Romantic Danube on AffordableTours.com!

All the entertainment on the ship were fantastic. They brought on local musicians, dancers, opera singers and all were top notch. The food was also very good, featuring local food and drinks along the way. The menus were outstanding and since beer and wine were included with lunch and dinner they paired nicely with whatever you chose to eat. They even had demonstrations and now, I can make my own homemade apple strudel. 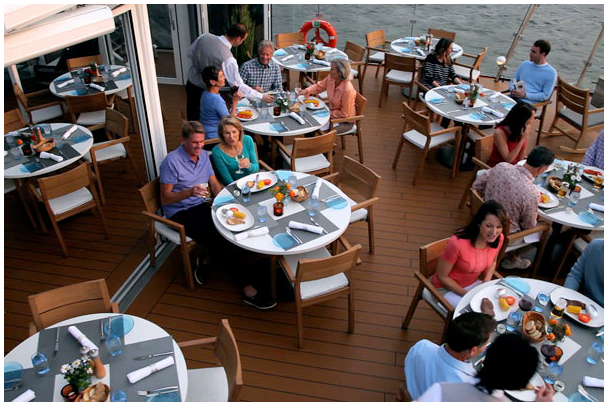 On the top deck you had an area where you could sit and enjoy the scenery and play Putt-Putt Golf in the back. All the excursions are included. They do offer some optional excursions, but mostly everything was included. 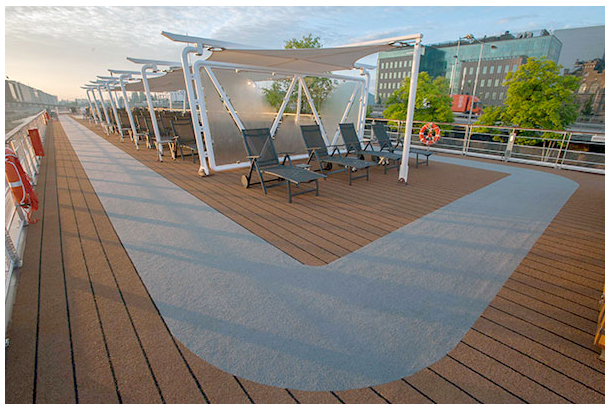 If you have the time, I would definitely recommend a trip to Prague and Budapest. There is a lot to see and I feel like I experienced and learned a lot. River cruising is the way to go—it is effortless—and you don’t have to worry where and when to go anywhere, they have it planned out no matter what your pace might be. They split you up in groups, from slow walkers, moderate, and fast walkers—so no more worrying “can I keep up?” or “they are so slow!”  You pick the pace and then enjoy.

I am addicted to River Cruising and can’t wait to experience my next holiday on Viking to another wonderful destination where you cruise right through the countries and not around them, like on a regular ocean cruise. You get to experience the destination and you pull up right in the middle of it all where you get experience something amazing at every port!

See all 2014 Viking River Cruises for Romantic Danube on AffordableTours.com!