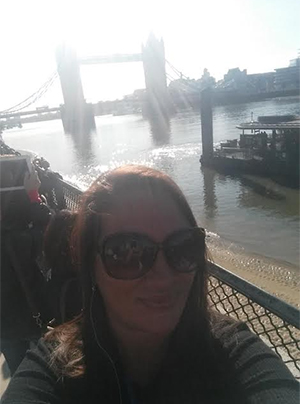 My colleague and I were given the opportunity to take one of CIE’s First Class tours to Britain. We chose Best of Britain since it went to Liverpool, where The Beatles originated. CIE has wonderful hotels, and all of the optional tours are included. 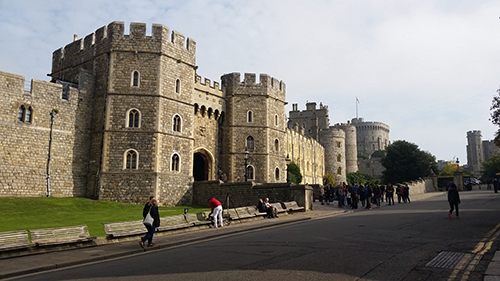 When we arrived at the London airport, a CIE representative was waiting for us with our names on a sign (just like in the movies.)  After he greeted us and took our luggage to the car, he drove us to the hotel in Windsor, Harte & Garter Hotel, which is directly across the street from Windsor Castle. I recommend you book a pre night on this tour. Before the rooms were ready, Peter, the tour director, met with us in the lobby, which is where I took my first nap. The Windsor Castle tour was at 2:15PM, but at this point, we were too tired to thoroughly enjoy it.  That is why I recommend the pre-night.   This hotel is small, so getting an early check-in is very unlikely.

The next morning, we drove to William Shakespeare’s birthplace, Stratford-upon-Avon. This is a very quaint, medieval town. Shakespeare is known for his play “Romeo and Juliet”.   It rained that day, but we made the most of it by visiting the little specialty shops on the lane.  It was quite an experience. 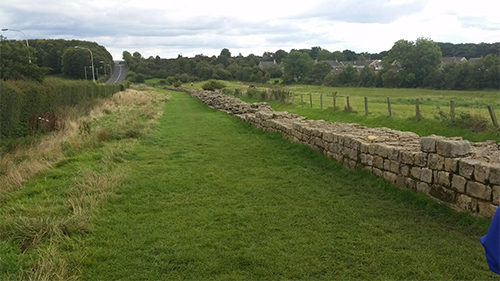 Cotswold was next.   Did you know that Hadrian’s Wall begun in AD122? Hadrian’s Wall was 80 Roman miles and is made of square stones stacked on top of each other.  We stopped for a brief lunch before heading to Edinburgh.  We also walked to another part of Hadrian’s Wall after lunch.

Later we arrived in Edinburgh, also known as a 200 – year -old “New Town,” which is the capitol of Scotland. This was a beautiful city, with its beautiful gardens and homes. Edinburgh is also home to Arthur’s Seat, a dormant volcano. When you drive by, it resembles a lion laying down looking the great Edinburgh Castle and the rest of the city.

Edinburgh is where we tried something new.  The hotel provided evening entertainment with real Scotland Bagpipers and haggis! Haggis is definitely an acquired taste.   I don’t recommend asking what is in it, ever! Just try it! They served this with mashed potatoes and gravy, which I mixed all together like Sheppard’s Pie – it was very tasty this way.

Our next day was long, but interesting.  First, we stopped in Gretna Green, where eloping couples could get married at the Blacksmith’s Shop.  Our tour director, Peter, said that for the most part, if they were eloping they were either too young to marry or had been divorced and could not get married in their home city.  There were signs there that said, “For $30 we give you memories that can last a lifetime!!”  It was a pretty little city for a wedding.

On to Liverpool, home of the Beatles.  In 2014, they celebrated the 50th birthday of The Beatles, but we didn’t make it for that celebration, and decided we’d do it this time.  The Beatles’ story was  included in the visit with CIE Tours.  It is a very comprehensive museum, and the story told was very interesting for the Beatles fan in me.  I would definitely advise you to see it if you were or are a Beatles fan.  After dinner at the hotel, a group of us got together and walked to the Cavern Club where the Beatles played 292 times between Feb 9, 1961 and Aug. 1963.  It hasn’t changed at all.  It was a very exciting moment when the 4 musicians took the stage.  These impersonators looked, acted, sang, & played, just like the Beatles.  So much so, it was eerie.  We got back to the hotel rather late that evening, but were excited about what the new day would bring on the way to Cardiff Wales.

On our way to Cardiff, we stopped in a busy little town called Ludlow.  Lucky for us, they were having what looked like a large sale or bazaar.  They had all kinds of china and hand carved wood, plus what looked like a dollar store right in the middle of the bazaar.  It was a nice stop along our way.  Everyone loved Ludlow.  We then stopped for lunch at the Tinturn Abby in Cardiff.  What beautiful ruins the abbey was.  This was the home to William Wordsworth, the poet.

Cardiff is a port city where the River Taft meets the Severn Estuary. This is the capitol, and largest city in Wales, which is very commercial. Here, we stayed at the Clayton Hotel right in the middle of downtown and over looking the Cardiff bay. Right down the street, Cardiff Castle was a Victorian Gothic built on the remains of Norman and Roman ruins. The interior was very colorful.  This evening we enjoyed a Welsh dinner and lively Welsh music, and fun was had by all.

The following morning we continued on to Bath. Bath was built on a natural hot springs. The house is a well-preserved Roman site for public bathing. When you walk around the terrace which overlooks the Great Bath, you see that it is lined with Victorian statues of Roman emperors and governors of Britain.

We then went across the Salisbury Plains to Stonehenge.  It’s pretty amazing to hear the different stories of how it was discovered.   Its original purpose is unclear to the locals,  but many have speculated.  This is one of the greatest national icons, symbolizing mystery, in England.  Most operators drop you off at the parking lot, but not CIE Tours.  They arranged for us to be bussed up to the ruins so we didn’t have that 20 minute trek up the hill to Stonehenge. You definitely don’t want to miss out on this! 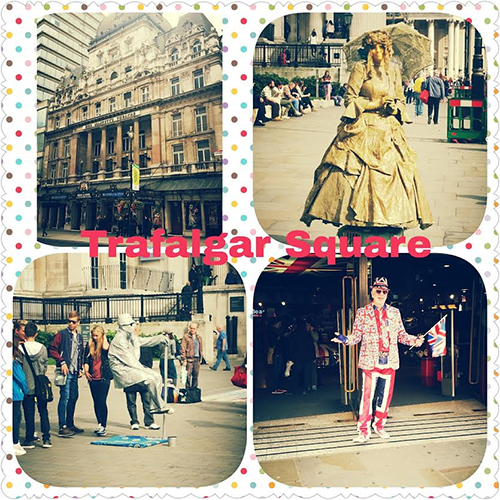 Our last nights were spent in London where we stayed at the luxurious Marriott Kensington in the center of the city. London is a leading global city, encompassing  a lot of arts, commerce, education, entertainment, fashion etc. The London Eye and the historic Tower of London are some of the top 10 things you must see, and some of them are free! Trafalgar Square is where you can see Buckingham Palace and the changing of the guards. The Tower Bridge crosses the River Thames, and the bridge’s present color scheme dates from 1977, when it was painted red, white and blue for Queen Elizabeth. Westminster Abby is a large Gothic abbey church, also a must see.

With CIE Tours, there are no optional excursions to buy.  It was definitely a comfort knowing that we wouldn’t be nickeled and dimed to death for wanting to do an excursion that was not included, because everything was included.  There were very few days when we had to purchase a meal.  It was very affordable and a delight, since  I had been several times, but never outside of London.  It was a  real treat!

Last, but not least, London is serving some mouthwatering fish and chips doused with a hearty helping of malt vinegar around the clock!