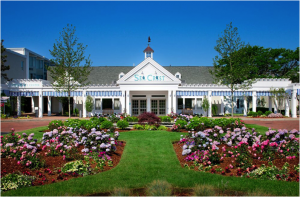 Our tour begins in one of Boston’s more luxurious hotels … The Langham, Boston … The Langham, Boston, blends the legendary hospitality of the original Langham grand hotel with the classic architectural elegance of Boston’s former Federal Reserve Bank building. It was beautiful!! From the pink pens, the wonderful grilled cheese sandwich on sourdough bread with yellow tomatoes, fabulous!

It was also nice to wake up with the temperatures slightly cooler … certainly more tolerable that hot, humid Houston.

The morning was spent seeing the sights of Boston, taking in part of the Freedom Trail and interesting places around Boston. The tour took us to Paul Revere’s house which was built in 1680. Paul had lived in the house with both of his wives and on and off the 16 children (8 children by each wife). Paul Revere died when he was 83. 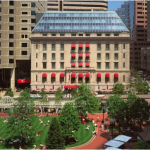 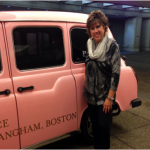 A short walk away took us to Old North Church House which played an important part in the Paul Revere’s story and included hearing the story while seated in “boxed pews” where in many years gone by people had to buy these boxes within the church. The more important you were then the more central and closest to the front you had your box.

The Old North Church, was built in 1723. The walls of the church are over 2 feet thick, and the building contains over 500,000 bricks! At 191 feet, its steeple has always been Boston’s tallest. The original steeple was blown down by a hurricane in 1804, and its replacement was blown down in a similar storm 150 years later. 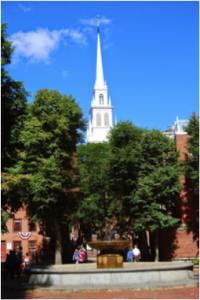 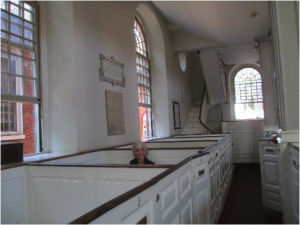 The USS Constitution was our next stop … my husband (Mike) is a huge history buff and loved this stop. We had an opportunity to enter the interactive museum and look around Bunker Hill. After that, back to home base for independent time.

For us, free time at Faneuil Hall Market Place for shopping and dining … Lobster Rolls, clam chowder, pizza and ice-cream! It was the perfect ending to a great day.

Breakfast in Boston then off to Rhode Island and the seaside town of Newport.

First stop was a visit to “The Breakers” which is part of the Newport Mansions properties which are open to the general public.

The Breakers is the grandest of Newport’s summer “cottages” and a symbol of the Vanderbilt family’s social and financial preeminence in turn of the century America. 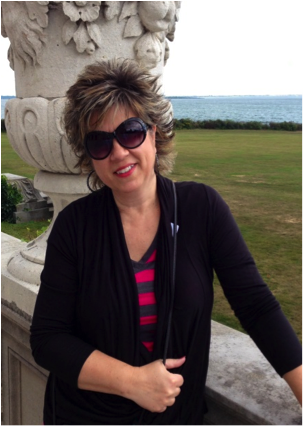 Commodore Cornelius Vanderbilt (1794-1877) established the family fortune in steamships and later in the New York Central Railroad, which was a pivotal development in the industrial growth of the nation during the late 19th century.

The Breakers was built and owned by the Vanderbilt family as a 70 roomed summer house. With a guided tour through head-phones the tour takes you through two floors of the mansion which includes the reception entrance and staircase, the master bedrooms and bathrooms, servant’s quarters, the breakfast room plus dining room. You also get to see the kitchen and butler serving areas. The whole house of opulent and filled with marble, gold and platinum leaf it is certainly to what we know as the “week-ender”. The kitchen and butler’s serving room are very much like you see on Downton Abbey!

After that … we were off to Newport. 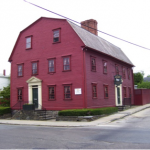 The group dispersed for lunch by disappearing into an array of different eateries along the dock area, before meeting back for an hour and a half schooner ride on the bay. The cruise under full sail had us coasting along. Although the clouds looked threatening and it was breezy aboard it was an enjoyable way to spend a couple of hours.

As part of the tour dinner is included so it was back for a quick change before dinner at the White Horse Inn, a tavern which was first established in 1673. We had to climb very small stairs to the second floor where the group occupied the floor. It was like stepping back in time with the low plastered ceilings, the beams of timber running across those ceilings and the picture windows.

We are off to the seaside town of New Bedford.

First stop … the New Bedford Whaling Museum where we would spend some time exploring the stories of a time gone by when the area was a thriving whaling industry.

Because of the number of people in our group, we were all split into smaller groups and assigned to a volunteer who took us through the many rooms of exhibits while giving more detail about the history. There was also a half size replica of an old whaling sail ship inside one of the great halls which you could climb over as this is an interactive museum. 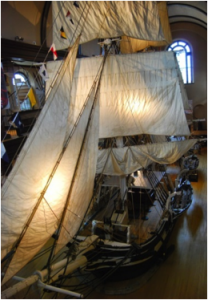 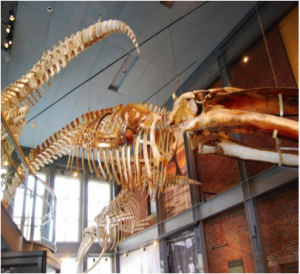 Leaving New Bedford behind us, we headed east towards Cape Cod Bay and the little town of Sandwich. This was to be our lunchtime stop in another of the many quaint towns we were passing through as we drove through the leafy roads. Being the end of summer there are still plenty of manicured gardens with their green lawns and flowers which seem to be on every corner.

Prior to finding somewhere for lunch we visited the Sandwich Glass Museum where there were exhibitions of the different glass produced back in the early 1800’s. The museum gave glass blowing demonstrations.

My aunt was one of the largest glass collectors in Texas for several years so for me … this was a wonderful excursion!

Back on the motorcoach we made our way to the Heritage Museums & Gardens which were set up by the Lilly family (of the pharmaceutical company fame). The gardens were set out more of a botanical gardens complete with garden paths completed with iron works of spiders, spider webs and beautiful hydrangeas of all types and colors. In addition to the beautiful gardens were the restored, vintage automobile collections.

Heritage Museums & Gardens is the largest public garden in Southern New England. It is located on 100 acres of magnificent grounds and trails on the banks of Shawme Pond in Historic Sandwich. Heritage is especially famous for the Dexter Rhododendrons as well as an encyclopedic collection of daylilies, hostas and hydrangeas. Heritage also holds a nationally-significant collection of specialty gardens, water features and sculpture.

Hidden Hollow, a family-friendly outdoor discovery area, is a place for exploration of the outdoors and our place in it. Heritage offers three gallery buildings housing permanent exhibits of world-class automobiles, a working vintage carousel, American folk art, and featured special exhibitions.

First stop was a motor exhibition of beautifully restored cars as you can see from the photos above. This was a hidden treasure and totally unexpected as you entered the bounty of flowers, gardens and hydrangeas!

In addition to the lovely gardens, they had a carousel where my husband and I took a ride for ole time sake.  It was a little tougher to get on those horses than we thought. Yippee Ki Yay………

After the Heritage Museum, we headed down to Falmouth to catch the ferry to Martha’s Vineyard for our first night on the Island and it was then dinner in the Harbor View Hotel at Edgartown, Cape Cod. The ferry ride was great … chilly but nice. Upon arrival, the view of all the ships in the harbor was such a welcoming site – so different from what we are accustomed to in Houston.

Waking up on Martha’s Vineyard it was our usual breakfast which was followed by the Insight group photo outside the hotel with a backdrop of the bay filled with boats, sand dunes and a light house. It is a typical Martha’s Vineyard views. It was lovely to think that we did not have to pack up to move on as we had an unexpected change and were to have two nights on Martha’s Vineyard. 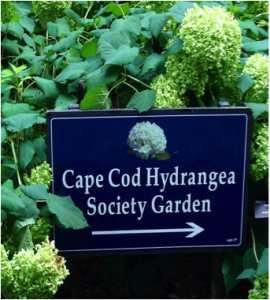 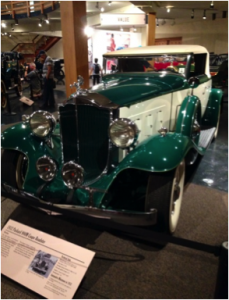 The day was to take in driving around the island through the roads with the first stop west from Edgartown at a place called Gay Head. The day was beautiful – the drive was magnificent.

Martha’s Vineyard is also the place where the Kennedy family made headlines … Edward Kennedy & Mary Jo Kopechne …. she was killed in a car accident in July 1969 on Chappaquiddick … John Kennedy Jr. crashed his Piper Saratoga plane and was killed along with his wife, Carolyn and her sister Lauren in July 1999.

One of my trips highlights ~ Oak Bluffs Methodist Holiday Camp Gingerbread Houses! They were established back in the 1860’s – 1870’s where original sites were occupied as camping sites around the central tabernacle building used for prayers. Over time these tents grew in size and became more and more permanent. They are painted in a variety of colors and look like they are out of a movie set. The colony – a major tourist draw – is a sweet treat for the eyes.

Today … off to Chatham and Provincetown … as our tour director would say, the “elbow” of the peninsula. We stopped in Chatham for shopping and lunch. Chatham is a quaint little town. We didn’t have much time here but I can tell you this … the cheeseburger was delicious and my shopping excursion was rewarding.

It’s a quaint town … full of eateries, shops, galleries – something to appeal to everyone. The weather was perfect, sunny – we were surrounded by the beauty of the coast line a true highlight of this particular itinerary.

Back on the coach to head to North Falmouth and the Sea Crest Hotel.

It was a long journey reaching the hotel but once we arrived we had a reception with cheese & wine while our bags were being delivered to our rooms. This was a wonderful hotel located right on the water with pristine while sand beaches at Old Silver Beach. The rooms have an iconic Cape Cod beach cottage feel to them … very welcoming.

Up early to enjoy a wonderful breakfast, eggs, waffles, fruit, bacon and coffee and then off to Nantucket Island. We had to meet the high speed ferry which takes about an hour leaving from Hyannis dock.

Once we arrived in Nantucket, we were met by a coach company for a tour of the island.   Lunch was at leisure as well as the afternoon. We opted to walk the island, shop and eat at the local recommended restaurants.   Again, another beautiful afternoon – 63 degrees, sunny – the perfect Nantucket day. It was cool enough that I decided to do as the locals and purchase myself a “Black Dog” sweatshirt.

Time just flew by and then we were loading the ferry to return to our hotel. We returned and our closing dinner with everyone. It was so nice to relive the tour and all its special moments. As we went day by day, a sign and moan would escape everyone as we would say “wasn’t that awesome …. wasn’t that beautiful …. wasn’t that terrific” and so on.

So sad, it’s our last day. Off to another wonderful breakfast and then photos by the porch and by the beautiful beach so we can take in the last few minutes of this hotel and all its offered the past few days before we head to the airport.

Before the airport, we stop at one of our planned excursions – the Cranberry Farm. 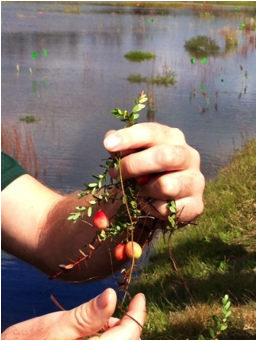 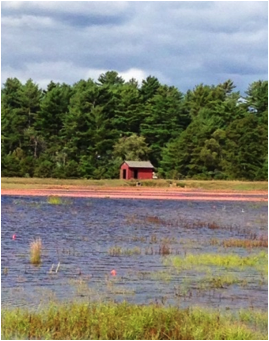 We were able to drive through the bogs where the cranberries are grown. It’s harvest season so this was amazing to see the process in action. The men drive around in the water to loosen the cranberries so that they float to the top of the water. This is known as wet harvesting and the fruit used for processed product because the fruit has a limited life harvested this way. Once the cranberries are picked, they are driven less than a mile to the Ocean Spray cranberry warehouse to be processed.

After lunch, we headed to the airport to catch flight back to IAH. This was my first trip with AffordableTours.com as well as Insight. Many people had prepared me to expect the best with Insight … I see why now. The tour director, the hotels and the itinerary – all expectations were met, all vacation dreams exceeded.