Tauck Tours has just announced two changes to their cruise ships, which will allow for bigger and better offerings for their passengers. In addition to these changes, Tauck is also launching two new ships in order to expand their cruise line. If you’re interested in a cruise with Tauck, or if you’ve taken one before and want to know what kind of upgrades they’re making, keep reading.

Tauck has new offerings designed to provide additional luxuries and amenities for their travelers. Here are the two major changes we’ll be seeing.

Tauck’s fleet of European riverboats currently consists of four Jewel Class ships, with two new Inspiration Class ships to be launched later this year. (More on those in a bit.) Previously, Tauck only included complimentary drinks for its riverboat passengers with on-board meals. But along with expanding their fleet, Tauck is expanding their complimentary drink policies to offer unlimited beer, wine, and spirits throughout the entire day. This is being done, according to Tauck CEO Dan Mahar, because it better reflects and fulfills the company’s policy and model of offering all-inclusive cruise tours. “We already sell zero options on our riverboats, and we already include all gratuities, shore excursions, meals ashore, airport transfers and much more, so we’re happy to make the total Tauck river cruise experience even more inclusive for our guests.” 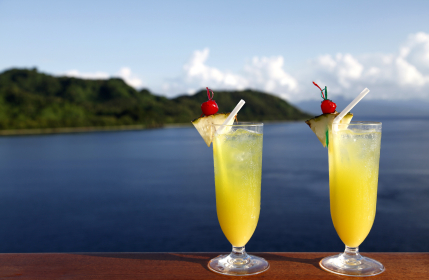 In addition to the new beverage policy, Tauck is offering new “loft”-style cabins on its two new ships. These lower-level cabins will have a raised seating area, as well as a higher ceiling which will allow taller windows to let in more natural light. In addition, the window’s central horizontal panel opens up to provide fresh air as desired. These new loft cabins measure 225 square feet. Compared to typical lower-level cabins, Tauck’s new lofts will be 50% bigger, and the windows will allow much more light and air than the typical lower-level cabin, which usually has a small eye-level window that doesn’t open and doesn’t let in much light, either.

Tauck is announcing these two new features in part to promote its two newest additions to the fleet. The ms Inspire and the ms Savor are the newest additions to Tauck’s fleet, launching later this year. They will contain the larger loft cabins, as well as twenty-two larger suites. Each of the 443-foot long ships will only carry 130 passengers, which provides a more intimate, personal experience compared to other ships of similar size, which carry up to 190 passengers. These ships will have many other amenities as well.

Tauck is also launching four new river cruise itineraries this year, including their first cruise on the River Seine in France. If you’d like to book one of those new cruises, or any cruise through Tauck, visit AffordableTours.com and we’ll set you up with the best possible rate for your trip.

Did you find this article helpful? Comment below and tell us!