Norwegian Cruise Line just launched a new ship in January. The Norwegian Getaway is a striking ship with an inventive design, a wide range of entertainment, and a bright, artistic motif thanks to the help of a local artist. Read more to learn about this unique ship and its back story. 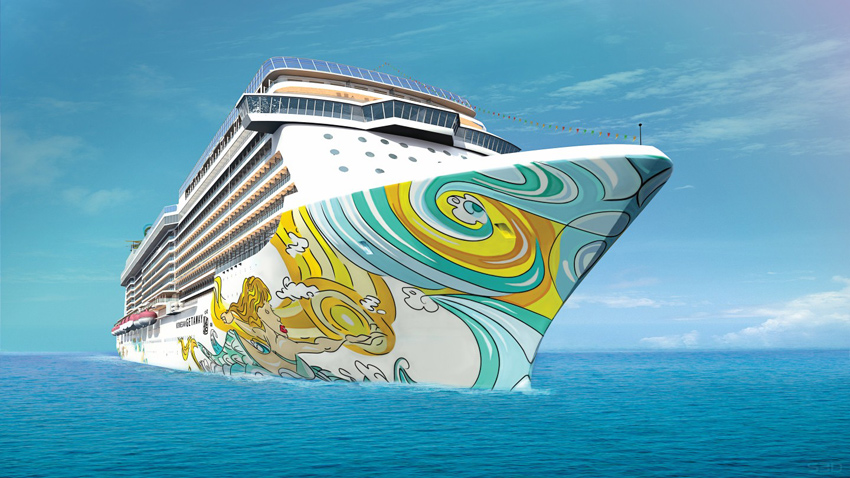 The Norwegian Getaway’s most unique, and obvious, feature, is the artistic design on the hull. Since the ship’s home port is in Miami, Norwegian tapped a local artist for the work. The company commissioned David Le Batard, a Cuban-American artist based in Miami who works under the name “LEBO,” to design and paint the mural on the ship’s hull. LEBO’s design for the Getaway, with its depiction of a mermaid and its bright mix of aquatic and sunny colors representing the ocean, is a strong reflection of his innovative style, which he calls Postmodern Cartoon Expressionism. Norwegian Cruise Line describes the mural thusly: “It is centered on a mythical mermaid, an iconic image that represents humanity’s connection to the sea, and features her seemingly skimming across the surface of the water. Surrounding the mermaid is a fusion of sea and sky dancing across the ship, where three pelicans gracefully glide along in the artist’s version of a tropical paradise.” 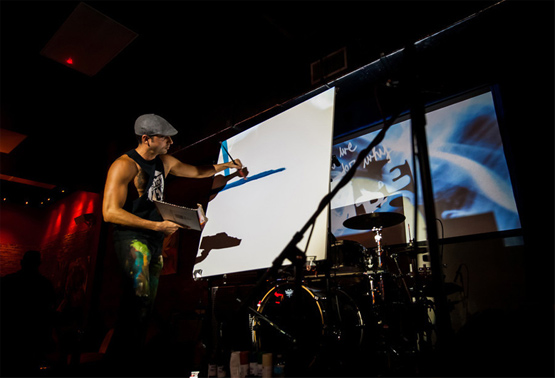 LEBO himself is one of the city’s best-known artists, working in a variety of media and having created pieces and installations that have been exhibited worldwide. His most notable and visible work is in the fields of painting, murals, and sculpture. He has both created site-specific installations and worked with artists such as pop singer Gloria Estefan, designing the cover to her most recent album.  He has also collaborated with companies such as Harley Davidson, Gibson Guitars, and Ferrari.

You can learn more about LEBO and his work from his official website.

The Getaway made its maiden voyage just two weeks ago, where it traveled from Miami to New York. The ship also placed host to a Super Bowl party, and now is offering two different Caribbean cruise itineraries in the coming months. Both are seven-day cruises and embark and disembark in Miami: The first has ports of call in Philipsburg, St. Maarten; St. Thomas, US Virgin Islands; and Nassau, Bahamas. The second ports in St. Thomas; Tortola, British Virgin Islands; and Nassau. 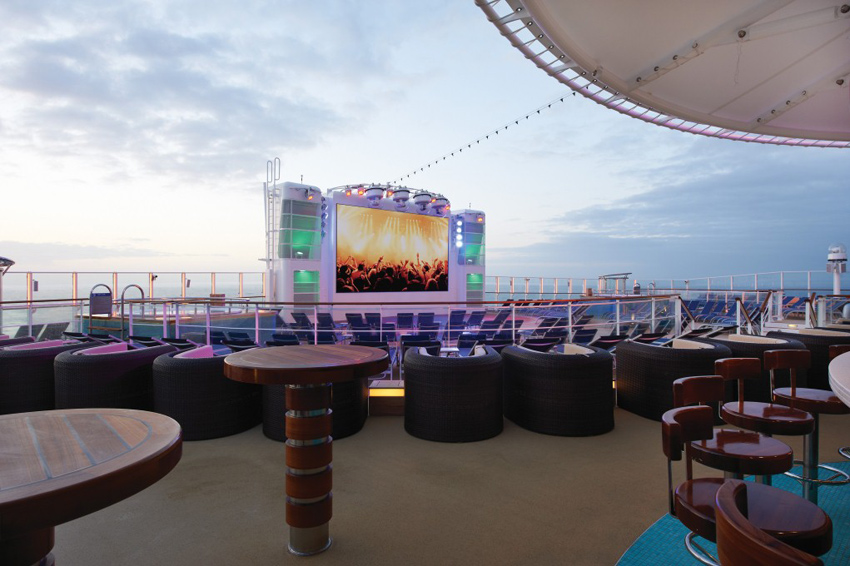 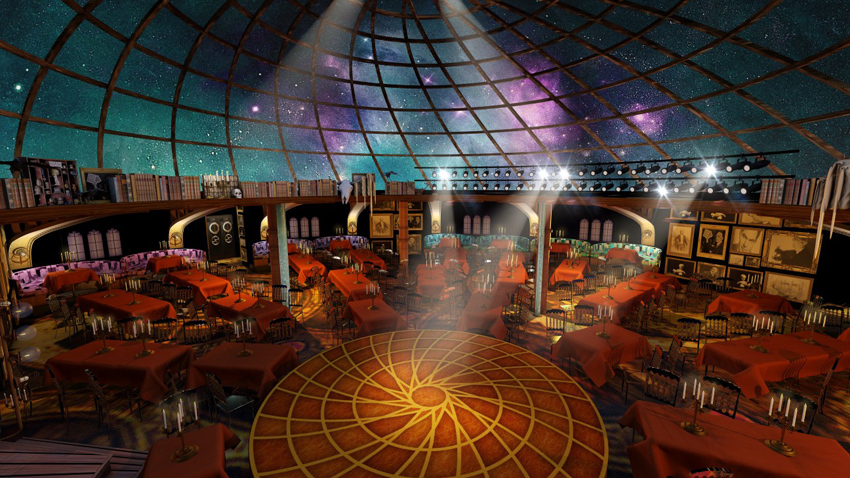 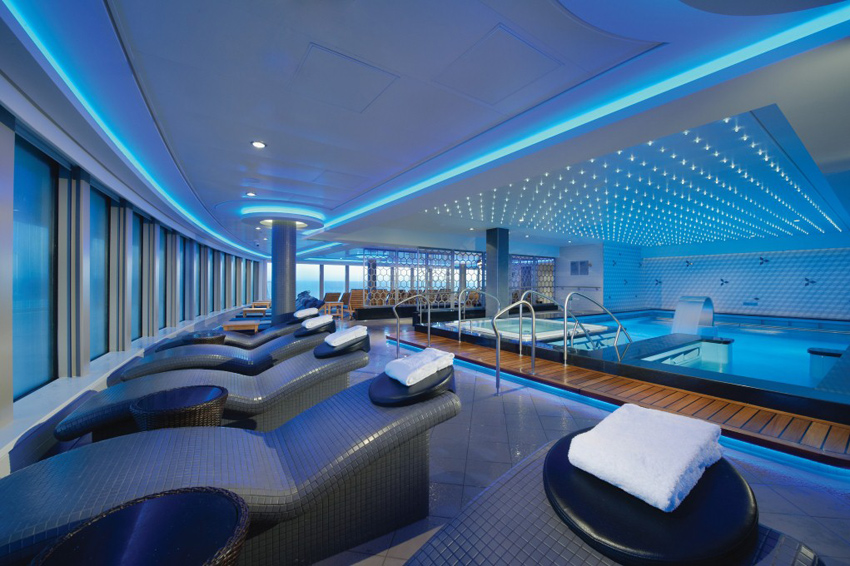 The ship itself has a capacity of nearly 4,000 passengers with over 1,600 crew members to serve them. A wide range of entertainment and recreational options, from over a dozen lounges and clubs, to musicals and live music, to water parks and sports facilities, to a spa, can be found aboard the ship.