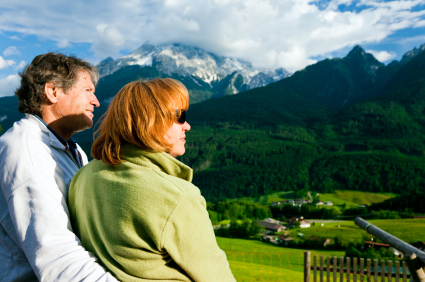 If you’re looking for recommendations on where to take your next vacation, it’s hard to go wrong when getting the opinions of people who have actually taken those vacations, right?

With that in mind, AffordableTours.com has  put together a list of the top five tour destinations in 2014. These are the locations that our travelers most frequently visit when purchasing a vacation package, and they’re popular for a reason. Keep them in mind when you’re looking to book your next vacation with AffordableTours.com.

Italy as a tour destination conjures to the mind a paradise for food and drink lovers: Even travel novices can tell you about Italy’s vineyards and Old World cuisine. More than that, though, the diversity of individual regions and cuisines inside Italy is what makes a vacation special for the gourmand.  Tuscany’s uniquely world-famous cuisine differs from that on the island of Sicily, for example. Italy has twenty regions in total, and each one has its own unique brand of Italian cuisine and culture, influenced by the region’s geography, flora, and fauna.

Of course, Italy is also rich in history, with the architecture and artwork to prove it. In Rome, you’ll find over two thousand years of history, from the Collosseum to the Sistine Chapel and many more. Florence is well known for its art, architecture, and museums, and Venice is unique in the world for its canal system. It’s this variety of experience and depth of culture that make Italy such a popular destination.

England’s long history provides a number of cultural must-sees on a trip. London, of course, is one of the oldest and most culturally rich cities in the world. If education and the arts are your interest, you might visit Oxford University, see Shakespeare’s birthplace at Stratford-on-Avon, and take in a play on London’s West End theater district.

Save Up To 40% On England Tours

England has many famous landmarks in its cities, but there’s plenty to see in the countryside, too. You might take in the fishing villages in Cornwall, the famous cliffs of Dover, and the marvel of prehistoric construction, Stonehenge. All in all, there’s something for everyone here.

France is another necessary destination for any gourmet. French cuisine is widely recognized as the finest cuisine in the world: its long history, rich with evolution and refinement from both the city bourgeoisie and the countryside peasants, and development of both classic haute cuisine and the modern day Nouvelle Cuisine make it easy to see why.

Save Up To 40% On France Tours

Of course, Paris, the City of Lights, is a must-see destination, with so many attractions you may not even be able see them all. The French Riviera, along the Mediterranean Sea, is considered one of the world’s best vacation spots, and with good reason. Visit Normandy to see the beaches that played a crucial role in World War II, and don’t forget to see the great rivers, most notably the Rhone and the Seine.

From city to country, inland to coast, few places offer the richness and breadth of experiences France does.

German tours offer something unique depending on the time of year they’re taken. Of course, you could visit during the famous Oktoberfest, that celebration of Bavarian culture which brings to mind beer, bratwurst, and other cultural staples. If you visit during the holiday season, you’ll be able to see the tradition of the German Christmas Market is alive and well, as many cities still celebrate with the traditional open-air markets with local artisan crafts.

Save Up To 40% On Germany Tours

Beyond that, each city has its own unique culture and history– you can visit the cathedrals in Cologne, the beer gardens in Munich, the fish market in Hamburg, or the site of the Berlin Wall. Of course, nature is well represented by the Black Forest and the Danube River, among other features.

Isolated by the mountains, Switzerland provides a geography and culture unlike anywhere else in Europe.  Mountains and lakes, cities and villages, modern amenities and buildings and neighborhoods that have not changed in hundreds of years, Switzerland is rich in culture both traditional and modern, history, and natural beauty.

Zermatt is at the base of the Matterhorn, the pride of the Alps and possibly the most famous peak in Europe. Switzerland has several beautiful lakes; you could take a tour that would allow you to see them all, including Lake Zurich and Lake Geneva, and the two cities built on them, Switzerland’s largest. In addition, Geneva is the hub for many worldwide organizations, the United Nations, Red Cross, and World Health Organization among them. St. Moritz is a famous winter-resort town, having played host to two Winter Olympics games. Bern, the country’s capital, has a medieval city center that dates back to the 12th century. A tour of Switzerland is a tour through hundreds of years of human history, and a chance to see how much as changed– and in some spots, how little.

Save Up To 40% On Switzerland Tours

Of course, AffordableTours.com offers tour packages to all of these locations and more. Visit our website today so you can start making plans for your next vacation!

Travel Europe: Save Up To 40% On Europe Tours