The AffordableTours.com Monthly Social Club has begun hosting a monthly Twitter chat. If you want to ask or answer any questions on travel, or simply follow along and see what other people have to say, but you’ve never used Twitter, here are some easy steps to get started, and some tips on what to expect and how to get the most out of your participation.

Twitter is a social media and messaging site where members can send and receive messages called “tweets” of up to 140 characters in length. By “following” people or (in this case) a company on Twitter, you can receive a steady, real-time updating stream of their tweets. Users can tweet about a specific issue or search for a specific issue by including the # sign before a key word. The # sign with a key word are known on Twitter as a “hashtag”. A hashtag is used on Twitter to create conversations or “chats” based on a specific topic.

A Twitter chat happens when someone organizes a time period for people to have a conversation on a certain topic by including the same hashtag in all of their tweets. This way, Twitter users can search Twitter for that specific hashtag and receive real-time updates on new tweets in the chat.

Twitter chats are often moderated: one person organizes the chat around a specific theme or for a specific reason, and that person serves to steer the conversation along, keep it civil, and answer any questions users might have.

Let’s go to television for an example.

Let’s say the head writers of NBC’s comedy series Parks and Recreation, want to host a Twitter Chat to answer questions from fans of the show. They would probably tweet something like this from the show’s official Twitter page: “Will have Q&A session about Parks and Rec in 1 hour. To participate use hashtag #ParksAndRecChat.” Then, in an hour, users start participating in the chat by including the #ParksAndRecChat hashtag in their tweets about the show and questions for Schur. Everyone who wants to follow along will go to the Twitter website and search for the #ParksAndRecChat hashtag.

On Twitter, a user can tweet directly to a person, even one who is not following them, by including the other person’s username with an @ symbol in front. In this case, a user might tweet, for example, “@parksandrecnbc What will happen to Ron in Season 6? Thanks, love the show. #ParksAndRecChat”

Twitter chats generally last 30 minutes to an hour, although there are no hard and fast rules about this.

How can I get the most out of a Twitter Chat? 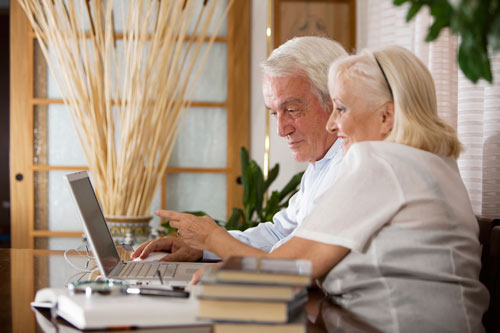 Here are a few simple tips for the beginning Twitter user: 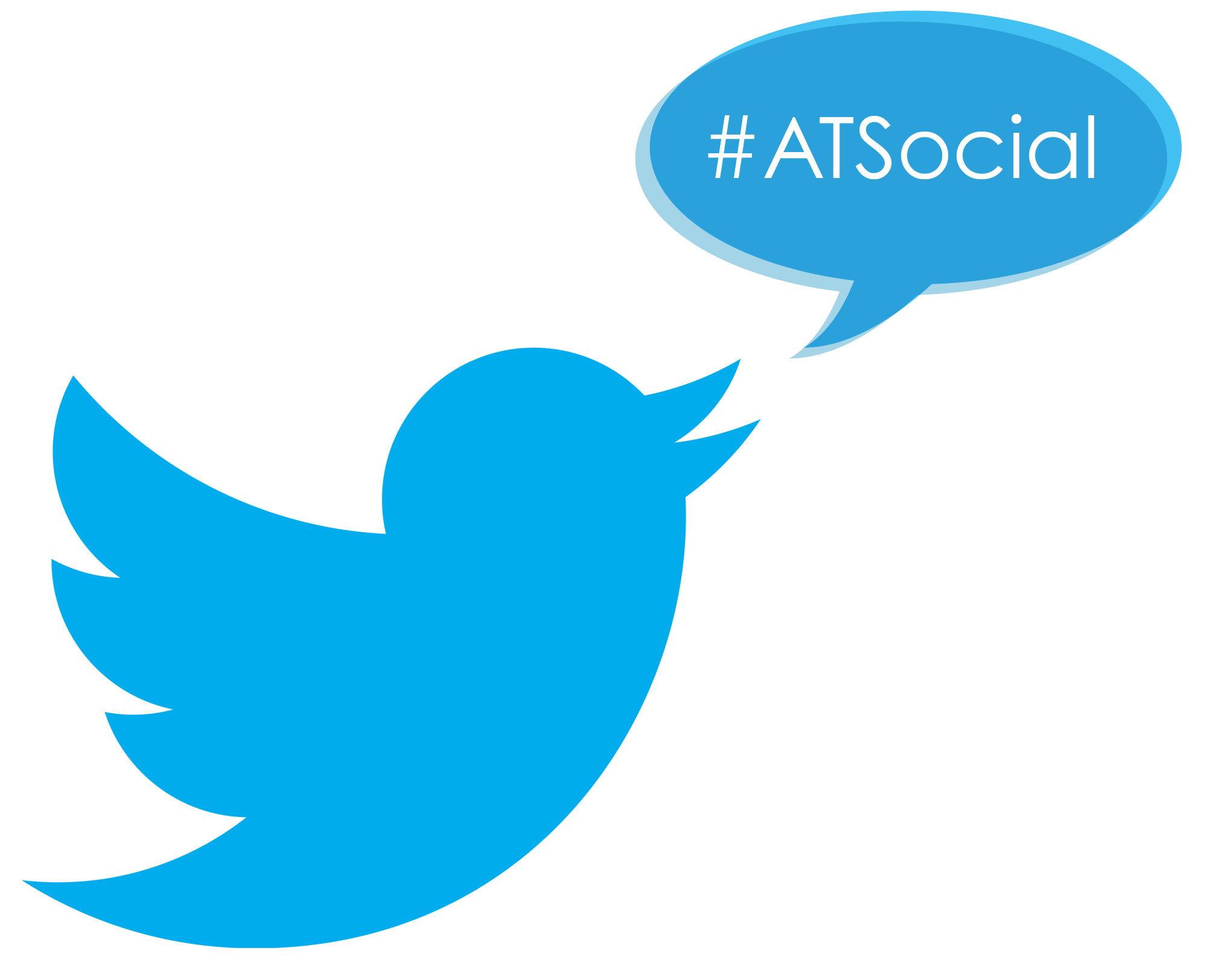 Affordable Tours.com’s Monthly Social Club has begun hosting a monthly Twitter chat. The chat takes place on the second Friday of each month, and each chat will have its own theme. The Affordable Tours Twitter account will serve as moderator, and users can send in questions, or even answer others’ questions if they feel they have knowledge to share. If you want to participate, but have never used Twitter, just follow these steps. 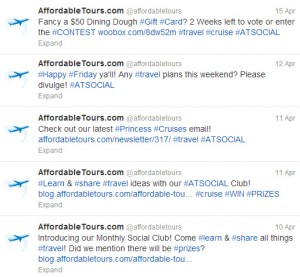 And there you have it! Twitter’s simplicity makes it a versatile medium for all sorts of uses, and the Twitter Chat can be one of the most informative and rewarding of them.

Do you have questions? Leave us a comment below!