Skip to content
We are committed to: Award-winning Service, Lowest Prices, Client Satisfaction
19 May 2015May 19, 2015Yasmin MaldonadoLeave a comment 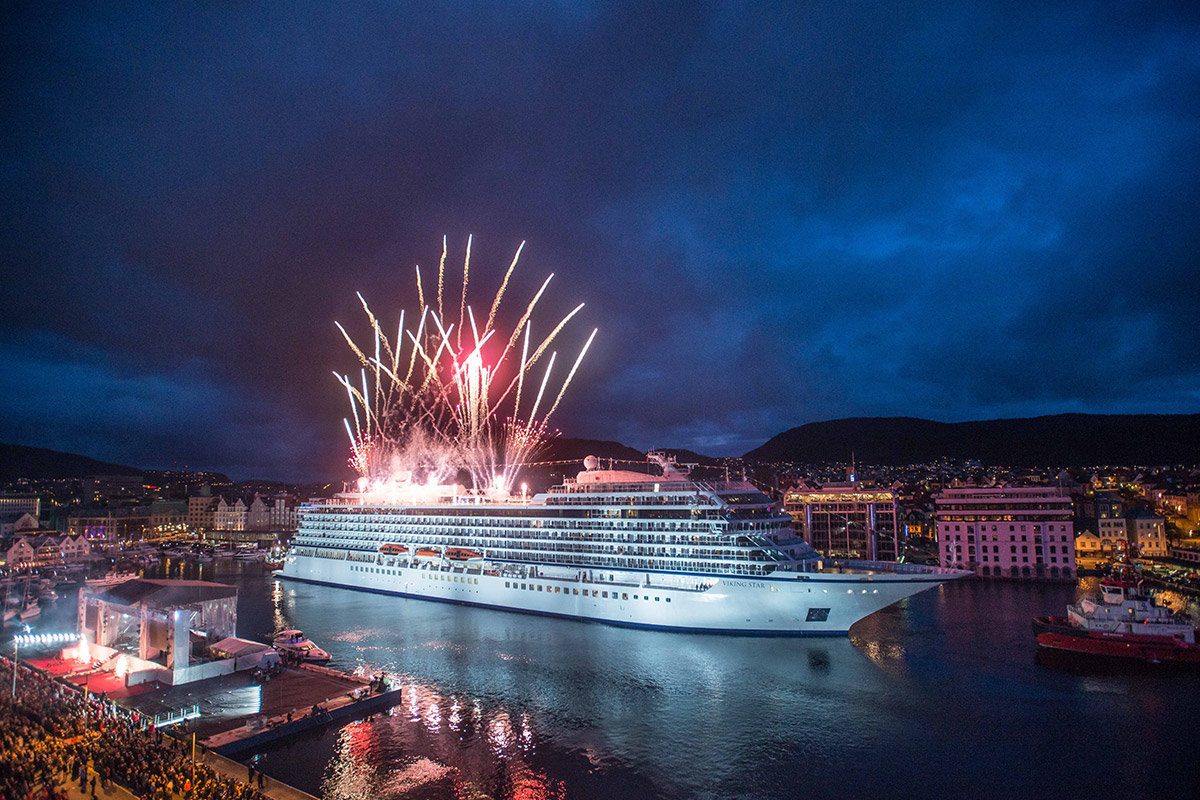 Viking River Cruises, one of our partners and one of the most trusted names in river cruising, has officially made a major leap into new waters (pun intended).

On Sunday, Viking christened its first-ever ocean ship, the Viking Star. The christening was celebrated with a ceremony in Bergen, Norway, containing live performances from world artists and musicians that with a connection to the city, and capped off with a fireworks show. The nearly-two-hour ceremony officially marked the launch of Viking Ocean Cruises, the brand name for Viking’s venture into the ocean market.

Viking founder Torstein Hagen chose Bergen for the ceremony, not just because he was born in Norway, but because in the 1970s he lived there and ran the Bergen Line and, in his worlds, “fell in love with [the city].” The ship is also registered in Norway and has a Norwegian captain.

As for the ship itself: the Star holds 930 passengers, with a focus on luxury and elegance. The ship is significantly smaller than many ocean vessels– about a third the size of typical offerings from other cruise lines– and Viking intends to use that to plan itineraries and reach ports that larger ships would be unable to reach. The Star’s itineraries will spend more time in ports, as Viking intends for these cruises to focus more on the destinations themselves than many ocean cruises currently do, in their view.

The ship’s onboard amenities include multiple pool areas, multiple bars, a large, three-story atrium in the center of the Viking Living Room (which itself has many areas for relaxation and seating, including a bar and cafe), multiple lounges, a main restaurant and two specialty restaurants (and that doesn’t include the buffet-style World Cafe). The main Theater, along with two side cinemas, provide the primary source of entertainment, while one of the decks contains a “sports deck” with a putting green, bocce ball court, shuffleboard court, and more. Head to the LiV Nordic Spa to relax– or visit the fitness center next door, if you find that more relaxing.

The cabins are relatively large– the smallest of the five cabin classes onboard measures 270 square feet. The larger cabins are the fourteen Explorer Suites, all with two rooms and a balcony, and ranging between 757 to 1,448 square feet in size, for those who desire more space and luxury.

The Star is the first of three ocean cruise ships Viking has ordered; the plan is to have all three on the ocean by 2017. The Star’s initial itinerary is to operate cruises in the Baltic and Mediterranean, ranging from eight to fifty days. To see future cruise itineraries and regions for the Star, pay a visit Viking Cruises.