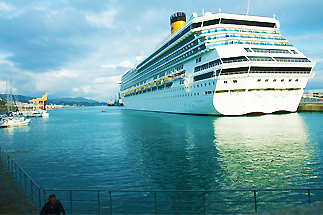 Savona, Italy is a port city that has become a major cruise hub in recent years. Lying between the coast and the mountains, it is part of the Italian Riviera and a popular beach destination for locals as well as visitors from Milan, Tuscany, and Germany. Called the City of Popes, both Pope Sixtus IV and Julius II were from Savona and were responsible for architecture there as well as that of the Sistine Chapel and Michelangelo’s involvement in the project. It is also not far from Monaco and Genoa is a mere hour away. With a medieval town center, there is also a nice urban feel with lots of new shops, bars, and restaurants.