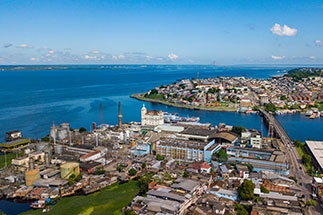 Manaus is the capital of the Amazonas state in northwestern Brazil. Because of its location in the heart of the Amazon Rainforest, it has become the gateway to the breathtaking nature. However, the port still has many attractions and history of its own which makes it the perfect mixture of city and outdoors.