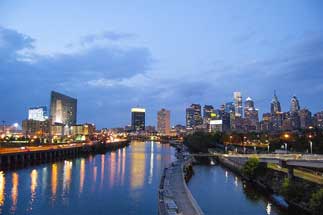 No visitor should leave here without discovering "Americaï¿½s most historic square mile," which covers a meager four blocks just west of the Delaware River. But it's home to such important monuments such as the famed Liberty Bell, Independence Hall, where the Declaration of Independence was prepared and signed, the Congress Hall, first seat of the new United States Congress; Carpenterï¿½s Hall, where the delegates of the first Continental Congress met and aired their criticisms against the English king; and the Old City Hall, home to the U.S. Supreme Court from 1791 until 1800.

Take a trip to some of Philadelphia's historic and traditional museums, such as Mutter Museum, Philadelphia Museum of Art, Franklin Institute Science Museum, Rosenbach Museum, and Please Touch Museum.

If you are a sports fan check out one of many teams in Philadelphia. The Eagles, 76ers, Philly's, and the Flyers to name a few.