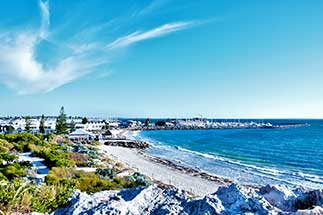 Fremantle is a small port city in Western Australia located very close to Perth and is known for its British colonial roots and maritime history. It was established by British settlers as part of the Swan River Colony in 1829. The city is named after Charles Howe Fremantle. Fremantle is considered to be one of Perth's cultural center, with convict-built colonial era buildings, the old jetty and port, the maritime museum, and many other buildings of general historical interest. Full of easy-going energy this is the perfect place to relax while in Western Australia.

Parking garage is available a short walk from the cruise port