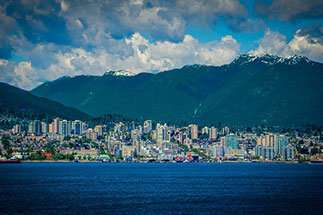 The Port of Vancouver is home port for the Vancouver-Alaska cruise, one of the world's most popular cruises. Just a few minute walk to the downtown attractions, Port of Vancouver is Canada’s largest port. Vancouver offers the perfect blend of urban and natural experiences, with stunning vistas and plenty of activities. There are a wide range of cruise lines that sail out of Vancouver port, including larger vessels, and smaller and more intimate ships.

Catch a hockey or soccer game while visiting Vancouver!

Convenient long-term parking is available at Canada Place for regular height vehicles only. Maximum height is 6’9″.

Driving Directions from Vancouver International Airport to Port of Vancouver