Belgium is a favorite European travel destination. It's very diverse, with influences from many neighboring countries of France, Germany, the Netherlands, and Luxembourg – you'll see many influences in the language, food, and city styles. Belgium has a lot of history to discover, with many of its traditions preserved for tourists to experience. Sightsee around the top cities like Brussels, Bruges, and Antwerp on a Belgium Tour to make the most of your European vacation! With tour operator volume buys plus our low everyday prices you can save up to 40% versus assembling the same itinerary on your own! Book your Belgium tour today with AffordableTours.com, your discounted tour headquarters. View Belgium Tour Deals and Discounts 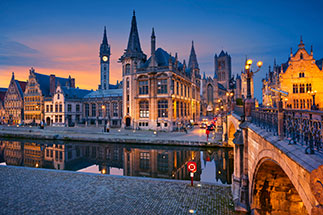 We had an awesome experience throughout our trip.