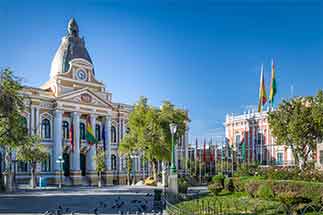 My wife and I thoroughly enjoyed this 12-day trip to the Galapagos Islands and Ecuador, through Gate1. Our group had 17 people, youngest person is in mid-30s. The hotels we stayed were exellent and they were in beautiful scenic places. The places we visited were beautiful. We were quite pleased with our tour guides in the Galapagos Islands and Ecuador. They were very knowledgable, very organized, very professional, and very patient. We felt safe during the entire trip. We didn't feel rushed at all. We were able to learn the culture of the local people and the indigenous people. It was worth the money spent. Overall, an excellent trip. Will definitely go with Gate1 and Affordable Tours.