While Egypt is most well known for its pyramids, it's home to a lot more than that. The country is filled with great tombs, museums, temples, and other natural habitats that should be explored by everyone visiting Egypt. Arguably, one of the best ways to explore the country is by going on a tour. With tour operator volume buys plus our low everyday prices you can save up to 40% versus assembling the same itinerary on your own! Book your Egypt tour today with AffordableTours.com, your discounted tour headquarters. 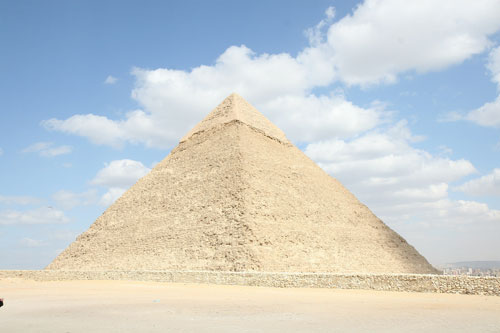 Egypt Tours When To Visit

What are Egypt Tours?

Egypt tours are the perfect way to travel for travelers who don't like to plan out all their trips' nitty-gritty details. Honestly, all you have to do is pack your bag and get ready for the adventure of a lifetime when going on an Egypt tour. All the transportation, accommodation, and meals of your trip will be planned out for you!

What’s included on an Egypt Tour?

Egypt tours include a tour director who will be with you throughout your tour. Your director will help you along your travels and answer any questions that you may have regarding the tour or the country itself. Your tour guide will also possibly enlist other local tour guides to help enhance your Egypt tour experience. Also, Egypt tours include transportation, meals, and accommodations. All of your itineraries will be planned out for you. Most days will consist of morning excursions with your tour group, and then you can do what you'd like during the afternoon.

No Egypt tour is better than another because they're all so different. So, it's hard to say what the best tour for Egypt is! It truly depends on what you're interested in. How long would you like your vacation to be? What's your budget? Are there certain places in Egypt that you must-see during your visit? These are all critical questions to ask yourself when planning your trip and booking your Egypt tour. If you find that you're struggling to find the tour that is best for you, then give one of our tour experts a call. They'll be happy to help you find the tour of your dreams so that you can have a memorable experience!

How much do Egypt Tours cost?

All Egypt tours have a different cost because they vary so much in length and stops along the way. Each tour operator may also have additional fees associated with their tours. You'll find that some tours cost as little as $90 a day while others cost closer to $200 a day. Make sure you do your research when booking your tour.

The excursion to Memphis/Sakkara and to the west bank should be standard on the trip and NOT an option. Both are so important on this trip and making them optional does not make any sense.

Overall an awesome experience. Our tour guide was very knowledgeable and passionate about his subject. The selection of sites was thoughtfully put together. I did not like the fact that while on the boat the WiFi signal was not av at available in my room and very weak in designated parts of the boat. The room was often too cold and I learned late in the cruise that the boat was not outfitted with heat.