For a relatively small country, there is a lot to see in England. From royal buildings and world famous artwork to architectural sites and buzzing cities, England is full of must see landmarks. Add Stonehenge, Big Ben, Westminster Abbey and Buckingham Palace to your list to visit. England also has a wide array of museums such as The Natural History Museum, the British Museum, the National Gallery in Trafalgar Square and the National Railway Museum in York. As a large-scale seller of England tours and England vacations, we are able to save our travelers up to 40% off. Which means you can experience more events like Changing of the Guard, more natural beauty in the Lake District, and more famous landmarks like Tower Bridge. When our travelers book their England tours with us, they will experience unbeatable low prices and our award-winning customer service. With tour operator volume buys plus our low everyday prices you can save up to 40% versus assembling the same itinerary on your own! Book your England tour today with AffordableTours.com, your discounted tour headquarters. View England Tour Deals and Discounts 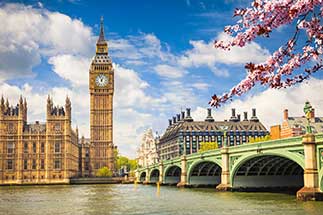 England Tours Things To Do

Want to know the best time to visit England? Thankfully, England is pretty temperate and is enjoyable at any time of the year. With no extreme weather to worry about, you won't have to plan around the weather too much.

Reviews for England Tours and Vacations

Only complaint was that the hotel did not service our room in Amsterdam.