This landlocked country in Central Asia is also known as the Land of Sky for its never-ending green lands. Mongolia is special because of its long history of Mongol Emperors that ruled almost 22% of the entire world for hundreds of years. This rich history is preserved in the museums of urban Mongolian cities. Being the 18th largest country with just around 3 million people, it is one of the world's most sparsely populated countries. Pasturelands spreading to over 75 percent of the total land make this country a paradise for travelers who love to wander and admire Mother Nature. With tour operator volume buys plus our low everyday prices you can save up to 40% versus assembling the same itinerary on your own! Book your Mongolia tour today with AffordableTours.com, your discounted tour headquarters. View Mongolia Tour Deals and Discounts 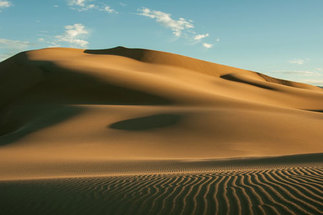 Mongolia Tours Things To Do

Mongolia is a dry but cold country, which is why summers in Mongolia are not humid but the winters are extremely cold. June through August is the peak season for tourism in Mongolia not only because of the pleasurable weather but also because of the Naamad festival, which is the most awaited festival in Mongolia and a lot of tourists visit Mongolia during this period only to participate in the festival. This festival is fun-filled with games and activities that will make your stay in Mongolia a memorable one. Considering all of these factors the general perception is that the best time to visit Mongolia is during summers.

Reviews for Mongolia Tours and Vacations

My fifth trip with G Adventures and this is the third in which the group leader was too laid back, hardly spoke to give info on the country or places visited, rarely gave a time frame for stops or itinerary. The drives were too long for the value of the attractions. This company really gives you the minimum. It was still a great experience and I enjoyed some wonderful places but I probably should look for a different operator next time.

We were disappointed with this trip. The hotel rooms were of low quality. The tour manager gave us minimal information along the way. We felt like the price we paid was excessive given the quality of the experience. Very few meals were included. The train accommodations were of very low quality. We would not recoil it.

We were disappointed with this trip. The hotel rooms were of low quality. The tour manager gave us minimal information along the way. We felt like the price we paid was excessive given the quality of the experience. Very few meals were included. The train accommodations were of very low quality. We would not recoil it.