Nepal is a top travel destination with one of the best-preserved cultural heritage and natural attractions in the world. Travel to the "roof of the world" to experience breath-taking views of Mount Everest, a visit to one of the largest stupas in the world, UNESCO World Heritage sites, and explore the traditional way of life of the Nepalese. Nepal Tours take visitors on guided excursions around the beautiful country for an unforgettable vacation. With tour operator volume buys plus our low everyday prices you can save up to 40% versus assembling the same itinerary on your own! Book your Nepal tour today with AffordableTours.com, your discounted tour headquarters. View Nepal Tour Deals and Discounts 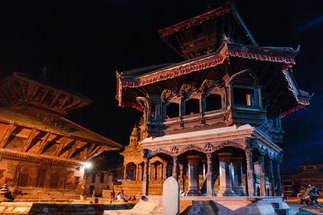 Nepal Tours Things To Do

Nepal experiences all four seasons in addition to having a monsoon season. Planning a trip to the country means that you'll have a lot to consider when finding the best time to visit. Nepal's high season lasts from October to December, which overlaps two seasons.

Reviews for Nepal Tours and Vacations

Mansi our tour director was great she was like a nanny. She took care of every aspect of our trip with love and care. She showed us the real India and Nepal which is important to have a true overview of these beautiful and complex countries

We had a good time with our Golden Triangle with Nepal Tour operated by Gate 1. Full packed iterinary. Tired but happy.