Located in southeastern Europe, Romania is best known for the forested area of Transylvania, surrounded by the Carpathian Mountain range. You can see fortresses and old historic churches in towns that date back to medieval times, such as Sighisoara. One of the town's main attractions is Bran Castle, which is associated with the legend of Dracula. Another popular site is Palatul Parlamentului, a massive Communist-period government facility in the capital of Bucharest. Most Romania tours start in Bucharest and are accompanied by a knowledgeable, English-speaking tour guide. Not only can you learn more about Romania's culture and history, but you can also see some wonderful natural sites, such as the Bicaz Gorges. Religious landmarks, fairytale castles, and legendary structures will provide an excellent and memorable tour experience. With tour operator volume buys plus our low everyday prices you can save up to 40% versus assembling the same itinerary on your own! Book your Romania tour today with AffordableTours.com, your discounted tour headquarters. View Romania Tour Deals and Discounts 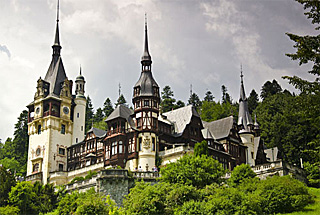 Romania Tours Things To Do

The best time to visit Romania is from May to September when the temperatures are perfect for both sightseeing the city attractions and spending the day relaxing at the Black Sea beaches.

Reviews for Romania Tours and Vacations

This tour is the best. My tour guide Iuliana Codreanu is the best guide I have ever encountered. She mixes with us, very friendly and cordial, she makes us her no. 1 priority. That is why I really enjoyed. Hotels superb except for the one hotel so outdated and dirty . We couldn't stay in the other hotel for it was fully booked so we stayed in this hotel middle of no where. Bucharest is a beautiful country .