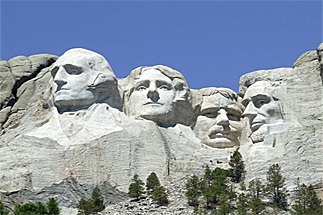 United States Tours Things To Do

United States Tours When To Visit

The United States is a beautiful place to visit. Its sprawling geography is vast and varied and there's nothing more american than a road trip around the US. From the flatlands in the southeast to the ice caps in Alaska, there's a little bit of everything here for everyone. Because the weather from one place to another is so different, you'll need to know the best time to visit for the area you're going.

What Are United States Tours?

United States tours are prepackaged trips with a set itinerary and dedicated tour manager. Many people who want to take a United States vacation want to avoid all the planning and logistics involved in a big week or two week foreign trip abroad and are looking to save money by doing it all in a package instead of piecing things together at full price. The trip is led by a tour director who will take care of all the services from beginning to the end of your vacation. Your tour director connects you with local tour guides who will have a lot of knowledge on the specific cities you explore. Typically, hotels, transportation throughout your trip, some meals and sightseeing are arranged and included with the price of your USA tour.  One way to take in America's stunning natural beauty is on a tour of its National Parks of the southwest. You'll want to make sure you have plenty of batteries in your camera to capture images of the striking rock formations in such parks as Arches, Bryce and the amazing Grand Canyon.  View all discounted USA tours here

Generally, a United States tour will include as many services as possible, giving you less to worry about. Usually  included on your United States tour are: transportation (getting from place to place while on tour), accommodations, most meals, and the services of a dedicated tour director. As per the itinerary, certain sightseeing opportunities are also included: tickets to special VIP access to the most famous landmarks, skip the lines, and when available, access to a personal local guide for expert commentary.

The best United States tour is the one that fits your budget and schedule! The most popular tour operators are Globus, Trafalgar, Insight Vacations, Cosmos, Costsaver, CIE Tours, Intrepid, Tauck and others. You can't go wrong with any USA tour.  Please speak with one of our travel consultants to find the best tour for you!

How Much Do United States Tours Cost?

You can book an affordable United States tour starting from under $99 per day per person. Besides our award winning customer service, the best part about booking with AffordableTours.com is you will always receive a discount on your USA tour. We are committed to providing you with the lowest prices on all top tour operators. No one beats our prices on all of our  USA tours!

AFFORDABLE TOURS IS GREAT, RICHARD IS ABSOLUTELY THE BEST TRAVEL AGENT I HAVE EVER WORKED WITH!!

We had a wonderful tour guide, Edel, who went out of his way to may everything interesting and comfortable.

Try to get Manuel for your tour guide. He knows so much about the flora and fauna of Mexico, plus his history lessons on Mexico were fascinating. He made our meals so relaxing because we were able to choose our food ahead of time and never had to wait more then five minutes to be served. The hotel were chosen for variety and our rooms were always ready when we arrived, Check in was fast and easy. There were 39 of us on the trip, but it never felt crowded or over booked. Our driver was so professional and always stopped at railroad crossings, unlike the bus driver who drove a school bus, for one of our extra adventures, and never stopped at any railroad crossings.. We were able to visit a variety of homes to talk with people living in Mexico. There was just so much to do each day that we were never bored. Potty breaks were taken regularly and Manuel always asked us how we were doing and was there anything he could do for us.. All and all it was one of the best trips I have taken in a very long time..