While Egypt is most well known for its pyramids, it's home to a lot more than that. The country is filled with great tombs, museums, temples, and other natural habitats that should be explored by everyone visiting Egypt. Arguably, one of the best ways to explore the country is by going on a tour. With tour operator volume buys plus our low everyday prices you can save up to 40% versus assembling the same itinerary on your own! Book your Egypt tour today with AffordableTours.com, your discounted tour headquarters. View Egypt Tour Deals and Discounts 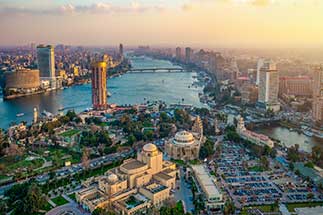 Lovely trip to Jordan and Egypt for my family filled with history and beautiful hotels.

My guide from Intrepid Tours was beyond outstanding. He was off the charts fantastic. My son and I learned so much and saw so much. He had a great sense of humor and energy that kept the busy schedule going. He is the same age as my son who went on the trip with us, so that made the trip even more fun for my son. All the events were excellent.

The guide in Egypt and the guide in Jordan or absolutely fabulous. So knowledgeable about their countries and showed such a passion.