Malawi Tours Divided by the Great Rift Valley and massive Lake Malawi, Malawi sits in southeastern Africa. The southern part of the country lies in Lake Malawi National Park, which serves as a shelter for wildlife, all the way from baboons to fish. The clear waters of Lake Malawi make it a popular destination for boaters and hikers as well. Cape Maclear, in the small country, is known for its beach activities and resort accommodations. When touring Malawi, travelers may go on safari, bike, birdwatch, or hike. Water sports activities also abound in the form of swimming, diving, snorkeling, and canoeing. Whether you want to see village life up-close or wish to hike through a baobab forest, you will find a Malawi tour that will meet with your travel plans and budget. With tour operator volume buys plus our low everyday prices you can save up to 40% versus assembling the same itinerary on your own! Book your Malawi tour today with AffordableTours.com, your discounted tour headquarters. View Malawi Tour Deals and Discounts 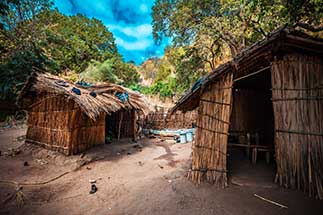 Malawi Tours Things To Do

Malawi has two seasons, a dry season and a rainy season. The best time to visit is during the dry season in the months of May to August when the temperatures are the coolest. However, during this time the nights are also a bit cold os it best to pack a light jacket.