The country of China is home to a unique culture, beautiful cities, and breathtaking natural sites and national monuments. You truly won't be at a loss for things to do when visiting China. If you're lucky enough to be going on a China tour, be sure to try to check out some of the country's best highlights! With tour operator volume buys plus our low everyday prices you can save up to 40% versus assembling the same itinerary on your own! Book your China tour today with AffordableTours.com, your discounted tour headquarters. 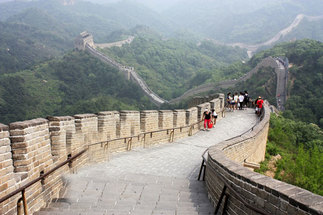 China Tours When To Visit

What are China Tours?

China tours are perfect for you if you don't like having to think too hard about your day-to-day itinerary! On a China tour, you'll stop at many of the country's most incredible spots that you absolutely shouldn't miss. You'll genuinely have the chance to visit all the highlights, and what's even better is you'll have an educated guide with you the entire time, so you can get all of your questions answered. By the end of your trip, you'll love the beauty of China!

What’s included on a China Tour?

A China tour includes access to a tour guide who will plan out your itinerary for you. All you have to do is pack your bags and get ready each day for adventures! This is the best way to travel without the extra hassle. In addition to your main tour guide/director, you'll most likely have local guides throughout your tour, which will help introduce you to other areas across China.     Oftentimes, accommodation, transportation, and meals are included in your price, though it may not be every day. That's why you must do your research when booking your China tour.

No China tour is better than another! Each tour is so drastically different, so you'll have to find the China tour that is best for you, your budget, and your allotted vacation time. Some of the tours will visit larger cities more often, while others might focus more on outdoor activities. It truly depends on what you're interested in!

How much do China Tours cost?

Every China tour has a different cost, depending on the length, the tour operator, and the stops along the tour. Some cost as little as $80 a day, while others cost upwards of $150 a day. No matter your budget, you're sure to find a perfect tour for your needs. By booking a China tour through Affordable Tours, you can save up to 40%!