For a relatively small country, there is a lot to see in England. From royal buildings and world famous artwork to architectural sites and buzzing cities, England is full of must see landmarks. Add Stonehenge, Big Ben, Westminster Abbey and Buckingham Palace to your list to visit. England also has a wide array of museums such as The Natural History Museum, the British Museum, the National Gallery in Trafalgar Square and the National Railway Museum in York. As a large-scale seller of England tours and England vacations, we are able to save our travelers up to 40% off. Which means you can experience more events like Changing of the Guard, more natural beauty in the Lake District, and more famous landmarks like Tower Bridge. When our travelers book their England tours with us, they will experience unbeatable low prices and our award-winning customer service. With tour operator volume buys plus our low everyday prices you can save up to 40% versus assembling the same itinerary on your own! Book your England tour today with AffordableTours.com, your discounted tour headquarters. 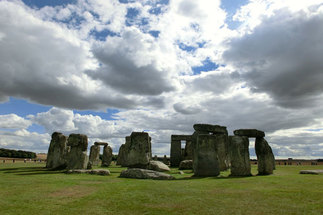 England Tours Things To Do

England Tours When To Visit

Want to know the best time to visit England? Thankfully, England is pretty temperate and is enjoyable at any time of the year. With no extreme weather to worry about, you won't have to plan around the weather too much.

England tours are prepackaged trips with a set itinerary and a dedicated tour manager. Many people who want to take an England vacation want to avoid all the planning and logistics involved in a big week or two-week foreign trip abroad and are looking to save money by doing it all in a package instead of piecing things together at full price. The trip is led by a tour director who will take care of all the services from the beginning to the end of your vacation. Your tour director connects you with local tour guides who will have a lot of knowledge on the specific cities you explore. Typically, hotels, transportation throughout your trip, some meals, and sightseeing are arranged and included with the price of your England tour.  Most England tours begin in London, a treasure-trove of important architectural sites, royal buildings, theatre experiences, and a myriad of shops and world-famous department stores. In fact, you could spend a week or more in London and never get bored!

What's Included on an England Tour?

Generally, an England tour will include as many services as possible, giving you less to worry about. Usually included on your England tour are transportation (getting from place to place while on tour), accommodations, most meals, and the services of a dedicated tour director. As per the itinerary, certain sightseeing opportunities are also included: tickets to special VIP access to the most famous landmarks, skip the lines, and when available, access to a personal local guide for expert commentary.  London landmarks include Westminster Abbey, Big Ben beside the River Thames, and St. Paul's Cathedral. Snap photos of the ceremonial Changing of the Guard at Buckingham Palace, admire the Crown Jewels at the Tower of London and see the sculptures and statues in Trafalgar Square.  View all discounted tours here!

The best England tour is the one that fits your budget and schedule! The most popular tour operators are Globus, Trafalgar, Insight Vacations, Cosmos, Costsaver, CIE Tours, Intrepid, Tauck, and others. You can't go wrong with any  England tour. Please speak with one of our travel consultants to find the best tour for you!

How Much Do England Tours Cost?

You can book an affordable England tour starting from under $99 per day per person. Besides our award-winning customer service, the best part about booking with AffordableTours.com is you will always receive a discount on your England tour. We are committed to providing you with the lowest prices on all top tour operators.  No one beats our prices on all of our England tours!

Reviews for England Tours and Vacations

I found Globus Tours (sold by Affordable Tours) to be a good mix of guided tours and free time. The extra excursions offered were excellent and well organized.

Kasia was the best tour guide I've had on any trip!! She made the experience amazing with her stories, jokes and making sure we were always on time and knew where we were hoping. Giovanni was an amazing driver!!! No clue how he manages that traffic and small streets without any issues. Best trip yet!!!! I am hoping to get them both for another trip again.