Located on the French Riviera, Monaco is a tourist destination all its own. It's particularly known for being one of the world's wealthiest places, so you know your tour will bring absolute luxury. You'll get to explore the rich history and unique nature, experience the incredible casinos and nightlife, and go on brand new adventures every single day of your tour. With tour operator volume buys plus our low everyday prices you can save up to 40% versus assembling the same itinerary on your own! Book your Monaco tour today with AffordableTours.com, your discounted tour headquarters. View Monaco Tour Deals and Discounts 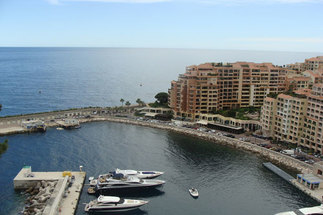 Monaco Tours Things To Do

Monaco has a Mediterranean climate with temperatures reaching the 80s and dropping to the 50s in the cooler season. The temperatures are very pleasant most of the year so it is always a pleasant time to travel to Monaco and the best part is that there are many activities year-round.

Reviews for Monaco Tours and Vacations

I absolutely loved this trip! I am excited to go another trip next year to Italy.

Our tour director was amazing! This trip met every expectation we had. We are exhausted but happy!