For a country that's roughly one-third the size of New York State, Holland packs quite a punch. Centuries-old windmills in picturesque countryside, breathtaking tulip fields, world-renowned museums, and the best cheeses in the world make The Netherlands a diverse and vibrant destination for a soul-satisfying vacation. With tour operator volume buys plus our low everyday prices you can save up to 40% versus assembling the same itinerary on your own! Book your Holland tour today with AffordableTours.com, your discounted tour headquarters. View Holland Tour Deals and Discounts 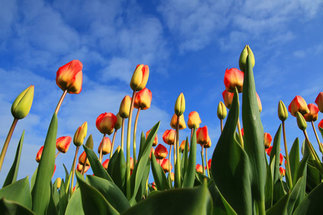 Holland Tours Things To Do

The Netherlands is a popular destination in Europe during the summer months. July and August are particularly busy when schools break up in many parts of the world. If you want to avoid big crowds in the popular attractions, consider the shoulder months of April and May when the weather is decent and the parks and gardens are blooming.

Reviews for Holland Tours and Vacations

Great Christmas River cruise from Vienna to Amsterdam. The Monarch Empress crew are HIGHLY commendable for their professionalism and consistent excellent service during this cruise. It's the best cruise we have taken so far. AWESOME!!!