Indonesia represents a vast number of islands. In fact, the country, which lies in the Pacific and Indian Oceans and between Oceania and Southeast Asia, makes up over 17,000 islands. Some of the well-known isles include Java, Borneo, New Guinea, and Sulawesi. Therefore, trips to Indonesia, feature travels by boat, and once-in-a-lifetime tropical excursions. If you are seeking adventure or wish to truly escape, an escorted island tour is something to strongly consider. Plus, you don't have to necessarily travel to the main islands on your trip. There are plenty of adventures waiting in the lesser-known island locales. With tour operator volume buys plus our low everyday prices you can save up to 40% versus assembling the same itinerary on your own! Book your Indonesia tour today with AffordableTours.com, your discounted tour headquarters. View Indonesia Tour Deals and Discounts 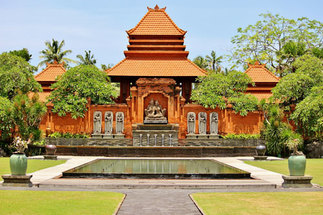 Indonesia Tours Things To Do

While it is best to visit Indonesia during its dry season, or in May, June, or September when you visit also depends on where you plan to travel and what you plan to do. For example, if you plan to muck dive off the coast of Lambeh Island, you might plan a visit during January. While the rains reduce visibility, this really does not affect macro divers, who scour the sediment for sea creatures and photograph them at deeper depths.

Reviews for Indonesia Tours and Vacations

More Power to Globus!!! I would high;y recommend Globus to all my friends.

Eka provided service and confidence of the knowledge of what was presented. She also went out of her way to pick up laundry from an outside service who one of the travelers thought the clothes were being delivered to the hotel. She provided excellent service throughout the entire time in Indonesia. I would sign up on another trip knowing she will be our tour guide.