Kenya is an incredible destination full of the most stunning African wildlife you can imagine. Many tourists flock to Kenya for the chance to see zebras, wildebeests, gorillas, and more wandering the wild. Your Kenya tour is guaranteed to open your mind to new cultures and stun you with the beauty of the national parks and reserves throughout the country. With tour operator volume buys plus our low everyday prices you can save up to 40% versus assembling the same itinerary on your own! Book your Kenya tour today with AffordableTours.com, your discounted tour headquarters. View Kenya Tour Deals and Discounts 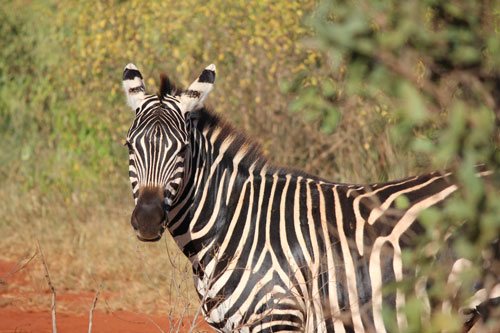 Kenya Tours Things To Do

Kenya has many attractions that make it the perfect destination for almost any time of the year. the weather is split between the rainy season and the dry season. The one time of year that is not recommended for a visit to Kenya is the "long rain" season from March through May. This time of year is incredibly wet and does not lend itself well to safaris or any of the other outdoor activities you may be interested in.

Reviews for Kenya Tours and Vacations

This tour covered all aspects of an African Safari...wildlife, scenery and native culture

My only complaint is, Gate 1 advertised this as "15 day Kenya & Zanzibar- Discovery Small group tour". Only 5 of the 15 total guests continued on to Zanzibar. As a SIngle Traveler I was hoping to be with more people in my group. 2 of the 5 thought they had signed up to continue to Tanzania for Safari ( as did 3 others from the group).

Our guides and communication were excellent. Everything ran smoothly (except those bumpy roads in Africa) and on time.