Mexico is home to beautiful cities, beaches, food, and ruins. Plus, there is so much rich culture in Mexico, no matter where you look. If you're lucky enough to be visiting Mexico on a tour, you'll have a guide with you who will show you everything from the must-see spots to the hidden gems that you'll be happy you found. With tour operator volume buys plus our low everyday prices you can save up to 40% versus assembling the same itinerary on your own! Book your Mexico tour today with AffordableTours.com, your discounted tour headquarters. View Mexico Tour Deals and Discounts 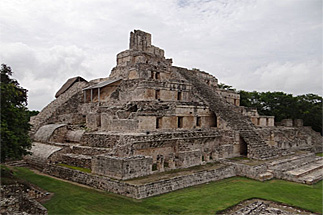 Mexico Tours Things To Do

There is no best time to visit Mexico because the country experiences excellent weather year-round. Of course, it is possible to plan your Mexico tour experience around the busiest times, if you want to avoid the crowds. Not many people visit in the winter, which is part of Mexico's dry season. Learn more about what it will be like to visit during each season as a tourist below.

Reviews for Mexico Tours and Vacations

Hotel in Morelia was not acceptable. Level of noise in the room was unbearable. Bus was too small for 39 people and was not to usual Gate1 standards

Excellent trip. Long drives as it is a remote area.....however sites are not to be missed

AFFORDABLE TOURS IS GREAT, RICHARD IS ABSOLUTELY THE BEST TRAVEL AGENT I HAVE EVER WORKED WITH!!