Located in the southwestern Pacific, New Zealand is a stunning destination that you simply have to see to believe. New Zealand has two main landmasses referred to as the North Island and the South Island. On your New Zealand tour, you'll be able to see the best of both of them. Explore the stunning nature and wildlife, get to know the friendly locals, and experience a completely new way of life. With tour operator volume buys plus our low everyday prices you can save up to 40% versus assembling the same itinerary on your own! Book your New Zealand tour today with AffordableTours.com, your discounted tour headquarters. View New Zealand Tour Deals and Discounts 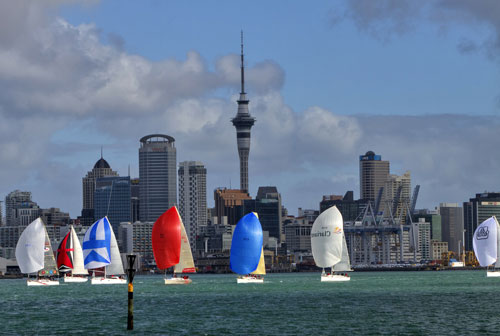 New Zealand Tours Things To Do

Since New Zealand is in the Southern Hemisphere, their seasons are reversed from what most of the world is used to. The temperatures do not change throughout the country but the weather can change unexpectedly during the day.

The combination of the 3-day Sydney stay ahead of the 15-day New Zealand Splendor was perfect. Those first days in Sydney were filled with activities that got us rapidly on the new time zone. New Zealand is so scenic! Our tour guide there was Maori and shared a wealth of insight into the native culture. You should be aware that both tours are operated by the local company AAT Kings, not Trafalgar. However, the service and quality matched or exceeded what we have come to expect from Trafalgar.

The group was too large (48). The seats on the bus were full. I would not want to do another tour with a group this large.