North America is home to some of the most beautiful cities and outdoor experiences that you can explore! No matter what time of year that you visit, you'll find great activities for you to partake in. A North America tour will genuinely make you fall more in love with this area of the world, and you'll surely want to come back before long. With tour operator volume buys plus our low everyday prices you can save up to 40% versus assembling the same itinerary on your own! Book your North America tour today with AffordableTours.com, your discounted tour headquarters. 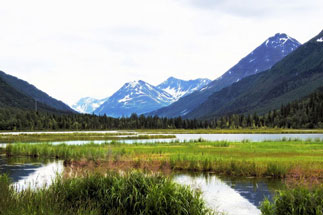 North America Tours When To Visit

What are North America tours?

If you're the kind of traveler who likes every bit of the research for your itinerary done for you, you'll love going on a North America tour. Every bit of the hard work is done for you, making it easier to relax during your trip! These tours come with a great tour director, accommodation, and of course, an itinerary. All you have to do is sit back and enjoy your vacation and soak up all the fantastic places you'll witness along the way.

North America tours include lots of different services, which make it incredibly worth it. Most tours will offer transportation, meals, a tour guide/director, and places to stay along the trip. You'll find that some tours might also provide other inclusions, so make sure you do your research before you book your tour! Some such inclusions include skip-the-line tickets, for example.

Honestly, no two North America tours are the same, so there isn't one that is better than the other. It truly depends on how much time you have and what parts of North America you're interested in seeing. So, try to pick one that fits your budget and interests, and that will be the best North America tour for you!

How much do North America tours cost?

Each North America tour has a different cost, but they start around $100 per day. However, by booking with Affordable Tours, we can guarantee that you'll be securing a fantastic price you wouldn't get elsewhere. You can save up to 40% off by booking through us instead of creating your itinerary and doing the tour yourself.