While South Pacific tours may cover destinations to New Zealand, most of the packages include trips to Fiji (an archipelago of 300 islands) or Tahiti, located in French Polynesia, which is made up of 118 islands and atolls. When people think of the South Pacific, Fiji and Tahiti are often the islands that come to mind. Therefore, South Pacific tours often give you a chance to experience and appreciate the culture of French Polynesia and the opportunity to explore Tahiti's capital Papeete. They also enable to slow your pace and live on Fiji time. South Pacific tours can also lead you to destinations, such as the Solomon Islands, Cook Islands, Tonga, Kiribati, Micronesia, and Vanuatu. With tour operator volume buys plus our low everyday prices you can save up to 40% versus assembling the same itinerary on your own! Book your South Pacific tour today with AffordableTours.com, your discounted tour headquarters. 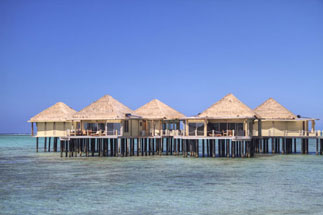 South Pacific Tours When To Visit

What are South Pacific Tours?

South Pacific tours typically last 7 days to 2 weeks, depending on your travel availability. Most of the trips include stays in interesting village settings or at island resorts. You may also stay in a guesthouse in a more remote location. Trip amenities include daily excursions and the prices for admissions to attractions. You will also be accompanied by an experienced, English-speaking guide.

Accommodations, airport transfers, some meals, and the costs associated with private or group travel are all part of a South Pacific tour package, which features daily excursions on its itinerary.

While most tours feature travel to popular destinations, such as Fiji and Tahiti, you will find something to like about all the islands in the South Pacific. Therefore, the best South Pacific tour is the best trip for you – one that meets your travel preferences with respect to outdoor activities, historic sites, and cultural activities. It is also the best trip for what you can afford to spend. That is why you should consult with a travel representative to ensure you get the best South Pacific tour with respect to preferences and cost.

How Much Do South Pacific Tours Cost?

To figure the cost for South Pacific tours, you need to base the pricing on how long you plan to travel, your trip itinerary, and the travel period. A South Pacific tour to Fiji that lasts about 10 days will begin at about $6,200, excluding the flights that allow you to do a little island hopping.