While most people flock to explore Western Europe, Eastern Europe is filled with underrated countries home to unique architecture, breathtaking natural views, and historic castles that are begging to be explored. On an Eastern Europe tour, you'll have the chance to have the experience of a lifetime while you country hop and see all that the area has to offer. With tour operator volume buys plus our low everyday prices you can save up to 40% versus assembling the same itinerary on your own! Book your Eastern Europe tour today with AffordableTours.com, your discounted tour headquarters. View Eastern Europe Tour Deals and Discounts 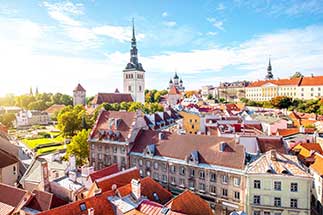 Eastern Europe Tours Things To Do