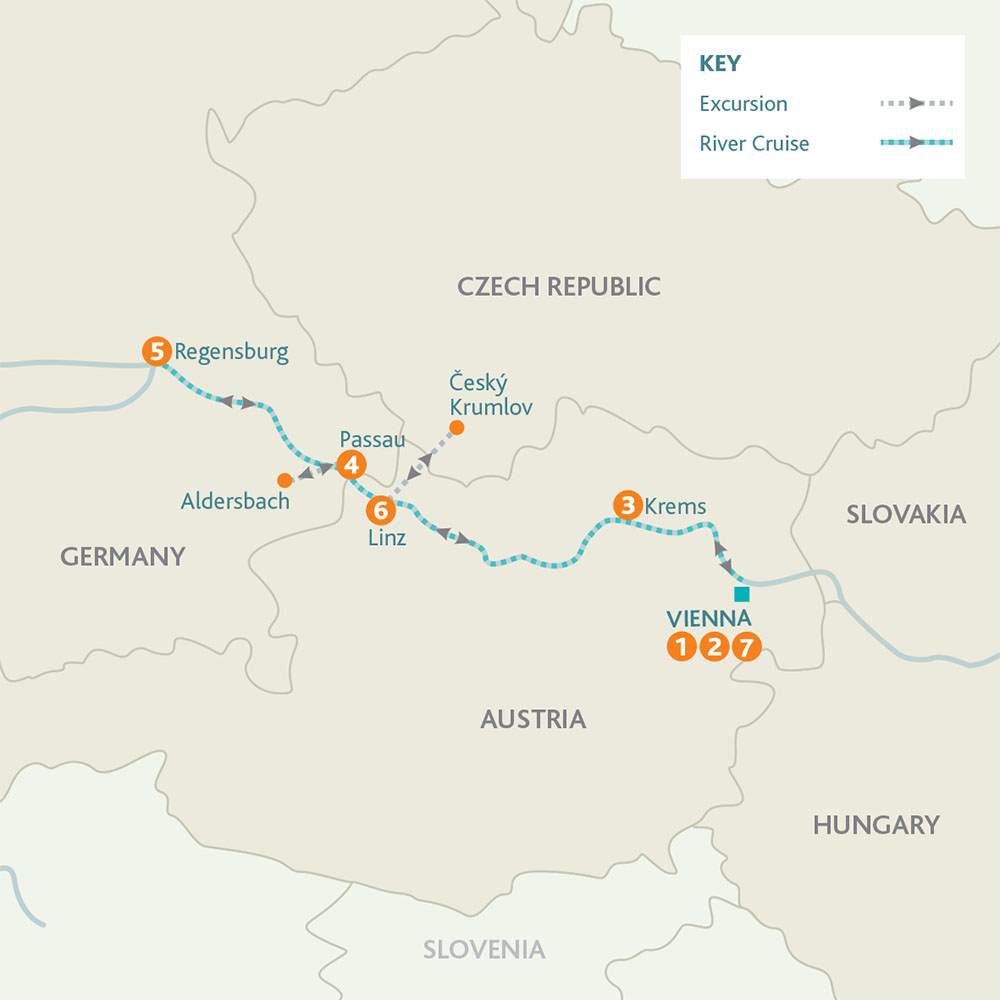 Book now and save up to $2500 per cabin on select itineraries. Contact you travel consultant for details, savings amount varies by length of sailing and cabin category selected. (Not all dates may qualify for additional savings.)
Must Book By Wed, Mar 31, 2021
View Promotion Terms & Conditions ›

You can enjoy €100 per person of ship-board credit on any 8-day European river cruises departing in 2021 and 2022 or €200 per person ship-board credit on any 15-day European river cruises departing in 2021 and 2022. The ship-board credit can be redeemed against on-board purchases only, including gratuities, however credit cannot be redeemed on gratuities on Douro river cruises. Credit cannot be redeemed in cash and no credit will be given for any credit left unspent at the end of the cruise. To receive the offer, you must book via our reservations team and quote “Ship-Board Credit” during your call. Our reservations team member will apply the credit to the booking accordingly This offer is valid on new bookings only, made by February 28, 2021. This offer cannot be combined with our Wave Group Promotion. This offer can be combined with out Wave Retail Promotion. Short cruises below 8 days duration are not included in this offer.

Take a stroll along Vienna’s grand boulevards, admiring its magnificent Baroque architecture and dazzling palaces, before soaking up the historic atmosphere in one of the city’s legendary cafés over coffee and cake as the Viennese have for centuries – here in one of the most elegant capitals in the world. Immerse yourself in its remarkable cultural heritage: with priceless art collections, superb museums, world-famous orchestras and the opera, you’ll be spoilt for choice.Then there’s chance to truly unwind as our exquisite ship takes you on a journey of discovery along one of the most famous waterways in the world, the mighty Danube, which snakes its way between the vine-clad slopes of the picturesque Wachau. Wander the ancient twisting streets of some of the most quintessentially charming towns in the region: breathtakingly medieval Regensburg with its soaring Gothic cathedral and picture-perfect Český Krumlov, set amidst a fairy-tale Bohemian landscape of rolling hills, glittering mountain streams and shimmering lakes. Discover the famous abbeys at Göttweig and Aldersbach, one of the most important Baroque churches in southern Germany, and lose yourself amongst the quaint jumble of houses in delightful Passau and bustling Linz with its fascinating Roman past before we return to glorious Vienna – a spectacular finale to a truly exceptional cruise.

Prices are per person, based on two people sharing a twin cabin with a limited number of single cabins available on all decks, at the relevant supplement. The price includes:  Full board from dinner on your day of arrival until breakfast on your final day; if you choose to travel with us on any of the full day excursions by coach, a packed lunch will be provided. Anyone choosing to stay on the ship may of course have lunch in the restaurant Morning/afternoon tea and coffee All visits and excursions as mentioned Coach travel as mentioned The services of a Riviera River Cruises cruise director and concierge